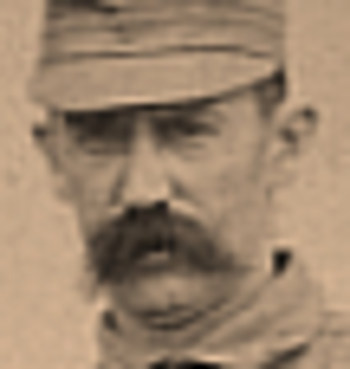 The race for the 1874 National Association pennant tightened on September 21, with the Boston Red Stockings holding just a three-game lead over the second-place New York Mutuals heading into the Tuesday afternoon game on September 22. They’d been up by five games as recently as September 10, but had lost three of their last five games. (The team had been in Europe for nearly two months, not playing a championship game in the NA from July 16 through September 9.)

The Reds batted first, the contest kicking off a few minutes after 3:00 P.M. There were about 1,500 spectators at the game.

Al Spalding had pitched just the day before, a 10-8 loss to the Philadelphia Whites, and one of the Boston newspapers wrote, “(T)he cause of this defeat is plain: Spalding was ‘off.’”1 Red Stockings manager Harry Wright took the mound for Boston. Cal McVey caught.

Spalding had proven mortal. Though he started the season winning every one of the team’s first 16 games, and posted a 52-win season (with a 1.92 earned-run average), he did ultimately lose 16 games. The September 21 game was one of them.  So, as it happened, was September 22.

Spalding started 69 games in 1874; this was one of the two in which he appeared in relief. He started the game playing in center field.

New York scored twice in the first inning, and added a run in the second.  Boston battled back with two runs in the third, and took a 4-3 lead in the top of the fourth. Spalding came in to relieve Wright after four innings. He wasn’t any better. The Mutuals scored three times in the fifth and twice more in the sixth. With single runs in the sixth and seventh, and two more in the eighth, the game was tied heading into the ninth. Mathews was sharp. He got Spalding to ground out to shortstop Tom Carey. McVey went down on three strikes, and Andy Leonard grounded out to the mound, Mathews throwing to first baseman Joe Start.

But third baseman Jack Burdock doubled over left fielder Leonard’s head to lead off the bottom of the ninth. Center fielder Jack Remsen fouled out to Jim O’Rourke at first base. Mathews singled Burdock to third, and catcher Dick Higham lofted a sacrifice fly to Deacon White in right field “which he took handsomely” but which let Burdock score with the winning run.2 Higham had taken over as Mutuals manager from Carey; the team had been 13-12 under Carey, but were 29-11 under Higham.

The Boston Journal said the Mutuals simply outplayed the Red Stockings. Boston played most of the game as an “up hill game.”3 Seven errors cost Boston some runs, though New York committed six. To the extent that luck played a role, it was “evidently against them.”4 Three of New York’s runs were earned runs, including the game-winning run; two of Boston’s runs were earned.

The umpire was Billy McLean of Philadelphia. The Boston Globe reported, “The umpiring was satisfactory, but the crowd, or a part of it, were very boisterous in expressing their disapproval of some of their rulings.”5

The win was the 12th championship game win in a row for the New York Mutuals. Two days later the Mutuals beat Boston once again, shaving the Red Stockings’ lead to just one game.  New York’s win streak ran to 16 games in all, but in a regular season that extended all the way to October 30, Boston went on to go 20-5 and by season’s end 7½ games up over New York.

1 “Base Ball,” Boston Daily Advertiser, September 22, 1874: 1. Three of Philadelphia’s runs had scored on wild pitches and one on a passed ball.