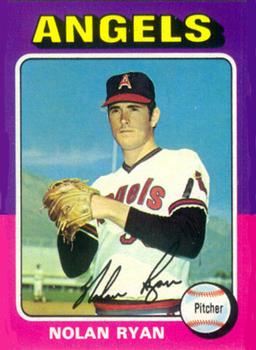 “I knew this would probably be my last start of the season,” remarked California Angels speedballer Nolan Ryan. “I said to [catcher] Tom Egan, ‘I think I’ll let it all hang out. What do I have to lose?’”1 The Ryan Express overpowered the Minnesota Twins, striking out 15, and also overcame eight walks to conclude the season with a no-hitter, the third in his last 72 starts. “I think I was throwing as hard right from the start as I have in any game this year,” opined the laid-back Texan.2 Longtime Twins stalwart Tony Oliva didn’t need convincing: “He was throwing BBs.”3 An exhausted Ryan seemed relieved after the game. “It was a struggle,” he admitted. “Any time you are as wild as I was, you have to be fortunate.”4

Ending the season with a memorable performance was nothing new to Ryan, whom the Angels had acquired from the New York Mets after the 1971 season in one of the most-lopsided trades in baseball history.5 In his last start of the 1973 season, Ryan hurled an 11-inning complete game to defeat the Twins, striking out 16 to set a new major-league record with 383 punchouts. The 27-year-old right-hander got off to a sluggish start in 1974, walking 57 in his first 67⅓ innings with an ERA north of 5.00, before heating up. In a 16-start stretch, from June 14 to August 20, he struck out 19 batters on three different occasions; at the time no pitcher in history had ever fanned 19 more than once in a career. After tossing two no-hitters in ’73 (whiffing 12 against Kansas City on May 15 and 17 against Detroit on July 15), Ryan seemed destined for number three in 1974, holding Chicago hitless for 8⅓ innings on August 7. However, Ryan was tagged for three singles and eventually lost the game, 2-1. “You have to put thoughts like that out of your mind,” said the level-headed Ryan, who entered the last start of the season with a 21-16 record and a 2.98 ERA.6

Other than pride and a chance for more heroics from Ryan, the Angels had little to play for as they closed out the season with a five-game homestand. Led by Dick Williams, their third skipper of the season, the Angels had the worst record in the AL (64-94), trailing the Oakland A’s by 24 games in the AL West. A match-up with their divisional opponent, the third-place Twins (81-77), drew a modest crowd of 10,872 to Anaheim Stadium, affectionately known as the “Big A.”

Ryan began the game by recording the first six outs by strikeout while also issuing two walks. Even before the game, pitching coach Billy Muffett suspected that Ryan was in for a special night. “I don’t like to say this,” he said to the manager, “but warming up, he’s throwing faster than I’ve ever seen him.”7 In the third Ryan issued consecutive one-out walks to Steve Brye and Rod Carew, but worked out of the jam by inducing Steve Braun to fly out to short left and fanning Bobby Darwin.

The Angels, the league’s lowest-scoring team, bunched five of their seven hits and benefited from two walks and an error to manufacture runs in the third and fourth innings. Rudy Meoli rapped a double to left field off Minnesota’s starter, 27-year-old right-hander Joe Decker (16-13, 3.29 ERA), to lead off the third, and moved to third base on Egan’s sacrifice bunt. Morris Nettles singled to knock in Meoli for the first run of the game, and stole second. Denny Doyle followed with a tapper back to the mound that Decker fielded cleanly. According to the Los Angeles Times, Decker threw quickly to third baseman Steve Braun to trap Nettles in a rundown.8 Ultimately, Nettles was awarded third when Braun was charged with obstruction. Braun’s error led to the Angels’ second run when Nettles scored on Bruce Bochte’s sacrifice fly. After Joe Lahoud’s single ended Decker’s outing, reliever Bill Butler whiffed Leroy Stanton to escape a jam.

The Angels loaded the bases with no outs in the fourth with walks to Dave Chalk and Meoli sandwiched around John Balaz’s single, which shortstop Luis Gomez misplayed on the relay throw from right fielder Bobby Darwin. Nettles lined a one-out single to center, driving in Chalk and Balaz (the later run was unearned) for a 4-0 Angels lead. In his attempt to advance to third, Meoli was trapped in a rundown and retired. Moments later Nettles committed another blunder on the bases for the Angels to end the inning when he was caught stealing.

While the Angels managed only one infield hit over the final four innings, Ryan’s biggest threat was initially his control. In a scene of déjà vu, he issued one-out walks to Brye and Carew in the fifth. Brye reached third on Braun’s grounder, which forced Carew at second. But the Express fanned Darwin looking to end the frame. Walks were nothing new to Ryan, who was en route to leading the majors in that dubious category for the third consecutive season. He had issued 10 free passes in a game twice in 1974, and eight on six other occasions. But his batterymate, Tom Egan, rejected any claim that Ryan was wild in this game. “He was pitching in and out tonight and never gave them a good strike to hit. … I have seen him faster.”9 Said Ryan, “[I was] pitching for the corners, even when I was behind. We were moving in and out on ’em all night.”10

Ryan breezed through the final four innings, fanning six, including Carew for the second time to end his season-long 18-game hitting streak. According to the game stories in the Los Angeles Times and the Herald-Examiner, there was nothing close to a hit and not one defensive gem. By the seventh inning, the Angels faithful were cheering every pitch Ryan threw. With one out in the seventh, the crowd took a deep breath when Glenn Borgmann hit a deep ball that left fielder John Balaz caught routinely on the run.

The heart of the Twins order stood between Ryan and a no-hitter in the ninth inning. Ryan retired Oliva on a fly ball to center for the first out. The eight-time All-Star managed just five hits in 40 career at-bats against Ryan. The Express rang up Larry Hisle with his 14th punchout of the game. Hisle, a future All-Star, got accustomed to that outcome: he fanned 29 times in 67 at-bats against Ryan while managing just 11 hits. The crowd greeted 38-year-old Harmon Killebrew, pinch-hitting for Pat Bourque, with a loud round of boos. “I didn’t want to walk him,” Ryan said, “but I wasn’t going to give him a pitch to hit.”11 Ryan kept the ball away from the pull-hitting aging slugger and walked him. After Erik Soderholm fouled off two fastballs, Ryan whiffed him on a 2-and-2 sinking curveball to complete the no-hitter in 2 hours and 22 minutes.

In his modest demeanor, Ryan nonchalantly walked off the mound without the first-pumping, chest-pounding histrionics that have since become commonplace in sports. He was mobbed by his teammates at the foul line on his way to the clubhouse. He returned to the field to doff his cap to the still-cheering fans.

After the game Ryan was more interested in talking about his teammates than himself. “I want to give credit to Egan,” he said. “He caught an outstanding game and I never shook him off once.”12 According to the Times, Ryan made 158 pitches which the paper described as “just about average” for him.13 “A brick wall wouldn’t have stopped his ol’ No. 1,” Egan said.14 It was the sixth time of the season that Ryan fanned at least 15 in a game, and 13th time in a career-high 41 starts that he whiffed 10 or more. “Ryan was humming that seed,” Killebrew said.15

“As far as my velocity and my curve, I think tonight was better than Kansas City and Detroit,” said Ryan when asked to compare this no-hitter with the two he tossed the previous season. “But my control wasn’t any good.”16 He joined Bob Feller and Larry Corcoran, a star right-hander for the NL Chicago White Stockings (later renamed the Cubs) of the 1880s, as the only pitchers to toss three no-hitters, and was one away from Sandy Koufax’s then seemingly untouchable record of four. “I guess you could say I was wild,” said Ryan with a chuckle. “I had good stuff all the way except the seventh when I felt I lost a little.”17 Ryan finished the season with a career-high 22 victories, while leading the majors in innings pitched (a career-most 332⅔), strikeouts (367), walks (202), fewest hits per nine innings (6.0) and strikeouts per nine innings (9.9). He finished third in the American League Cy Young Award voting behind a pair of 25-game winners, Oakland’s Catfish Hunter and Fergie Jenkins, in his first season with Texas, after several dominating seasons in the National League with the Chicago Cubs.

5 In a blockbuster trade, the New York Mets sent Ryan, Leroy Stanton, Don Rose, and Frank Estrada to the Angels for six-time All-Star infielder Jim Fregosi, who played in just 146 game for the Mets over the next two seasons.