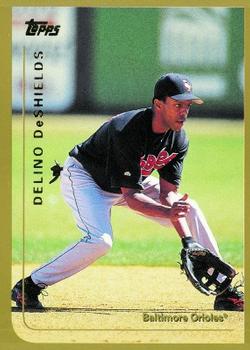 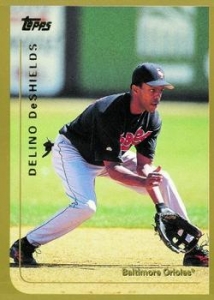 With four games left in the 2000 season, the only role available to the Baltimore Orioles was that of spoiler. The Toronto Blue Jays were trying to make the playoffs, and the Orioles stood in their way. With four games left to play, Toronto (83-75) was 4½ games behind the American League East Division-leading New York Yankees (87-70). The Boston Red Sox (83-75) were a game ahead of Toronto.

After winning the division crown in 1997, the Orioles (70-88) found themselves once again destined to finish the season in fourth place.1 Despite this, an announced crowd of 32,203 fans showed up at Oriole Park at Camden Yards to cheer their home team on. In fact, the Birds had already drawn over 3 million fans for the year, a mark good for fourth-best in all of baseball.

Right-hander Pat Rapp was tagged to start for Baltimore, seeking his ninth win in his final start of the season. His last win came on September 13 in Texas, which coincidentally was the last time the Orioles had scored more than two runs in an inning. Rapp had won only three of his previous 19 starts, and his earned-run average was a disappointing 6.09. Toronto countered with Chris Carpenter. The 6-foot-6-inch right-hander was making his first start since September 16, when he was struck in the face by a liner from Chicago’s José Valentin. His ERA was 6.17 entering the game. Blue Jays manager Jim Fregosi was hoping to get a few good innings from Carpenter.

Rapp was perfect through the first three innings. Carpenter was not, struggling from the first batter. On a 2-and-1 count, Carpenter allowed a leadoff home run to Brady Anderson, his 200th career home run and seventh leadoff homer of the season (and the 43rd leadoff home run of Anderson’s career). With one out, Delino DeShields walked and scored when Chris Richard doubled. Cal Ripken singled, driving in Richard, and the Orioles never looked back.

Shannon Stewart singled to start the Toronto fourth and made it as far as third base but was stranded when Carlos Delgado struck out. In the Orioles fourth, Fregosi brought right-hander Roy Halladay in to pitch. (Remember, Toronto was trying to get into the playoffs.) This was only Halladay’s second full season in the majors, and he split time as a starter and reliever. Fregosi’s strategy didn’t work: 13 Baltimore hitters stepped into the batter’s box. Anderson walked and Hairston reached on an error by Grebeck for the second time in the game. An out later, Albert Belle hit an RBI single past the shortstop (Anderson scored), and then Richard forced Belle at second (with Hairston taking third). With Ripken at the plate, Halladay had a chance to escape the inning with only one run allowed, because he had Hairston picked off at third. In the ensuing play, however, Blue Jays catcher Alberto Castillo made an error and Hairston scored.

As the Orioles were given new life in the inning, Ripken, Melvin Mora, Fordyce, and Kingsale all singled. That was it for Halladay. He had faced nine batters and recorded only two outs. Southpaw Lance Painter trotted in from the bullpen and gave up a two-run double on his first pitch to Anderson. Hairston singled and DeShields homered, driving in three more runs. Belle flied out and the inning finally ended. When the bottom of the fourth was over, Baltimore had scored 10 runs in the inning and led 16-0. The 10 runs tied a club record for the most runs in an inning.2 And every one of them was unearned.3

Rapp gave up one hit to start the fifth, a home run to Darrin Fletcher. This was the lone run for Toronto in the game and only the second (and last) hit allowed by Rapp and Orioles pitching. With the game virtually out of reach, both sides started making substitutions. Vernon Wells and Chad Mottola came in as defensive replacements for Toronto. The Orioles hit parade made an encore performance. With one down, Ripken singled to left. Pinch-hitter Jesse Garcia (batting for Mora) walked. Mark Lewis entered as a pinch-runner for Ripken. Fordyce singled to load the bases. Kingsale singled in Lewis, keeping the sacks loaded. Anderson’s sacrifice fly to center brought in Garcia. Four more consecutive singles by Hairston, DeShields (which chased Painter – John Frascatore became the fourth Blue Jays hurler), Belle, and Richard led to three more runs, for a total of five in the frame, as 11 Birds took their swings.

Rapp was cruising, facing the minimum in the sixth and allowing only a walk to Delgado in the seventh. Frascatore grooved a one-strike pitch to Fordyce in the sixth, which left the ballpark in a hurry. Fordyce’s solo home run made the score 22-1, which tied the Baltimore franchise record for runs scored, set on June 13, 1999, in Atlanta. In the bottom of the eighth, the Orioles broke the record. Ryan Minor, a defensive replacement for Richard, walked and advanced to second on Lewis’s single. An out later, a passed ball sent both runners to the next base. Fernando Lunar (who came in to catch in the top of the inning) rolled a grounder to short, deep enough to bring in Minor with run number 23. Lunar had been acquired in a trade with Atlanta on July 31,4 and this was his only run batted in for the Orioles in 2000.

The only positive point for the Blue Jays was Fletcher’s round-tripper, which gave Toronto seven players with at least 20 home runs, tying the major-league record (set by the Orioles in 1996). It also prevented Rapp from pitching a shutout.

The Orioles batted around twice in the contest. Roch Kubatko of the Baltimore Sun described the historic game: “It was quite an explosion for a lineup that’s displayed pop-gun power since a series of waiver deadline trades.”5 DeShields was the offensive hero with his 3-for-4 performance (plus a walk) with two runs scored and five batted in. Of the 23 hits by the Birds, 18 were singles. Eleven Baltimore batters had hits, and nine different Orioles players drove in runs. Fordyce went 4-for-5. Ripken was 3-for-4. Anderson finished the game with a 2-for-2 performance, with two walks, four runs scored, and four runs batted in. He, Hairston, DeShields, and Belle each had four plate appearances before the fourth inning was finished. After the game, Anderson told reporters, “Obviously, it’s unusual to score that many runs, no matter what kind of offense you have or what team you’re playing. Most every ball we hit hard fell, and we probably had four or five bloopers fall, too.”6

Toronto pitchers gave up 23 hits and 23 runs, but only 10 of them were earned.7 The loss officially eliminated the Blue Jays from the American League East race. Manager Fregosi lamented, “They should have a mercy rule.”8 His counterpart, Baltimore skipper Mike Hargrove, said, “That was fun. It was nice to do that to somebody else for a change.”9 He may have been referring to the fact that Baltimore had allowed 10 or more runs 29 times in 2000, with a high of 19 runs given up to the New York Yankees on July 25.

Baltimore won the last four games of the season, blowing out Toronto in this contest and then sweeping a three-game series from the Yankees. They outscored their opponent 52-7 in those four games, hanging losses on Toronto’s Carpenter and the Yankees’ Andy Pettitte, David Cone, and Orlando Hernandez.

In addition to the sources mentioned in the notes, the author consulted baseball-reference.com and retrosheet.org. The author thanks Carl Riechers for his suggestions and input.

1 Baltimore finished in fourth place in the AL East in nine of 10 seasons, from 1998 through 2007, with the only exception being 2004, when they finished in third place.

2 The Orioles scored 10 runs in an inning three times in 2000. The first time was on April 7, against the Detroit Tigers. This game was the second time, and the third time occurred the very next day, on September 29, against the New York Yankees.

3 According to the Associated Press (“O’s Put Beating on Jays,” Montreal Gazette, September 29, 2000: 27), only seven of the fourth-inning runs were unearned. The home run by DeShields and the two runners aboard were charged as earned runs to the pitcher, but unearned runs to the team. According to Retrosheet, provisions of Section 10.18 (i) of the scoring rules were applied, which deals with earned and unearned runs. For more information on Section 10, see baseball-almanac.com/rule10.shtml.

4 Lunar was traded by the Braves with Trent Hubbard and Luis Rivera to Baltimore for Gabe Molina and B.J. Surhoff.

7 According to Retrosheet, provisions of Section 10.18 (i) of the scoring rules were applied.