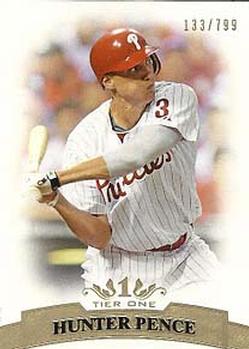 When the calendar flipped to September in 2011, the Atlanta Braves had an 8½-game lead over the St. Louis Cardinals for the National League wild card. A playoff berth seemed inevitable for Atlanta.

But the Braves, whose record was 81-55 after they beat the Washington Nationals on September 1, lost 15 of their next 23 games through September 25 as Tommy Hanson and All-Star pitcher Jair Jurrjens were sidelined by injuries and the hitting went into a complete slump, averaging just over three runs a game in September. Meanwhile, the Cardinals went 16-7 over the same period, and the Braves’ lead shrank to one game on September 25. A once locked-up playoff spot was in jeopardy for Atlanta as they had to face the league-best Philadelphia Phillies (101-60) for their final season series, while St. Louis was pitted against the league-worst Houston Astros (56-105).

Atlanta lost the first two games of its series against the Phillies, while St. Louis split a pair with Houston. After 161 games, Fredi Gonzalez’s Braves and Tony La Russa’s Cardinals had identical 89-72 records, meaning that a tiebreaker 163rd game might be needed to decide the wild-card team. The Braves had been in this situation on the final day of the 2010 season, when they were tied for the wild card with the San Diego Padres. They beat the Phillies on the last day after losing the first two games of the series to clinch the wild card.

A season later, in 2011, a Braves win and a Cardinals loss would avoid a disastrous collapse for Atlanta, while a Braves loss and a Cardinals win would complete that collapse. If both the Braves and Cardinals won or lost their games, a tiebreaker would be played in St. Louis.

To save their season, the Braves sent to the mound veteran right-hander Tim Hudson, who entered the game with a 16-10 record and an ERA of 3.23. The Phillies, their spot in the postseason already clinched, countered with Joe Blanton, who went 1-2 and had an ERA of 5.01 during the regular season.

The Braves’ quest to save their season didn’t start well as Philadelphia’s Hunter Pence walked with two out in the first and Ryan Howard smacked a double into left field, scoring Pence with the first run of the game. Atlanta, however, responded in the bottom of the inning with a run on a sacrifice fly from 39-year-old Chipper Jones, in his 18th season with the Braves.

Atlanta threatened in the bottom of the second, putting runners on first and third with one out, but Blanton struck out Jack Wilson and Hudson to keep the game tied.

The Braves got some momentum going in the third inning. Michael Bourn singled off Cole Hamels, who had replaced Blanton since Phillies manager Charlie Manuel was likely treating this as a bullpen game despite Hamels being one of the starters for the Phillies.1 Then Bourn stole second. Martín Prado followed with an infield single to third. Bourn held at second on Prado’s hit but then attempted to steal third and was thrown out by Phillies catcher Carlos Ruiz. But Dan Uggla followed with a two-run homer to left-center, putting Atlanta up 3-1.

The Phillies started the top of the fourth with back-to-back singles, but couldn’t drive anyone home. The game passed quietly until the bottom of the sixth. Vance Worley walked both Uggla and Freddie Freeman, then struck out the next two Braves. Wilson singled to right field, but Pence threw out Uggla at home, keeping the Phillies within two.

In the top of the seventh, a double by Raúl Ibañez and a single by Plácido Polanco set up the Phillies with runners on first and third with one out. It appeared that the Braves would get out of another jam when Ruiz hit a weak groundball to shortstop, but it bounced off Wilson’s chest, allowing Ibañez to score and cutting the Braves’ lead to one. Eric O’Flaherty replaced Hudson and got a double play to keep Atlanta in front.

The Phillies threatened again in the top of the eighth, loading the bases on two walks and a hit batter. Iban͂ez came to the plate with an opportunity to give the Phillies the lead, but Jonny Venters struck him out on three pitches, keeping the score 3-2 in favor of Atlanta. Going to the ninth, the Braves were three outs away from pushing their season at least one game further, while the Cardinals had a comfortable lead in their game with the Astros.

Craig Kimbrel, the NL leader in saves with 46 at age 23, was called out of the bullpen for the outs necessary to keep Atlanta’s season alive. Polanco led off with a base hit to right. One out later, Kimbrel allowed back-to-back walks to load the bases. Chase Utley flied out to left, deep enough to score pinch-runner Pete Orr and tie the game, 3-3. The Braves went down in order in the bottom half, sending Game 162 into the 10th inning.

Just a few minutes earlier, the Cardinals had completed an 8-0 shutout of the Astros in Minute Maid Park, meaning that if Atlanta lost, St. Louis would claim the wild card and face the Phillies in the NL Division Series.

Philadelphia finally broke the tie in the 13th. Brian Schneider walked and advanced to third on Utley’s single, then Pence hit a hard groundball to second, but Uggla couldn’t make a play and Schneider scored, putting the Phillies on top, 4-3. The Braves had some hope for a comeback after Uggla drew a walk, but Freeman hit into a game-ending double play, ending the Braves’ season.

Meanwhile, in the visitors’ locker room in Minute Maid Park, the St. Louis Cardinals watched the final out of the Braves season while they got their party started. They had clinched a wild-card berth that they thought was long out of reach.

Braves catcher Brian McCann said of the collapse: “This is tough. This is one of the worst feelings I’ve ever had coming off a baseball field.”2

While the Braves faced a long winter of looking at what could have been, the Cardinals went on a miracle run as heavy underdogs in all of their series as they won their 11th World Series title.

The following season, Major League Baseball implemented a new playoff structure with two wild-card teams in each league – a move that would have handed the Braves a playoff spot had it been put in place a year earlier.

1 Ray Parrillo, “Expect a Call to Arms to End Regular Season,” Philadelphia Inquirer, September 28, 2011: D7. A roundup of brief Phillies items in the Philadelphia Daily News that day said: “The Phillies are treating this as a bullpen game.”