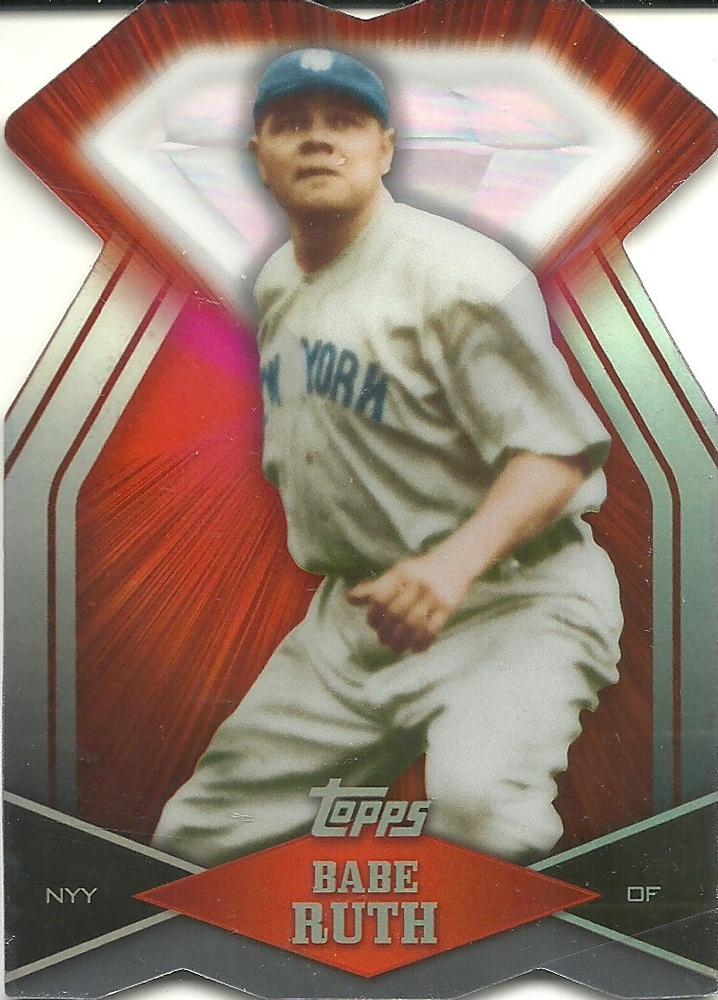 Babe Ruth was on fire. He had already hit 14 home runs in September 1927, the most recent one being a grand slam on the 27th. No one had hit that many in a single month. His most recent blast was the first grand slam he hit all season and just the ninth of his career. It not only gave the Yankees a 6-1 lead but it was one of just six home runs given up by Lefty Grove that season.

The Yankees had the day off on September 28 before the Washington Senators arrived in New York to play the final three games of the season. The Senators’ 84-66 record was good enough for third place, 22½ games behind first-place New York. The Yankees had rolled over the American League, winning 107 games with three more games remaining.

Urban Shocker started for the Yankees. He was enjoying his best season since coming to the Yankees in 1925. Shocker entered the game with a 17-6 record and a 2.94 ERA. He gave up consecutive singles to Bucky Harris and Babe Ganzel in the first before retiring the next two batters to get out of the inning.

Horace “Hod” Lisenbee took the mound for the Senators. He was a rookie who was having a great year. He entered the game with an 18-8 record, which would turn out to the best season of his career and the only winning one.

Lisenbee retired Earle Combs and Mark Koenig on infield groundouts in the bottom of the first. Ruth stepped to the plate. With the count 0-and-2, Lisenbee “was quite craftily trying to curve over [a] third one when Ruth stuck that one in the right-field bleachers. It was a low winging drive that went up only a few rows.”1

But it went far enough to be Ruth’s 58th home run of the season. It was just the sixth round-tripper Lisenbee had surrendered all season. One of the previous five was by Ruth. That home run, on July 3, was also a solo blast in the first inning.

Ruth gave the Yankees the lead, but the Senators bounced back and took the lead in the second. Ossie Bluege reached first on an error by shortstop Koenig. Bobby Reeves hit Shocker’s next pitch over the left-field wall for two-run homer and the Senators were ahead, 2-1.

Their lead didn’t last long. The Yankees jumped all over Lisenbee in the bottom of the second. Tony Lazzeri drew a leadoff walk and Joe Dugan singled. Pat Collins followed with a double that scored Lazzeri. Shocker’s bunt down the first-base line scored Dugan. Combs flied out for the second out but Koenig singled and Ruth tripled to right-center. (It might have been a home run if he had pulled it a little more.) Ruth scored on Lisenbee’s wild pitch, and Lou Gehrig walked.

When Lisenbee gave up a double to Bob Meusel, Senators player-manager Harris went to his bullpen. Firpo Marberry relieved and gave up a single to Lazzeri, who got to second on right fielder Sam Rice’s throw home trying to get Meusel at the plate. Lazzeri stole third base but Marberry struck out Dugan for the final out. The Yankees led 8-2.

Marberry got the Yankees out in order in the third but the Yankees struck again in the fourth for three more runs. Koenig hit a leadoff single and Ruth flied out to center field. Koenig moved to third on a single by Gehrig. Koenig and Gehrig scored when Meusel doubled. On Lazzeri’s second single of the game, Meusel scored. Marberry got out of the inning when Dugan hit a line drive to shortstop Reeves, who doubled Lazzeri off first. The Yankees’ lead climbed to 11-2.

Shocker pitched two more scoreless innings before he was replaced by Dutch Ruether. Ruether got the first two outs in the fifth before giving up a single to Harris. Ganzel then hit Ruether’s first pitch deep into the left-field corner for an inside-the-park home run. Ruether yielded three consecutive singles after Ganzel’s home run, but the Senators failed to score and were left trailing 11-4 when Bluege grounded out.

Right-hander Paul Hopkins took over pitching duties in the fifth for the Senators. It was his major-league debut. After graduating from Colgate University in May, he pitched in 23 games for the New Haven Profs (Eastern League) before being called up to the Senators in September. Most fans at Yankee Stadium must have wondered: Who was this young player taking the mound?

Hopkins gave up a leadoff single to Collins. Ruether reached first and Collins was safe at second when shortstop Reeves couldn’t handle the throw from the pitcher. On Combs’s single to left, Collins was thrown out trying to score. But Koenig’s single loaded the bases.

Ruth approached the plate. Hopkins watched him. He remembered being “a little nervous, but I wasn’t scared. I always thought I could get anybody out”2 “Muddy Ruel, [my] catcher, came out and said, ‘I think we better throw curves as much as possible, and if it gets to a 3-and-2 count throw a slow curve, because Babe will be looking for a fastball.’”3

Following Ruel’s instructions, Hopkins pitched carefully to Ruth. The count reached 3-and-2 and Hopkins threw a curve. Hopkins remembered years later, “It was so slow that Ruth started to swing and then hesitated, hitched on it and brought the bat back. And then he swung, breaking his wrists as he came through it. What a great eye he had! He hit it at the right second — put everything behind it. I can still hear the crack of the bat. I can still see the swing.”4

The New York Times described it this way: “The ball landed halfway up the right field bleacher[s] and though there were hardly 7,500 eyewitnesses present, the roar they sent up could hardly have been drowned out had the spacious stands been packed to capacity.”5 The home run widened the Yankees’ lead to 15-4.

After Ruth’s home run, Hopkins struck out Gehrig. Then he gave up a triple to Meusel, who was called out at home when he tried to stretch the hit into an inside-the-park homer. Hopkins returned to the dugout and cried.6

Hopkins stayed on the mound and finished the game with three scoreless innings. Ruth almost hit a third home run on his final turn at bat, in the seventh. Right fielder Red Barnes caught the ball with his back to the wall. “Just a foot or two more of distance on this one and a new record would already be established,” John Drebinger of the New York Times wrote.7

After Ruether gave up the home run in the fifth, he pitched two scoreless innings. He was replaced by Bob Shawkey in the eighth. Shawkey got the side out in order in the final two innings. He struck out three of the six Senators he faced and allowed just two balls out of the infield on the way to his third save of the year.

Ruth tied his 1921 record of 59 home runs with the two round-trippers. After his 1921 accomplishment, many sportswriters felt that the record would never be equaled. Ruth did it six years later. As always, Ruth did in his own inimitable style, doffing his cap to the fans and shaking Gehrig’s hand as he returned to the dugout.