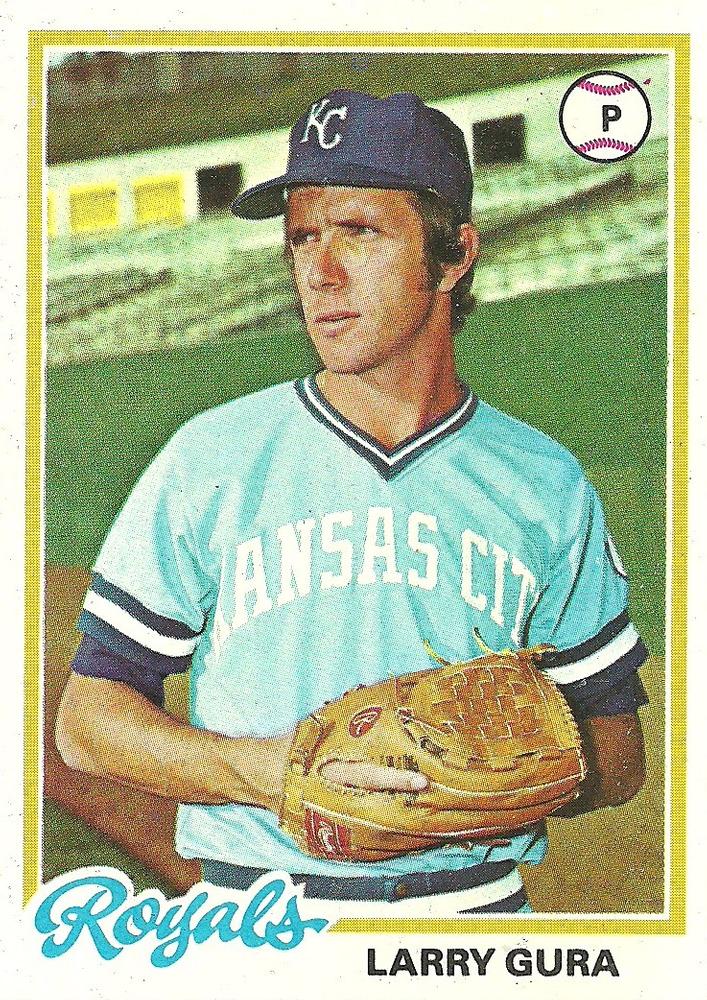 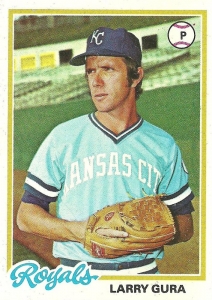 On September 29, 1976, the Kansas City Royals clinched at least a tie for the American League Western Division title by defeating the Oakland Athletics, 4-0. It was a night game played at the Oakland-Alameda County Coliseum in Oakland, California.

Coming into the game, the Royals had lost four straight and could ill afford to lose another; the A’s had cut their lead to 2½ games with a 1-0 victory behind Mike Torrez’s pitching and Sal Bando’s solo home run off Royals starter Marty Pattin.

The Royals did receive a bit of good news shortly before the crucial game. If they and the A’s ended the season in a tie for first place, they would host a one-game playoff on October 5. This was determined by a coin flip in the league office to which Royals manager Whitey Herzog responded, “Let’s not worry about that now.” Herzog said, “Tonight is the one we need.”1

Larry Gura was the Royals’ surprise starting pitcher. The A’s sent Paul Mitchell to the mound in hopes they could continue to shut down the Royals offense with his pitching. A crowd of 19,631 fans was in attendance for what one could argue was the most important game of the season thus far for either team.

In the first inning both the Royals and the A’s went down in order. The Royals put across the first run of the game in the top of the second inning. Hal McRae led off with a single to left field and John Mayberry singled to right field, moving McRae to third base. Al Cowens hit a line drive to A’s first baseman Ron Fairly, who doubled up Mayberry. Then Cookie Rojas surprised the A’s by laying down a bunt along the third-base line that scored McRae. John Wathan recorded the last out of the inning lining out to Fairly. The A’s were kept in check by Gura in the second.

The Royals added two more runs in the third. Fred Patek led off with a double to left field and went to third as Tom Poquette bunted past the mound and beat it out. Amos Otis doubled into the right-field corner, driving in Patek. With runners at second and third and no outs, A’s manager Chuck Tanner pulled Mitchell in favor of Paul Lindblad. George Brett grounded to Phil Garner at second base and Poquette scored on the putout, making the score 3-0. Lindblad then got McRae to line out to Bert Campaneris at shortstop and Mayberry to ground out to Garner at second base. In their half of the third, the A’s got their first baserunner when Claudell Washington was hit by a pitch. After Fairly flied to left fielder Poquette, Garner singled to left, bringing the tying run to the plate. The threat ended, though, with Bill North flying out to Cowens and Campaneris lining out to Otis. Both teams went in order in the fourth. But in the fifth inning, Otis hit a home run over the left-field fence, giving the Royals a 4-0 lead. The A’s went three up and three down in their half of the fifth.

Two Royals reached base with one out in the sixth inning: Mayberry walked and Cowens singled to right field; when Don Baylor mishandled the ball, Cowens went to second and Mayberry to third. With runners at second and third and one out, Tanner called Stan Bahnsen from the bullpen. Bahnsen put the fire out by getting Rojas to pop up in foul territory to Campaneris and retiring Wathan on a drive to the warning track in right field that Baylor reached. In the A’s half of the sixth, Mayberry and Cowens made great defensive plays off the bats of Garner and North. Campaneris followed with a single to right field but the threat ended when Joe Rudi flied out to Cowens.

Bahnsen retired the Royals in order in the top of the seventh inning and Gura continued to cruise, setting down the A’s in the bottom of the inning. In the eighth inning, Bahnsen repeated his seventh-inning performance of three Royals up and three Royals down. In their at-bats in the eighth, the A’s showed a bit of a promise of a comeback. Washington led off with a single to right field but Fairly grounded to Mayberry, who started a double play. Garner singled to left field but North flied out to Otis in center field.

In the top of the ninth the Royals went down in order. Bahnsen had retired 11 straight to keep the A’s within striking distance, but they couldn’t capitalize on his effort. In the bottom of the ninth, three players who played big parts in their championship years came up and all were retired. Campaneris grounded to pitcher Gura, Rudi flied out to right, and Gene Tenace popped out to Mayberry. With that the Royals clinched at least a tie for the AL Western Division championship.

There was more to the game than what went on in the field of play. A crowd of unruly fans near the Royals bullpen surfaced in the late innings. The Royals endured choice words and beverages thrown at them. Pitcher Steve Mingori described what he experienced: “Some guy tried to grab my cap. And I stood up to keep it. Then the guy told me to sit down or he would kill me. The stuff that went on down there made me sick. There were 10-year-old kids using four-letter words against us. I couldn’t believe it.”2 Tanner, on the contrary, was gracious in defeat. About Gura’s performance and Herzog’s decision-making he said, “I’d give Gura a $25,000 raise. He deserves every bit of it. KC was looking for somebody, hunting for something to win, and Whitey pulled him out of a hat. He did a job under more pressure and adversity than that team has ever had. He kept us off balance and did the job in the most crucial game of the season.”3

“This is probably the end of the team with things being the way they are,” A’s captain Sal Bando said after the game.4 Tanner was not ready to concede the season. “It’s not over yet,” he said with about as much optimism one could muster in the situation.5

Two days later it was over. On September 30 both teams had the day off. On October 1 the Royals opened a three-game series against the Minnesota Twins at Royals Stadium while the A’s traveled to Anaheim for a three-game series against the Angels. The Royals lost to the Twins, 4-3, their game ending before the A’s-Angels game was completed. There is no doubt there was some scoreboard-watching on the part of the A’s and knowing their postseason hopes were still alive had to have given them a boost. Pitchers Vida Blue of the A’s and Frank Tanana of the Angels came through with stellar performances and the game remained scoreless into the 12th inning, when the Angels won it with one swing. Rusty Torres hit a home run to win the game and the Royals became American League West champions. Because the Royals did not learn of the Angels victory until after 2 A.M., they held off celebrating until later in the day. Among those celebrating in the Royals’ clubhouse was owner Ewing Kauffman. “What a day!” He exclaimed. “This is what we’ve all been waiting for.”6