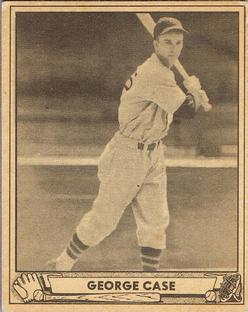 When the two worst teams in the American League met at Shibe Park for a September 20, 1942, doubleheader, Philadelphia’s legendary owner-manager Connie Mack readily admitted that the results were not foremost on his mind.

His A’s had clinched the basement for a third season in a row, but the team avoided 100 losses by winning the second game, 2-1, in 10 innings. Despite losing 12 players to the military, he told the Philadelphia Inquirer, he wasn’t bitter the way his 42nd season had turned out.

“War is with us, and the most important thing is winning it,” Mack said at a time when the outcome of World War II was uncertain. “If we should lose … there would be no such thing as baseball.”1

Through a scheduling quirk, the Sunday doubleheader ended the Athletics’ season a week earlier than those of some of the other clubs. The Senators had two more games to play, with the Yankees in New York, and would finish at 62-89.2

Between games, 100 mechanics were inducted into the Army Air Corps on the field, while military aircraft roared over the ballpark in salute.3

Mack’s focus on the nation’s struggle against the Axis powers kept his postgame comments away from the jaw-dropping result of the day’s first game. In that one, the Senators snatched a seeming victory from the A’s by scoring seven runs in the ninth, winning 11-9. That had been the same score as the previous day’s second game when the Nats completed a sweep of Saturday’s Shibe Park doubleheader.

The lowly A’s had reason to be confident of their chances in Sunday’s first game. The team’s workhorse starter, 17-game winner Phil Marchildon, was on the mound.4 Philadelphia jumped out to a 7-2 lead with five runs in the second inning. Buddy Blair’s three-run homer was the big blow. The A’s led 9-3 after Pete Suder’s two-run double in the seventh off Nats starter Alex Carrasquel, a Venezuelan right-hander.5

George Case, Washington’s speedy left fielder, produced the bulk of the visitors’ offense before the explosion in the ninth. Leading off the game, he singled and stole his 43rd base before scoring.6 He homered leading off the seventh and singled in a run in the eighth.

By late afternoon, the temperature on a cool day had dipped. Those in the crowd of 6,112 who stayed until the end of the twin bill “shivered through the late innings of the second game as the biting winds swept through the stands.”7

With a 9-4 lead, Marchildon immediately ran into trouble in the ninth. A walk to Bruce Campbell was followed by consecutive singles by Mickey Vernon, Bobby Estalella,8 and John Sullivan, the third one bringing in Campbell. Marchildon briefly restored order by striking out Ellis Clary, but a walk to Jake Early brought in another run. Frank Croucher, pinch-hitting for the pitcher, singled to left, scoring Estalella.

Croucher’s hit ended the day for Marchildon. Right-hander Fred Caligiuri came in with a two-run lead, but the bases were loaded with one out. In what would be his last appearance in the majors, Caligiuri tossed fuel on the fire by balking home a run with Case, his first batter, at the plate. Case then walked, loading the bases again. A wild pitch to Stan Spence scored Early, tying the game. Spence singled to center, scoring Croucher and putting Washington up 10-9. Campbell’s fly ball to right scored Case with an insurance run. Vernon mercifully struck out, but the Nats had scored seven times to lead 11-9.

Bill Kennedy, a rookie lefty in just his eighth game, came in to earn his second save, inducing three groundball outs.

A fly ball that scored a run in the bottom of 10th salvaged the second game for the A’s. Mack kept it all in perspective: “I am not crying over the men I lost” to the military. “I am sure the fans realize we, all of us, are in a much bigger game. … We are all playing this one for keeps.”9

4 Later in the war Marchildon joined the Royal Canadian Air Force. His plane was shot down by the Germans in August 1944 and he spent nine months in a prisoner-of-war camp.

5 Carrasquel, the first Venezuelan to pitch in the majors, worked more often out of the bullpen this season and throughout his career. He had a 2.49 earned-run average after the game on September 1, but after a couple of rough outings and giving up nine runs in this game, his ERA jumped to 3.43 for the year.

6 Case ended the season with 44 steals, leading the league for the fourth of five straight times (and six overall).

8 Estalella could have been considered the first Black player in the twentieth century. Some teammates thought of him as being Black. He was a dark-skinned Cuban and routinely was subjected to racial taunts.