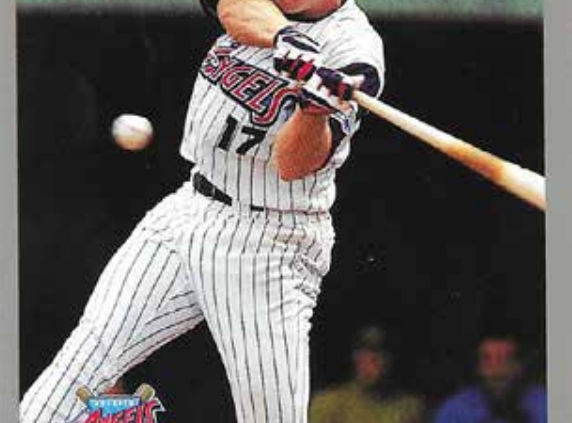 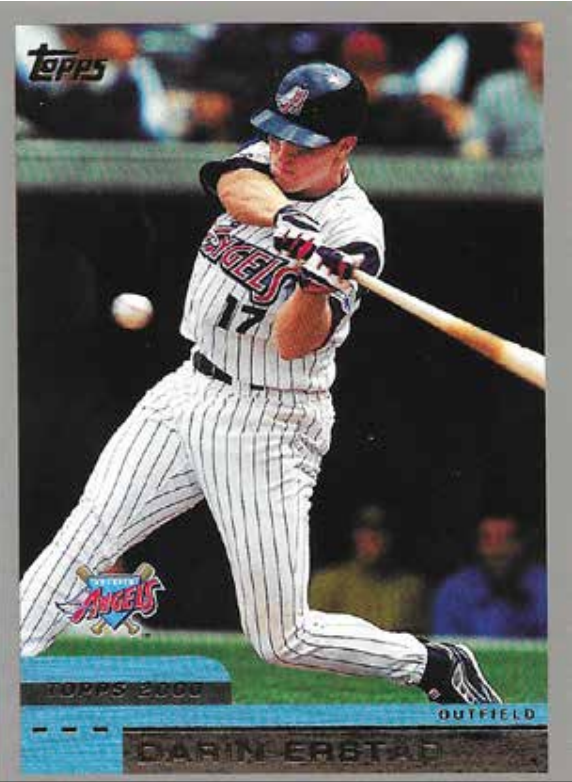 Not too many fans in the announced crowd of 37,053 were still at Yankee Stadium 4 hours and 11 minutes after the first pitch, especially as the Yankees, with Roger Clemens going for his seventh consecutive win, had surged into a big lead thanks in large part to a pair of homers by Glenallen Hill. They were not around to see the Yankees victimized by a come-from-behind rally. The Anaheim Angels tied the score in the ninth inning and won the game on a homer by Darin Erstad in the top of the 11th. The final score was 9-8.

The Angels had broken on top in the first inning. Erstad, leading off, singled to center. Orlando Palmeiro’s grounder in the hole between shortstop and third was not corralled by Derek Jeter, although he got his glove on the ball. Erstad went to third on the play and scored when Mo Vaughn grounded into a double play.

The Yankees wasted little time tying things up against Angels starter Ramon Ortiz, who had entered the game with a 4-3 record. Jeter walked, moved to second on a groundout, and scored on a single by Paul O’Neill. The Yankees took the lead an inning later. With Luis Sojo on second and Jose Vizcaino on first, Ortiz balked the runners to second and third. Jeter seized upon the opportunity and drove both runners home with a single, making the score 3-1.

Tim Salmon of the Angels homered in the fourth inning to make the score 3-2. The homer, the 223rd of Salmon’s career, broke the Angels’ franchise record, previously held by Brian Downing. But the Yankees countered in the bottom of the inning. The first of Hill’s two homers made the score 4-2. The homer by Hill was followed by a single by Sojo. Vizcaino’s sacrifice bunt became a single when Angels second baseman Adam Kennedy was slow in covering first base.

Jeter then sent a hard smash past first baseman Vaughn to right field, and the Angels took a page out of the 1962 Mets playbook. Sojo, not sure if Vaughn would field the ball, had stopped at third base and Vizcaino, by the time he realized third base was occupied, had rounded second a bit too far. He was caught in a rundown where seemingly every member of the Angels touched the ball. The ball went from third baseman Troy Glaus to three other players and back to Glaus again. As Glaus finally ran down Vizcaino, Sojo scored from third, making the score 5-2. Jeter wound up on second and advanced to third on a fly ball by Jorge Posada. O’Neill was called out on strikes by umpire Gary Cederstrom. O’Neill disputed the call but was restrained by manager Torre as the inning ended.

The Angels closed the gap an inning later. Kennedy singled and moved to third on a single by Kevin Stocker. Erstad, in another productive at-bat, forced Stocker at second as Kennedy scored.

“It’s ridiculous. Every time he comes up, he’s hitting something hard. It he is not hitting it out of the park, he is scaring some of the infielders.” – Derek Jeter, speaking of Glenallen Hill before the game3

The Yankees countered in the bottom of the fifth. With two out, Tino Martinez singled and came home on the second of Hill’s two homers, making the score 7-3.

The Angels mounted a threat in the sixth inning but came up empty. A single by Vaughn and walks to Salmon and Glaus loaded the bases with one out. Bengie Molina’s fly ball to left field was too short to advance the runners, and Kennedy lined out to short to end the threat.

The Yankees got a run in the bottom of the sixth when Posada singled with two out and Paul O’Neill doubled. It would be the end of the Yankee scoring for the game.

The Yankees led 8-3 going into the ninth inning with Clemens still on the mound. Clemens looked invincible at that point and was three outs away from his 258th career win. He had retired eighth straight Angels, getting the side in order in the seventh and eighth innings after his Houdini act in the sixth. After Clemens allowed groundball singles to Glaus and Molina, and his pitch count had risen to 122, manager Torre brought in Jeff Nelson to pitch. After retiring Adam Kennedy on a fly ball to center fielder Bernie Williams, Nelson walked Stocker to load the bases. That prompted Torre to bring in closer Mariano Rivera. The first batter he faced was Erstad. Erstad’s grounder to third was fielded by Sojo, who touched third for the force play and threw to first for what was expected to be a game-ending double play.

However, Erstad beat the throw to first and Glaus scored for the Angels, who now had runners on first and second and trailed by four runs. Stocker scored on a double by Palmeiro, making the score 8-5. With Erstad on third, Palmeiro on second, and first base unoccupied, Rivera elected to pitch to the lefty-swinging Vaughn. Mo’s three-run blast to right field, his 30th homer of the season, tied the game at 8-8. The Yankees had blown a five-run lead for only the second time since they started playing at Yankee Stadium in 1923.4 Rivera struck out Salmon to end the inning, but the damage was done.

“When he dove, you held your breath. You hoped you would see it bounce out, but it didn’t.” – Joe Torre, reflecting on what he saw in the bottom of the 10th inning5

Shigetoshi Hasegawa, the fourth Angels pitcher, came on to pitch a scoreless bottom of the ninth and force extra innings. Rivera pitched a scoreless top of the 10th for the Yankees. New York mounted a rally in the bottom of the 10th inning. Hill had an infield single off Hasegawa and left the game for pinch-runner Luis Polonia.  Sojo bunted the runner to second base. A fly-ball out by Jose Canseco, pinch-hitting for Jose Vizcaino, advanced Polonia to third base, and Jeter was walked intentionally. When it appeared the Yankees were poised to win the game. Erstad dashed into left-center field and went airborne to make an over-the-shoulder circus catch on a ball hit by Posada. The threat died.

Mike Stanton came on to pitch the 11th inning for the Yankees and Erstad, batting second and feeling the effects of being pounded by his teammates after his great catch, delivered the game-winning homer, his 21st home run of the season. Stanton hung a curveball and paid the price, as the ball went into the right-field stands.

Hasegawa, in his third inning of relief, shut down the Yankees in the bottom of the 11th, retiring O’Neill, Williams, and David Justice. The three shutout innings against the Yankees extended Hasegawa’s scoreless streak to 22 innings over a 14-game stretch. (The steak reached 27⅓ innings on August 29.) With the win, his record went to 8-2. Stanton was charged with the loss, bringing his record to 2-2.

The Yankees, despite the loss, which cut their lead over the Red Sox to three games, remained atop the AL East with a 66-52 record, thanks in part to the contributions of players like the 35-year-old Hill. Hill’s two homers made it nine homers with the Yankees in 43 at-bats since he joined them on July 21 in a trade with the Cubs. He hit seven more homers before the season ended. His total homer count for the season, 27, was the highest of his career, which ended the next season.

The win brought the Angels’ record to 63-59, which put them in third place in the AL West, six games behind the division-leading Seattle Mariners. They would essentially play .500 ball for the remainder of the season and remained in third place. The hero of the April 18 game, Erstad, who had his career game on August 18, had his career season in 2000, leading the American League in hits with 240, and batting .355, second to Boston’s Nomar Garciaparra (.372). He won the Gold Glove and Silver Slugger Awards, was named to the All-Star team, and finished eighth in the MVP balloting.

Rivera’s blown save was his fifth of the season, but he had by that point saved 26 games and had a 3.15 ERA. Over the remaining weeks of the season, Rivera was virtually untouchable. He saved 10 games. His ERA down the stretch was 2.11.

The Yankees won the AL East by 2½ games over the Red Sox, went on to win the pennant, and defeated the Mets in the World Series for their 26th World Series championship.