This article was written by Randy Klipstein

When Brandon Nimmo took his position in right field on September 26, 2018, in a game at Citi Field, he was wearing his usual number nine and would bat ninth in the batting order. It seemed to me that this was an interesting confluence of facts: a player whose uniform number matches his fielding position and his position in the batting order. I wondered about other players who have achieved this trifecta and become “Cubic Players.”

Of course, fielding position and especially batting position can change daily for some, and players change numbers throughout their careers, so I set out to document the number of games for each player where their three numbers (uniform, batting order, and fielding position) were the same, in the history of baseball. I limited this study to the players in the starting lineup, at their starting fielding position. Pinch hitters, relief pitchers, defensive replacements, and fielding position changes were not considered. I looked at only regular season games for the ninety-year period of 1929–2018. The convention of players wearing numbers began in earnest in 1929, after a few brief experiments, and was completely phased in by the mid-1930s.

This is a very unlikely feat for pitchers. In fact, according to Retrosheet, only one starting pitcher batted leadoff in this period: Cesar Tovar, on September 22, 1968, the day he duplicated Bert Campaneris’s feat of playing all nine positions in a game. He wasn’t wearing number one, however, thus no pitcher (or anyone wearing number one or anyone batting leadoff) has ever been Cubic. Of course, we can also eliminate players wearing a number greater than nine, or less than one, and Designated Hitters.

I employed the Uniform Number Tracker database at the Baseball-Reference website. To identify games in which a player’s batting order position matched his fielding position, I used Retrosheet’s Game Log files, which provide starting lineups and initial fielding positions. Retrosheet and Baseball-Reference are wonderful resources and I am grateful that they make their information available for download free of charge. It would be beneficial, however, if there were a standard for player identification. For instance, Hank Aaron is identified as “aaroh101” by Retrosheet and “aaronha01” by Baseball-Reference (and by Sean Lahman’s Baseball Database, another wonderful free resource). Checking to ensure that the files from the two sources were merged correctly added a lot of time and created an opportunity for errors. Cases like the two players named Abraham Nunez, who played concurrently, required careful handling. 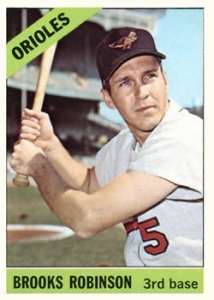 My results are not perfectly correct, though they are close as possible under the constraints. Here is why I could not achieve perfection:

Confucius said, “Better a diamond with a flaw than a pebble without.” No, I don’t think he was talking about baseball.

There have been 10,180 instances of a cubic player-game. This works out to be about 113 times per year. Only 335 players have played a cubic game.

Breaking it down further, we see in Table 2 that among infielders, the feat is far more likely to be accomplished by fielders at the corners. In the outfield, the frequency declines as we move from left to right. Cubic right fielders are relatively new, the first one appeared in 1978. On June 1, 1920, right fielder Sammy Vick batted ninth in the Yankee lineup (pitcher Babe Ruth batted fourth). It wasn’t until the Designated Hitter rule was established that a right fielder would bat ninth again.

When we look at the 335 cubic players by position, in Table 3, we see:

Careful readers will note that outfielders account for only about 10% of cubic player-games (Table 2), yet about 43% of the cubic players have been outfielders (Table 4). Infielders, and particularly first and third basemen, exhibit the opposite relationship. It’s not unusual for a left fielder to bat seventh, for instance, in a particular game. But left fielders who bat seventh don’t tend to have long careers. We will see that cubic records are driven by a few prolific players, and they are infielders, generally first or third basemen.

I had a hunch that this feat has become more unusual, for three reasons.

To check if this is actually true, I grouped the ninety years in the study into nine ten-year periods: 1929–38, 1939–48, etc. As I expected, I found that the number of cubic player-games, and ratio of cubic player-games to total games played (which is a more meaningful measurement as it normalizes for expansion and a longer regular season schedule), had been steadily declining. However, the trend has reversed and the frequency has increased in the two most recent decades, as shown in Table 5. I believe that the decade 1989–98 is the outlier. We’ve reached a relatively steady state of about 3% to 4% of games played over that last fifty years. By chance, in that one ten-year period, it seldom happened. Prolific cubic players, like the immortals, don’t come around on a regular schedule.

Table 6 provides the number of cubic players in each decade.

The record for most cubic games in a single season is held by Bill Terry. In 1934 he played 153 cubic games (every game that the Giants played that year). The top ten seasons are shown in Table 9.

Table 10 provides the single season records for each number.

Brooks Robinson holds the record for most years leading all of baseball: nine. Brandon Phillips led in eight years. No one else led in more than four years.

Brooks Robinson also holds the record for most years with at least one cubic game: seventeen. Harmon Killebrew had eleven such years, and Brandon Phillips had ten. No one else had more than eight.

Table 11 provides the total player-games for each franchise. I’ve grouped the oldest sixteen and the fourteen later expansion teams separately.

Table 11. Number of Cubic Player-Games for each Franchise 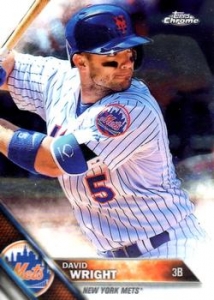 It wasn’t surprising to me that Yankees are last among the original franchises, given their proclivity for retiring single digit numbers. Incidentally, Babe Ruth was the first cubic Yankee, in 1931. It was his only cubic game.

Table 12 lists the leaders for each franchise. Notice that Brandon Phillips, the Reds second baseman for eleven years (2006–2016), and Brooks Robinson, the Orioles third baseman for more than two decades (1955–1977), are far ahead of everyone else. Pinky Higgins, next on the all-time list, amassed cubic games for the Athletics and Red Sox. Mickey Vernon, fourth on the list, tallied cubic games for the Indians and Senators.

Anomalies and Hall of Famers

There are nine players who have played a cubic game at more than one position, as shown in Table 13.

Table 13. Players who have played a Cubic Game at more than One Position

There have been many players who played a cubic game for more than one team, but Hank Majeski is the only one who did it with four different clubs. Mark DeRosa and David DeJesus did it with three teams.

Many players have played a cubic game in each league.

Matt Duffy leads all active players with twenty-seven lifetime cubic games, again, through the 2018 season. Eduardo Escobar is a close second with twenty-five. So, Brandon Phillips’s career record is safe for a while.

Nineteen Hall of Famers have played at least one cubic game, as shown in Table 14. Interestingly, many of them played cubic games at a position other than the one for which they are most renowned. I expect that Adrian Beltre and Albert Pujols will be added to this list.

There have been many games where multiple players were cubic. For instance, the last one in the period occurred on April 9, 2018, the Rays versus the White Sox, both third baseman, Matt Duffy and Yolmer Sanchez, batted fifth and wore five. The record for most cubic players in a game is three, accomplished sixteen times. The most recent occurrence was a game on April 16, 1969, Baltimore at Boston. The three players were Brooks Robinson (5) for the Orioles, and George Scott (5) and Rico Petrocelli (6) for the Red Sox.

The record for most cubic players for one team in a game is also three. On July 20, 1949, in a game in which he singled, doubled, and was hit by a pitch in five plate appearances, the Indians all-star center fielder Larry Doby was thrown out trying to steal home with the bases loaded and no outs. Doby was fined and benched for the next five games by player-manager Lou Boudreau.1 In those five games, Cleveland’s lineup included Mickey Vernon batting third, Joe Gordon batting clean-up, and Lou Boudreau batting fifth. These are the only five games where as many as three teammates were cubic.

I suppose Babe Ruth was the greatest of all cubic players, but special mention should go to football star D. J. Dozier. He played just one season in the big leagues and appeared in 25 games, yet he tallied five cubic games in his 14 starts.

Fewer than 2% of all major league players have played even one cubic game. The 335 who have form a special fraternity. A few are enshrined in Cooperstown; others didn’t have much more than a cup of coffee. All are bound by this special trait, having played the game in perfect harmony.

RANDY KLIPSTEIN has been a SABR member for thirty-five years. A Yankee fan, he lives happily in Dobbs Ferry, New York, with his wife Lisa, a Red Sox fan. Randy hopes to see an alphabetical batting order. Contact Randy at rbk65@optonline.net.

The author thanks the peer reviewers who made this a better article and welcomes requests for more information, such as a complete listing of cubic players.

Appendix A: Top 10 players in lifetime cubic games played at each number

Appendix B: Top 10 players in lifetime cubic games played in each decade