This article was written by SABR

This article was published in The National Pastime: Baseball in the Space Age (Houston, 2014) 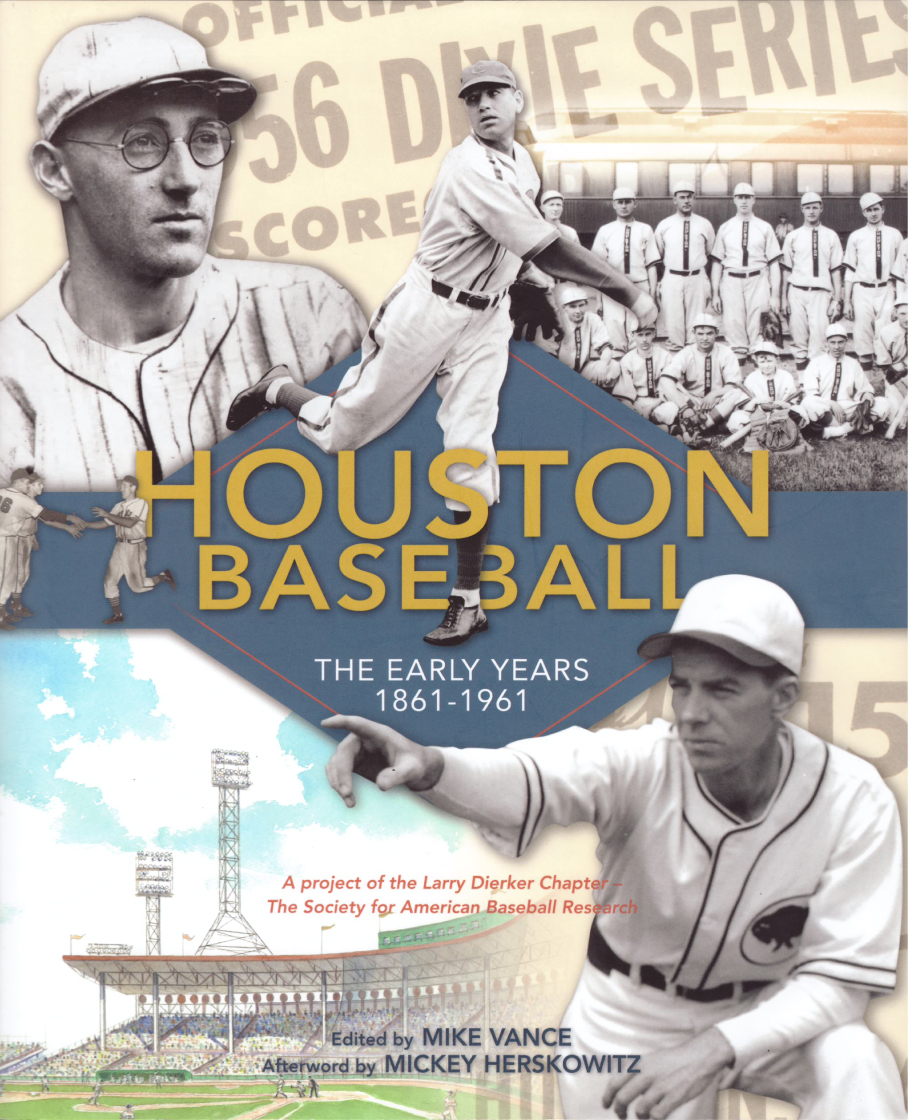 All SABR 44 convention attendees received a free copy of Houston Baseball: The Early Years 1861-1961, edited by Mike Vance and produced by SABR’s Larry Dierker Chapter, as part of their registration goody bag.

The story of Houston’s transition from the minors to a Major League city is one that includes all manner of politics, personalities and back room deals that feature some of the biggest names in the sport. Houston Baseball: The Early Years 1861-1961 also has chapters on the black baseball teams in Houston that ran on a parallel course in the days of segregation. It has amateur, women’s and youth baseball, high school and college teams and even covers the media that covered baseball. There is an amazing collection of stories on the days when Houston was a Spring Training site and on the numerous exhibitions that brought the cream of the big league crop through town.

Richly illustrated and expertly told, Houston Baseball: The Early Years 1861-1961 is a story for all fans of Houston baseball and Houston history. Learn more about the book or order at Amazon.com.