This article was published in the Spring 2016 Baseball Research Journal 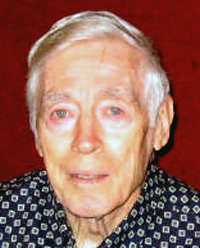 Octogenarian NORMAN L. MACHT has lived a baseball life that all of us may envy. It began in a minor league broadcast booth alongside Ernie Harwell, and extended to front-office stops in Lanett, Alabama; Eau Claire, Wisconsin; and Knoxville, Tennessee. It continued through the writing of more than thirty baseball books, many of them for young people, on up to a magisterial three-volume biography of Connie Mack, with whom Macht may now be said to share the title of The Grand Old Man of Baseball. Indeed his meticulously researched multivolume biography may occupy in baseball literature a position of parallel standing with those by Carl Sandburg (Lincoln), Douglas Southall Freeman (Washington), Dumas Malone (Jefferson), and Robert Caro (Johnson).

Along the way Macht served 12 years as an officer and director of SABR between 1992 and 2005, wrote articles for its publications, took a hand in founding two research committees (Oral History and Scouts), and was chairman of the national convention committee from 1997–2009. It is an honor now for SABR to recognize his lifetime achievement in baseball research by presenting him with the Henry Chadwick Award.

Norman Macht saw his first major league game at the Polo Grounds in 1935, when he was six years old. His baseball aspirations took a turn after a Dodgers tryout camp in Cambridge, Maryland. Relying on a “great changeup, but nothing to changeup from,” he lasted two-thirds of an inning and was told to come back later, when he could throw harder, something they said they couldn’t teach. Reorienting his energies toward the front office, he apprenticed with the Atlanta Crackers, while keeping the official stats for three minor leagues for the Howe News Bureau. He also worked as a statistician for broadcaster Ernie Harwell, who would become a lifelong friend. In 1951 he was the 21-year-old business manager of an independent team, the Valley Rebels of the Class D Georgia–Alabama League.

Returning from four years’ service in the Air Force during and after the Korean War, he was the business manager of the Eau Claire Braves for two years, then the Knoxville Smokies for one year. But, with the advent of television among other factors, the minor leagues were shrinking. He became a stockbroker. But how to stay linked with baseball? Freelance writing and authorship seemed the ticket. Macht made contact with Dick Bartell, a boyhood hero of his formative New York Giants years, and the two collaborated on Rowdy Richard: A Firsthand Account of the National League Baseball Wars of the 1930s and the Men Who Fought Them, published in 1987. He went on to work on a couple of books with Brooklyn pitching star Rex Barney, and wrote many young-adult biographies in the Chelsea House series, “Baseball Legends,” including volumes on Ty Cobb, Satchel Paige, Babe Ruth, and Lou Gehrig. He has also written several books on topics of less abiding interest than baseball, such as Money and Banking (2001).

In a splendid reminiscence of his early years in the game (“Memories of a Minor-League Traveler,” published in the 2010 National Pastime), Macht wrote of a chance encounter in 1948:

As I described in the preface to my Connie Mack biography, Atlanta was a regular stop for major-league clubs barnstorming north from spring training. The Athletics were in town for two games.

Connie Mack was sitting on a park bench in left field while his team took batting practice. I decided I’d like to meet him. He was 85. I was 18. I walked out and introduced myself and shook hands—I remember bony but not gnarled fingers—and sat down. I asked him something about some team that was in the news—it might have been a clubhouse fight or something of that nature. He answered politely, patiently, assuring me that whatever it was wouldn’t affect the team’s performance on the field. I asked him about this and that—an 18-year-old’s questions, devoid of any great insight or import. After a few minutes I thanked him for the opportunity to talk with him and took my leave. I had no idea that I would be writing his biography sixty years later.

When he first conceived of the Mack biography in the mid-1980s, he knew it would be only the second in the field—following a smallish Putnam biography penned by Fred Lieb. He thought it would be a singlevolume work of some 300 pages. And there was Connie Mack’s ghosted autobiography, My 66 Years in Baseball, published in 1950. After nearly three decades of largely pre-Internet research, Macht jokingly called his work, completed this past year with a third volume, My 66 Years in Researching Connie Mack.

Macht and his wife Sherie now reside in Escondido, California. Future baseball researchers may view archival materials (much of it available via online request) from his Mack biography at Southern Methodist University’s DeGolyer Library in Dallas, Texas.