In 1948, the St. Louis Cardinals farm system was a model for other big-league teams. When one of the Cardinals’ 21 farm teams was struck by tragedy in July 1948, organized baseball rallied around the organization. On July 24, 1948, a bus carrying the Duluth Dukes, a Cardinals’ affiliate in the Class C Northern League, was involved in a deadly crash. Five members of the team—manager George Treadwell and four players—were killed and 13 injured in the crash.

The crash—the second involving a minor-league team in two years—stunned minor-league baseball and the communities of Duluth, Minnesota, and St. Louis. Two of the fatalities had ties to Duluth while two of the fatalities and two injured survivors had connections to St. Louis. The Sporting News described the crash as “…next to the worst tragedy in the history of the game.”1

On the morning of July 24, following a Friday night doubleheader in Eau Claire, Wisconsin, the Dukes’ 18-passenger bus, driven by Treadwell, left Eau Claire on the approximate 150-mile trip to St. Cloud, Minnesota, for a night game against the Rox.

Around midday, the bus was traveling westbound just north of St. Paul on Highway 36 between Dale Street and Western Avenue. A truck loaded with dry ice was eastbound. Witnesses told the Associated Press that the truck hit a rough spot in the road, bounced out of control, and crossed the center line to collide head-on with bus, which was smashed onto its side and went into the ditch. Both the truck and bus burst into flames from ruptured gas tanks.2

Witnesses working in a field next to the highway and passing motorists pulled all but three of the players from the bus.

All five of the fatalities included close ties to either Duluth or St. Louis: Treadwell, who lived in Duluth’s neighboring city of Superior, Wisconsin; Gerald Peterson, who lived in the Duluth suburb of Proctor; Don Schuchman and Gil Krirdla (who played under the name of Gil Trible), both of St. Louis, and the driver of the truck, James Grealish, of St. Paul. Dukes infielder Steve Lazar, of Olyphant, Pennsylvania, died two days later.

The crash dominated the front page of the Minneapolis Sunday Tribune. (Author’s collection)

In the wake of the tragedy, The Sporting News quoted Duluth Dukes owner Frank Wade: “It is best that we go on.”3

“I can’t tell you what a shock this accident is to my father and myself,” Dick Wade told the Minneapolis Sunday Tribune. “They were the finest bunch of kids— ranged in ages from 19 to 25—I have seen in baseball. We hope to rebuild our team immediately so that we can finish the schedule. We already have had offers from all Northern League teams. The St. Louis Cardinals have promised to get replacements here immediately.”4

Offers of assistance poured in from the other seven Northern League clubs and the Cardinals. George Sisler, Jr., assistant to the president of the Cardinals, was sent to St. Paul, “to see the boys get the best possible medical treatment.”5

Within four days, Sisler and Joe Mathes, the Cardinals farm director, and the Northern League had a plan for the team to resume its schedule. The seven Northern League teams loaned a dozen players to Duluth and the Cardinals sent nine players. The Minneapolis Millers of the Triple-A American Association also loaned a player. Ted Madjeski, who was catching for Houston in the Texas League and had served as the interim player/manager of Fort Lauderdale of the Class C Florida International League earlier in the season, was named manager. 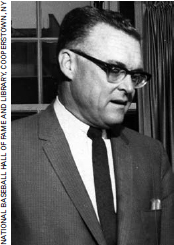 One of the Cardinal farmhands assigned to Duluth was 20-year old Lou Branca. “I had just signed with the Cardinals,” said Branca, who had spent two years in the Navy after graduating from South St. Paul High School. “I was playing amateur baseball for South St. Paul and threw a no-hitter against Cannon Falls.

“The next day, the Cardinals, New York Giants, and Brooklyn Dodgers all called. I talked to all three teams and the Cardinals sounded the best. After I signed, I had a train ticket for Johnson City, Tennessee (home of the Cardinals farm team in the Class D Appalachian League). I got a call from the Cardinals and they said, ‘Hold on. Go to Duluth’ When I got to Duluth, we worked out. Nobody knew anybody. Everyone was still in shock. I roomed with a kid (Harley Beavers) from St. Louis.”

On July 31, one week after the crash, the Dukes resumed play. They lost to their neighbor, the Superior (Wisconsin) Blues, 5-3. The next night, the teams played again in Superior, with the Dukes scoring three runs in the ninth inning to rally for a 6-5 victory.

Proceeds from the two games contributed $10,000 to a fund to benefit the crash victims and their families.

“That first game in Superior was something,” said Branca. “I’ll never forget it. The stands were completely full.”

After that game, the Dukes embarked on a road trip.

“When we took our first road trip we went through St. Paul [en route to Sioux Falls, South Dakota],” said Branca. “We stopped at Ancker Hospital and visited the guys.”

The Dukes, who were 40-34 before the crash, went 13-27 over the rest of the season. Despite falling out of contention for a playoff spot, the Dukes led the Northern League in attendance (97,527).

Only one player under contract to the Dukes was not injured in the crash. Sam Hunter, who had been signed by the team the week before accident, intended to join the team in Eau Claire for the trip to St. Cloud. But by the time Hunter’s train from Chicago arrived in Eau Claire, the Dukes had already departed.

The Ramsey County Attorney’s office announced a week after the crash that no criminal action would be brought as a result of the crash. Assistant Ramsey County Attorney Robert Flynn said the county would meet with the Minnesota Highway Department, “to correlate conflicting reports as to the cause of the accident.”6 The initial investigation of the Dukes crash, onducted by the state highway department, indicated “the condition of the road was not a factor. A wavy or ‘washboard section,’ blamed by some observers, was 100 feet from the point of impact.”7

According to a news report, “The highway department contends that the truck’s steering apparatus may have been faulty. Investigation of the wreckage shows the apparatus was worn, according to a highway official.”8

Branca played for the Dukes again in 1949, but shoulder problems forced him to retire after the season. He went on to become a high school baseball coach, including 20 years as the head coach at Rochester (Minnesota) John Marshall High School. He was elected to the Minnesota High School Baseball Coaches Association Hall of Fame in 2007.

Dukes owner Frank Wade, who resurrected the Northern League name through his involvement in a new league in 1933—there was no Northern League 1918-32—sold the Dukes in 1951. He died in January of 1953 at the age of 80. An Associated Press story said, “Wade’s health began to fail after the accident.”9

A relative of Wade’s told a newspaper columnist, “He never was the same after that highway accident in 1948.”10

McGaha, who had been a three-sport letterman at the University of Arkansas, recovered from his injuries to resume his career in 1949. In 1954, he began his managing career at the age of 27 as the player-manager of Shreveport of the Class AA Texas League. He stopped playing in 1958 and managed two more seasons in the minors before becoming the Cleveland Indians manager in 1962. He also managed the Kansas City Athletics in 1964 and 1965. He retired from baseball after the 1970 season. After baseball he worked as director of Parks and Recreation in Shreveport and Bossier City, Louisiana. He died in 2002.

Bernie Gerl, who was pulled out of the burning bus by a passerby, recovered from his injuries to resume his career in 1950. Gerl, who along with teammates Schoendienst and Bob Vogeltanz, was named to the Northern League All-Star team in 1948, then sat out the 1951 season before playing for the Dukes in 1952 and 1953. Gerl died on November 7, 2020, at the age of 94. He was the last living survivor of the crash.

Just over two years earlier—on June 24, 1946—a chartered bus carrying the Spokane team of the Class B Western International League had crashed on a mountain pass east of Seattle. Nine players died in the accident. One survivor of the crash was former major- leaguer Ben Geraghty. The injuries Geraghty suffered in the crash may have hastened the end of his playing career. He began his managing career by taking on duties as player-manager in 1946 after the crash. He spent the following season with Spokane and then finished his playing career in 1948 with the Meridian Peps of the Southeastern League. He eventually managed Jacksonville in the Class A South Atlantic League. In 1953, Jacksonville—with Henry Aaron—won the league’s regular-season title with a 93-44 record before losing to Columbia in the league’s playoff finals.

After the Dukes accident, one national sports writer wrote that minor league baseball teams needed to consider hiring full-time drivers. “It is about time.. .that all minor league teams using buses be forced to hire full-time drivers instead of using players as chauffeurs. On many minor-league teams expenses are held down by getting players with drivers licenses to pilot the buses. .[This] is an invitation to accident. That’s why there should be a full-time chauffeur.”11

JOEL RIPPEL, a Minnesota native and graduate of the University of Minnesota, has contributed as an editor or writer to two dozen books published by SABR. He is the author or co-author of 11 books on Minnesota sports history and has worked for newspapers for more than 50 years.

In addition to the sources cited in the Notes, the author conducted a phone interview with Lou Branca in January 2022, and also consulted Baseball-Reference.com, Newspapers.com, and Retrosheet.org.