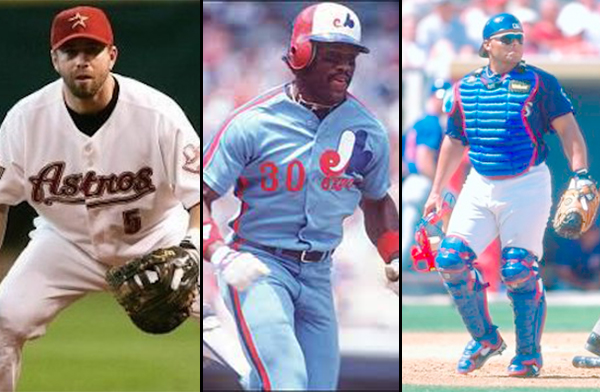 Jeff Bagwell, Tim Raines, and Ivan Rodriguez were announced as the newest inductees to the National Baseball Hall of Fame on January 18, 2017.

Bagwell, the unanimous 1994 NL MVP and star first baseman for the Houston Astros, received 86.2 percent of the 442 ballots cast by the Baseball Writers’ Association of America in his seventh year on the ballot. He will join his longtime teammate and friend Craig Biggio, who was elected in 2015, in the Hall of Fame this summer.

Raines, the Montreal Expos speedster with the fifth-highest total of stolen bases in baseball history, received 380 votes (86.0 percent) in his 10th and final year on the writers’ ballot. His campaign surged past the 75-percent threshold required for election after an initial total of 24.3 percent in 2008.

Rodriguez became the second catcher, along with Johnny Bench, to make it to the Hall of Fame in his first year on the ballot. He won 13 Rawlings Gold Glove Awards and was named American League MVP in 1999. He received 336 votes (76 percent).

Find all published SABR biographies for Baseball Hall of Fame inductees — including the Class of 2017 — by clicking here.