SABR is pleased to announce that the prologue focusing on the Brooklyn Dodgers in Bill Sullivan’s Long Before the Miracle: The Making of the New York Mets, published by CreateSpace, has been selected as the winner of the Ron Gabriel Award in 2017. 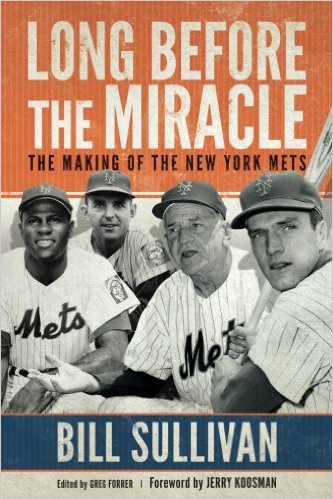 Sullivan, a SABR member from Alexandria, Virginia, is a longtime sports journalist who now teaches landscape design. He will be honored at the SABR 47 convention, June 28-July 2, 2017, in New York City.

Honorable mention was given to the following article: