The 2018 George Michael SABR Pictorial History Award, which was established by SABR’s Pictorial History Research Committee to honor significant contributions to the knowledge and understanding of historical baseball imagery, has been awarded to Craig Brown, founder of the Threads of Our Game website. 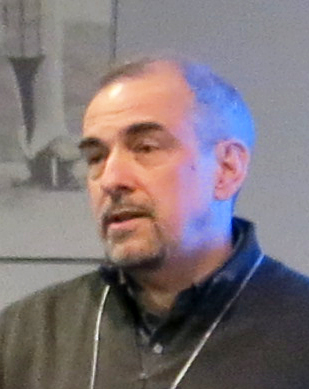 Marc Okkonen’s Baseball Uniforms of the 20th Century was a singular achievement based on painstaking research done without the aid of the internet. The thought of doing anything similar for the 19th century seemed virtually impossible.

Craig Brown was undeterred, taking on not only 19th-century major-league team uniforms, but also the high minor leagues. Exploiting the vast archives of the Internet and what we could call “small crowd sourcing” thanks to a talented group of “diggers,” Craig has produced what has to be the best 19th-century baseball pictorial site in existence at ThreadsofOurGame.com.

We first mentioned Craig in our November 2013 issue, noting his work appearing in the Rochester Baseball Historical Society website. Craig then launched Threads Of Our Game in the summer of 2014 and over the past four years he has been working his way through the 19th century. He currently is studying the uniforms of 1895. In the four years since the launch, Threads had reached several important milestones. More than 500 pages have now been posted to the site, with more than 1,200 historical baseball images shown.

The project now has more than 50 baseball historians contributing research, with “diggers” specializing in player identifications and newspaper research. Threads is also listing “Uni-Firsts,” the first occurrence of new uniform styles in the century, such as knickers (1867 Cincinnati) or the road uniform (1886 Boston). In April 2018, Craig was selected as one of the key presenters at the SABR Frederick Ivor-Campbell Conference in Cooperstown, giving a 30-minute talk on the 10 most influential uniforms of the 19th century.

This effort has been an unparalleled success. The determination of color for so many of the uniform details is astounding. Sources of information are listed. Where information is lacking, this is noted encouraging diggers to keep digging. The website exemplifies what should be expected from SABR researchers — putting in a substantial effort to get the details right.

In choosing Craig for the 2018 George Michael SABR Pictorial History Committee Award, we thank him for contributions to the scholarly interpretation of historical baseball imagery and look forward to his future discoveries.