The George Michael SABR Pictorial History Award, established in 2014, is granted by SABR's Pictorial History Research Committee for significant contribution to the knowledge and understanding of historical baseball imagery. 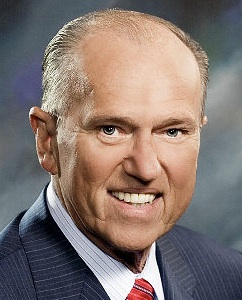 George Michael was a nationally known sportscaster, as well as a longtime SABR member and baseball photo collector. He specialized in the analyses of early- to mid-20th century game action scenes (particularly ones that included players sliding), showing remarkable skill in determining the date of the game and even the particular play within the game, along with the identification of the players and umpires present.

He combined all that with an excellent presentation style, as can be seen in:

His influence can be seen in photo analysis articles that have subsequently appeared in the Pictorial History Committee’s own newsletters, as well as pieces in the Baseball Research Journal and The National Pastime.

The George Michael Award will be bestowed when merited and thus not necessarily given every year. Recipients will be selected by consensus of the Pictorial History committee chairs.