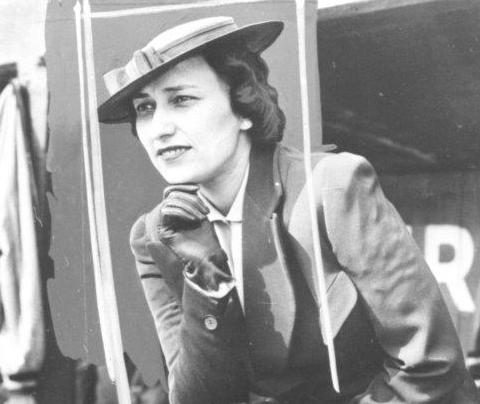 Effa Manley, former owner of the Negro League Newark Eagles and the only woman elected to the National Baseball Hall of Fame, was honored on Saturday, September 12, 2020, with the Dorothy Seymour Mills Lifetime Achievement Award during the SABR/IWBC Women in Baseball Conference.

Manley and her husband Abe created a championship team with the Newark Eagles of the Negro National League. Her role as co-owner of the Eagles included handling contracts and travel schedules for the Eagles, as well as promoting the team. From 1935 until she sold the team in 1948, Manley worked tirelessly to make the Eagles a team to beat as well as an integral part of the Newark community.

During her tenure, seven future Hall of Famers played for the Eagles, who won the 1946 Negro League World Series, the last played prior to Jackie Robinson’s major-league debut a year later. Manley used her position as owner to promote and support a wide range of social justice efforts, including the “Don’t buy where you can’t work” campaign as well as anti-lynching days at the ballpark and benefit games during World War II. She also pushed for recognition of the Negro Leagues by Major League Baseball and was successful in receiving compensation for the Cleveland Indians’ signing of Larry Doby.

After she sold the Eagles, Manley moved to California and co-wrote a book about her experiences. She was elected to the Baseball Hall of Fame in 2006.

In addition to Manley, the other finalists for the 2020 award were Amanda Clement, the first female baseball umpire; Janet Marie Smith, Los Angeles Dodgers’ Senior Vice President of Planning and Development and acclaimed baseball stadium architect; Justine Siegal, Baseball For All founder and longtime baseball player, coach, and advocate; Claire Smith, pioneering sports writer and J.G. Taylor Spink Award recipient; and Toni Stone, one of only three women to play in the Negro Leagues.