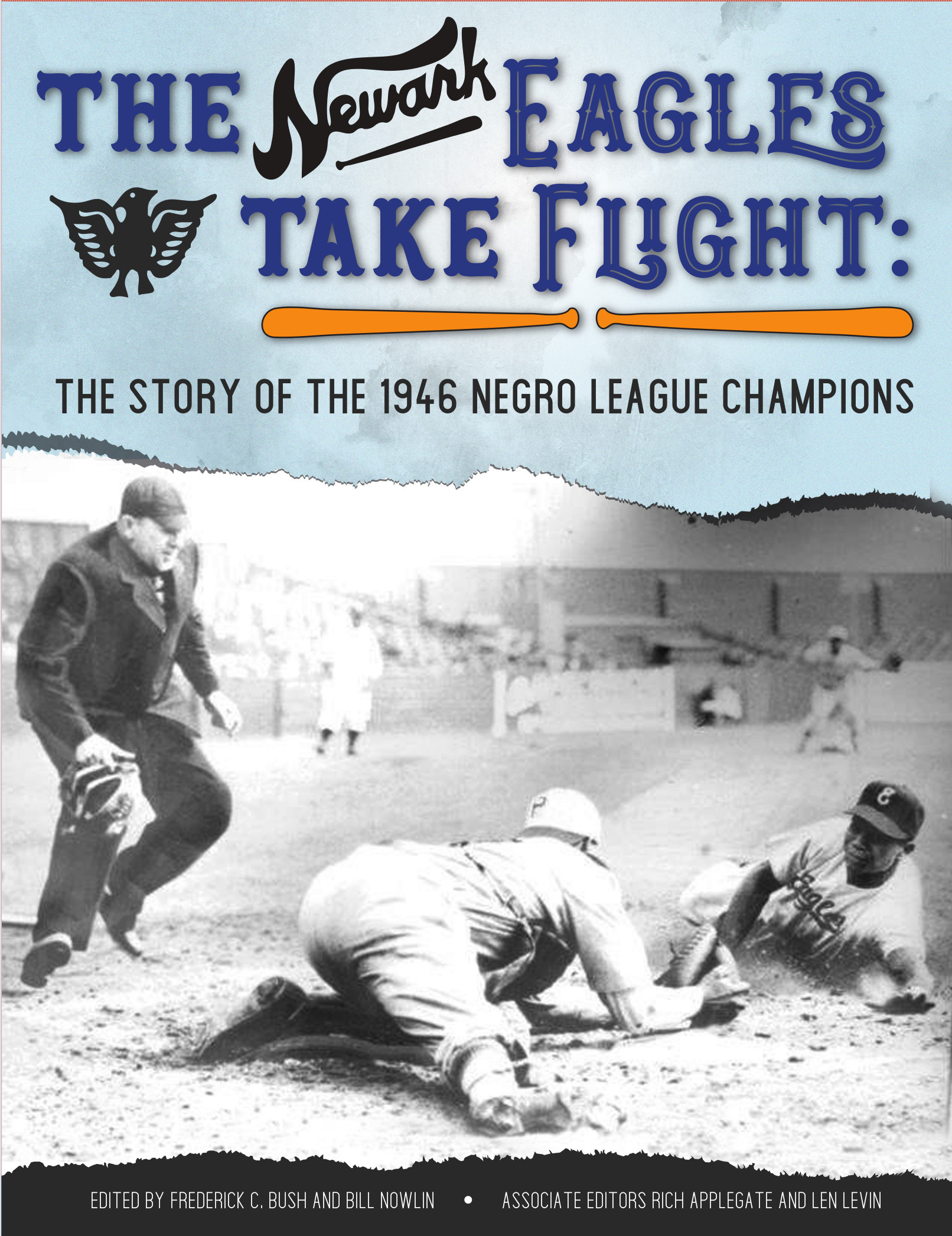 Add a soaring baseball book to your collection with our newest title from the SABR Digital Library:

The Newark Eagles won only one Negro National League pennant during the franchise’s 15-year tenure in the Garden State, but the 1946 squad that ran away with the NNL and then triumphed over the Kansas City Monarchs in a seven-game World Series was a team for the ages. World War II had ended, and numerous players who had served in the military returned to resume their playing careers with the Eagles. The returning veterans composed a veritable “Who’s Who in the Negro Leagues” and included Leon Day, Larry Doby, Monte Irvin, and Max Manning, as well as numerous role players. Four of the Eagles’ stars — Day, Doby, Irvin, and player/manager Raleigh “Biz” Mackey, as well as co-owner Effa Manley — have been enshrined in the National Baseball Hall of Fame in Cooperstown.

This book, which was researched and written exclusively by more than 30 SABR members, presents not only the famous individuals, but also tells the tales of the other stars and the lesser-known players insofar as history allows them to be revealed. In addition to biographies of the players, co-owners, and P.A. announcer, there are also articles about Newark’s Ruppert Stadium, Leon Day’s Opening Day no-hitter, a sensational midseason game, the season’s two East-West All-Star games, and the 1946 Negro League World Series between the Eagles and the renowned Kansas City Monarchs. A season timeline and a history of the Eagles’ years in Newark help to present the entire context of the team and its lone championship season.