2021 Seymour Medal winner Eric Nusbaum, author of Stealing Home: Los Angeles, the Dodgers, and the Lives Caught in Between, accepted his award at the banquet of the 28th annual NINE Spring Training Conference on Saturday, March 13.

The Seymour Medal honors the best book of baseball history or biography published during the preceding calendar year. Nusbaum’s book was published by PublicAffairs. The Seymour Medal, named in honor of Dr. Harold Seymour and Mrs. Dorothy (Seymour) Mills, was first awarded by SABR in 1996. Nusbaum was presented with his medal by SABR Board President Mark Armour during a virtual ceremony on Saturday evening.

“This is a real honor,” Nusbaum said. “SABR members have been such a huge part in making this book a reality … and making my work possible.”

Other highlights of the conference included a keynote address by Jim Gates, Librarian Emeritus of the National Baseball Hall of Fame and Museum in Cooperstown; along with research presentations by, among others, R.A.R. Edwards (“Claiming a Legacy: Dummy Hoy and the Signs of Baseball”); Emalee Nelson (“Cuba, Colorism, and Curveballs: The Story of Seven Cuban Women’s Journey in the AAGPBL”); Lee C. Kluck (“Harry Dalton, the California Angels, and a Case of Manifest Destiny Derailed”); Roberta J. Newman (“From Zeros to Heroes: Morita Manasori’s Rookies, Shonen Manga, and the Transformative Powers of Baseball”); and Katie Neipris (“Examining Gendered Spectatorship through Baseball Songs”). 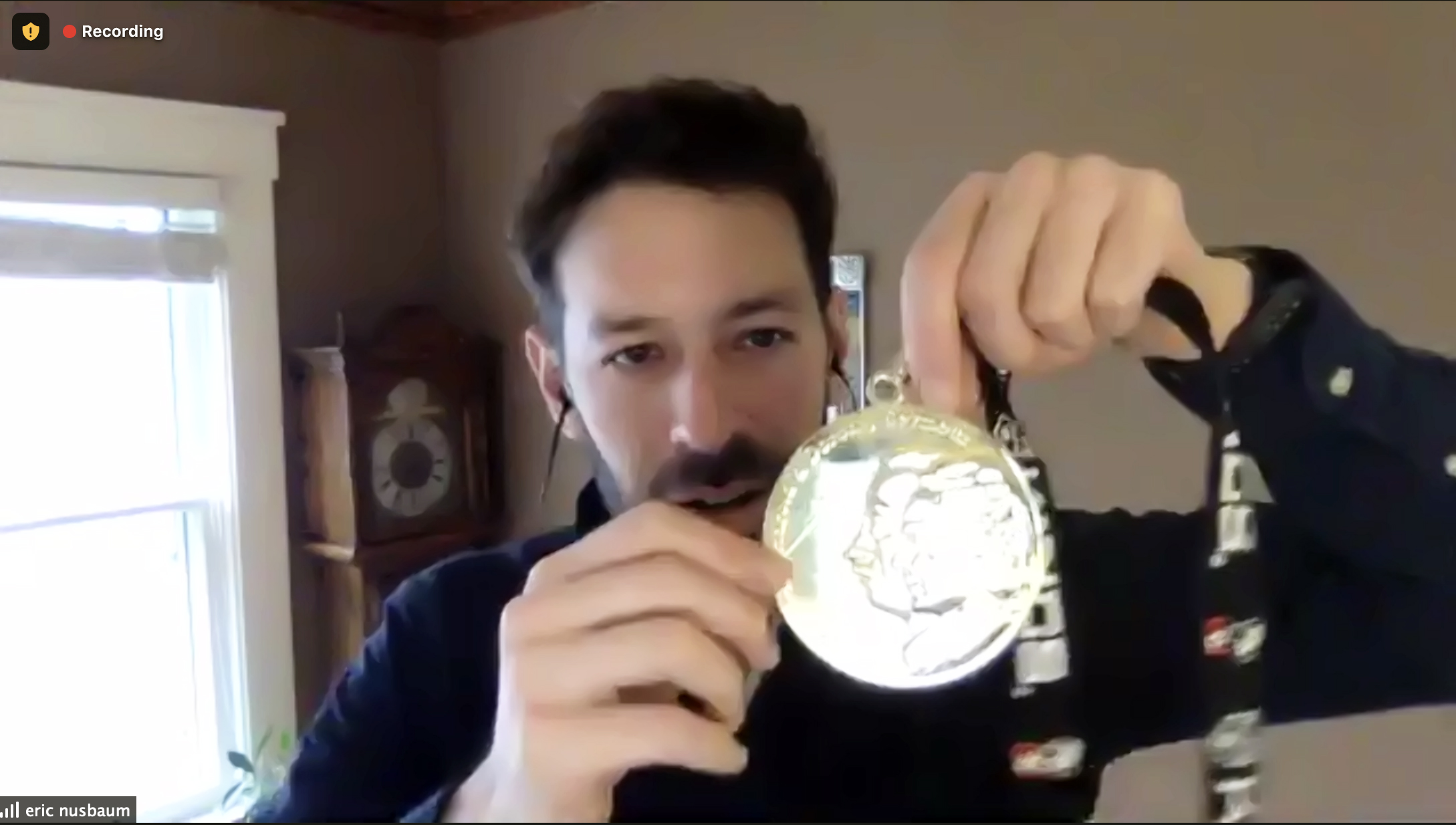 Author Eric Nusbaum holds up his Seymour Medal during a virtual presentation ceremony on March 13, 2021, as part of the NINE Spring Training Conference.