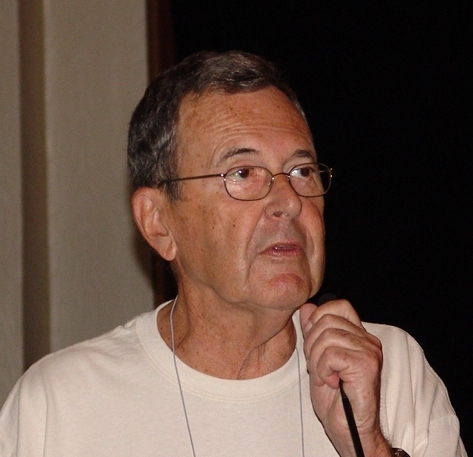 Beverage was the founder and president of the PCL Historical Society from its inception in 1987 through 2016 and remains active in the organization. While the Society was originally established to honor the early greats of the PCL, it has since recognized players from all eras. At its peak, the PCLHS had over 700 members, many of whom were former ballplayers.

The Nebraska native’s illustrious career spans beyond the PCL. Beverage also served 13 years on SABR’s Board of Directors, including as president from 2003 to 2009. Beverage was honored with the Bob Davids Award in 2013, SABR’s highest honor. He is the author of more than a dozen articles and four books on the Pacific Coast League, including The Los Angeles Angels of the Pacific Coast League: A History, 1903-1957; The Hollywood Stars; and Hollywood Stars Baseball in Movieland, 1926-1957. His work sparked the interest of many fans and prompted the creation of the PCLHS.

The 81-year-old additionally spent 18 years as the Secretary-Treasurer of the Association of Professional Baseball Players of America (APBPA), which, since 1924, has provided financial assistance for professional baseball players (major and minor leagues), coaches, umpires, scouts and clubhouse personnel. Beverage resides in Placentia, California with his wife, Rae.

Scarsella enjoyed a renowned nine-year PCL career from 1941-49 and was twice named league MVP with the Oakland Oaks, where he won the batting title in 1948 and led the team to the league championship. He also hit .322 as a rookie with the Seattle Rainiers in 1941, when that team won the PCL championship. Scarsella also played parts of five seasons in the major leagues from 1935-40, hitting .284 with six home runs and 109 RBI for the Cincinnati Reds and Boston Bees. Scarsella died at age 45 in December 1958.