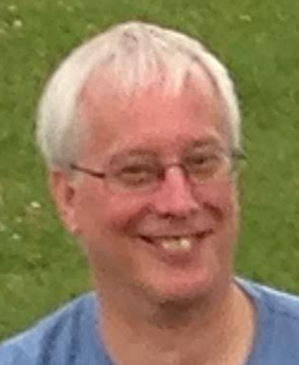 Bob first joined SABR in 1984. He was a founding member of the Kekionga Chapter of Fort Wayne and active in the Nineteenth Century Committee. He was an original member of the Overlooked 19th Century Baseball Legends Project with Charles Faber and Joe Williams beginning in 2008. The trio created the process to elect a 19th-century baseball great who has yet to be inducted into the National Baseball Hall of Fame. The 2010 Overlooked Legend winner, James “Deacon” White, was inducted into the Hall of Fame in 2013. Bob and Joe attended the ceremony and Bob represented SABR on September 29, 2013, in Aurora, Illinois for James “Deacon” White Day. As part of the celebration, the 200 block of South Calumet Avenue received the honorary designation of “James ‘Deacon’ White Way” with a street sign unveiling at the corner of Marseillaise and Calumet Avenues.

Bob was passionate about honoring greats of the early game which led him to becoming the original chairman of SABR’s 19th Century Grave Marker Project. Bob had to step down when he became too ill to continue as chairman, turning the project over to current chairman Ralph Carhart. The project unveiled its first grave marker on May 14 in Brooklyn’s historic Green-Wood Cemetery for New York Knickerbocker pioneer James Whyte Davis.

Despite his health issues, Bob was a youthful looking man with an upbeat personality. His sense of humor and positive outlook on life during his courageous battle to survive was truly inspirational to all that knew him. He brought his good spirits to Cooperstown each April to attend the Frederick Ivor-Campbell 19th Century Base Ball Conference (“The Fred”) where he would gain pleasure speaking with many of his colleagues.

Bob is survived by his wife, Mindy, and his daughter, Caitlin. In lieu of flowers, Bob wanted people to donate to SABR’s 19th Century Grave Marker Project.