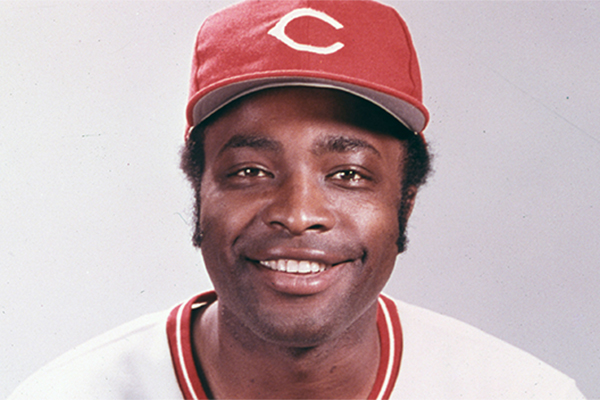 Hitting for average and power and stealing bases with aplomb, employing his trademark elbow flap in the left-handed batter’s box, Joe Morgan as a teenager was the star of the Castlemont High School baseball team in Oakland, California. Major-league scouts were well aware of the quality of play in the East Bay in the 1950s. Among alumni of Oakland schools were such luminaries as Frank Robinson, Vada Pinson, and Curt Flood. Scouts came to games not to see a pint-sized infielder, but to view other more heralded players. No team offered Morgan a signing bonus out of high school. After enrolling at Oakland City College, Morgan was finally signed by the expansion Houston Colt .45s in 1962.

Who can blame them? At 5-feet-7 and 140 pounds, the diminutive infielder did not seem a likely prospect for professional baseball. Who could have guessed that Joe Morgan would go on to become a two-time Most Valuable Player in the National League, a member of the National Baseball Hall of Fame in Cooperstown, and almost universal recognition as one of the greatest second basemen in the history of major-league baseball?

Morgan, who died at the age of 77 on October 11, 2020, developed into an All-Star second baseman in Houston, then moved on to Cincinnati in a blockbuster eight-player trade before the 1972 season. He led the Reds to a National League pennant in his first season there and became the unlikely engine of the Big Red Machine, a dynasty that won back-to-back World Series championships in 1975 and ’76. Sports Illustrated proclaimed Morgan as the most complete player in the game.

As his longtime teammate Johnny Bench said, “Joe Morgan was quite simply the best baseball player I played against or saw.”

After the Reds broke up their dynasty, Morgan continued playing a significant role in National League pennant races for the rest of his career. He returned to Houston and led the Astros to an NL West division crown in 1980, then spoiled the Los Angeles Dodgers’ chase for the postseason with a clutch home run for the San Francisco Giants near the end of the 1982 season, when he won the NL Comeback Player of the Year and Silver Slugger awards. In the 1983 World Series, Morgan hit two home runs during the Philadelphia Phillies’ five-game series loss to Baltimore.

In retirement, Morgan turned to the broadcast booth, calling games on ESPN’s “Sunday Night Baseball” from 1990 to 2010 with Jon Miller. The duo’s 21 seasons together made them the longest-tenured national broadcast team in baseball history.