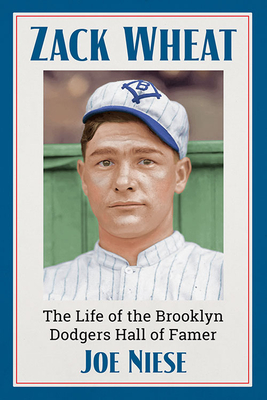 SABR is pleased to announce that Joe Niese’s Zack Wheat: The Life of the Brooklyn Dodgers Hall of Famer, published by McFarland & Co., has been selected as the winner of the Ron Gabriel Award in 2021.

Niese is a library director from Chippewa Falls, Wisconsin, and the author of Burleigh Grimes: Baseball’s Last Legal Spitballer; Handy Andy: The Andy Pafko Story; and other articles and books on sports.