Daniel Lucius “Doc” Adams has been selected as SABR's Overlooked 19th Century Baseball Legend for 2014. The announcement was made Thursday, July 31 at the Nineteenth Century Committee’s annual business meeting held at SABR 44 in Houston. 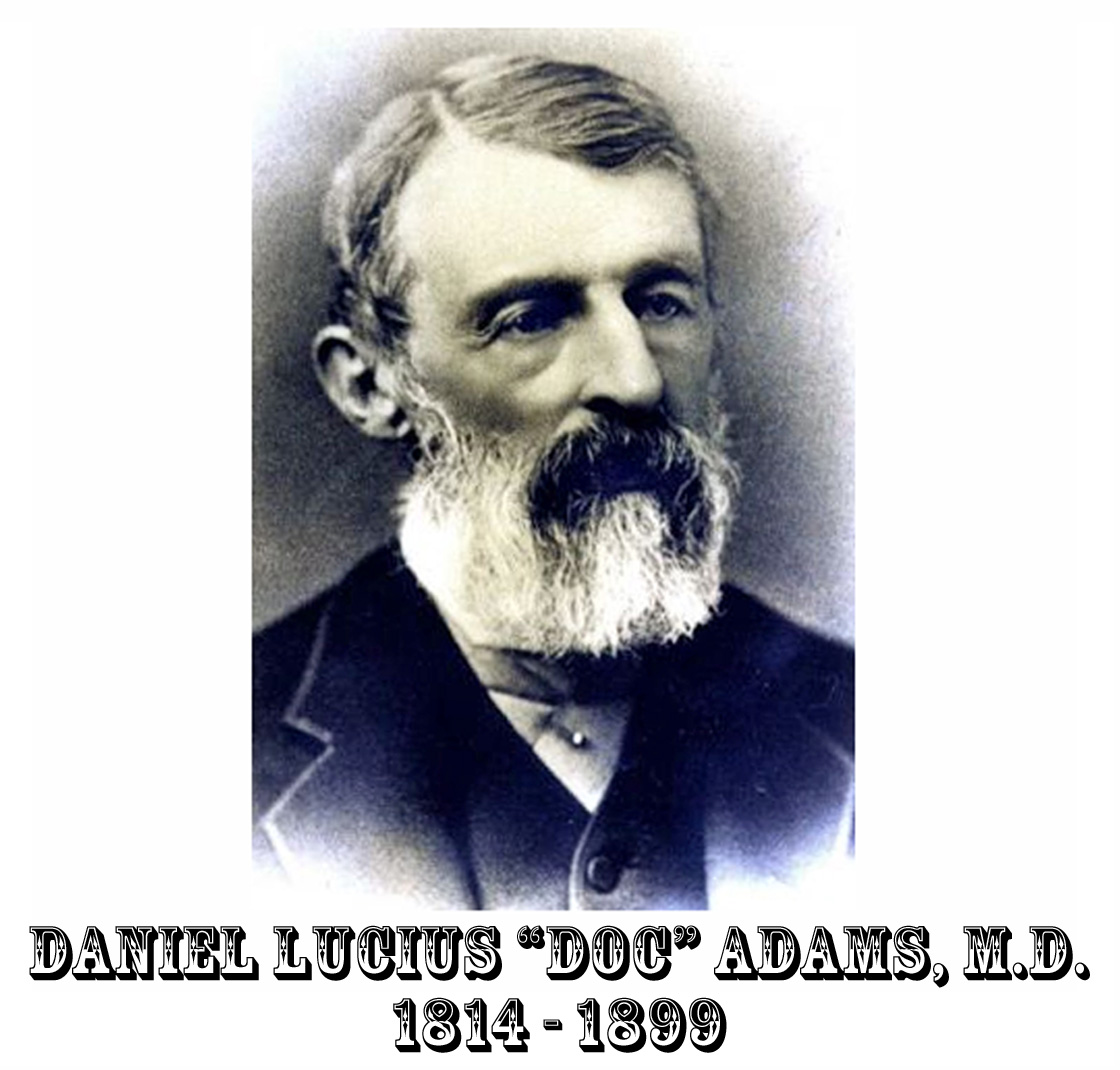 In June, members of SABR submitted their votes for the 2014 Overlooked 19th Century Base Ball Legend—a 19th-century player, manager, executive or other baseball personality not yet inducted into the National Baseball Hall of Fame in Cooperstown, New York.

Previous Overlooked Legends were Pete Browning in 2009, Deacon White in 2010, Harry Stovey in 2011, Bill Dahlen in 2012, and Ross Barnes last year. White became the first Overlooked Legend to be inducted into the Hall of Fame in 2013.

It is tempting but foolish to attempt to bestow the title “Father of Baseball” on any single individual. Dozens — if not hundreds — of pioneers could claim the title in one way or another. But one of the very first and most influential early pioneers has remained relatively unknown.

Daniel Lucius Adams was born in Mont Vernon, New Hampshire on November 1, 1814. He began playing bat and ball games in the early 1830s. After graduating from Yale in 1835 and Harvard Medical School in 1838, Adams returned to New Hampshire to practice medicine with his father. In 1839, Adams moved to Boston and then New York City to set up his own practice and began playing base ball. In 1840, Adams joined the New York Base Ball Club.

Adams became a member of the famed Knickerbocker Base Ball Club in 1845, about a month after the club was formed. He was elected Vice President of the Knickerbockers in 1846 and played in the famous “first” game between clubs on June 19 at Elysian Fields in Hoboken, New Jersey (other Knickerbocker games at the time were intrasquad affairs). The following year Adams was elected President of the club, a position he held for the next three years and would serve again from 1856 to 1858. In 1848, Adams led the committee to revise the rules and by- laws of the Knickerbockers.

As a player, Adams is credited by most baseball historians with pioneering the shortstop position in 1849 or 1850. Before teams were limited to nine players, any extra players not pitching or covering a base would play in the outfield. Adams was the first to start playing shallow to relay throws from the outfield. The balls at this time (which Adams personally produced for the Knickerbockers and other New York clubs) were soft and light and would not travel far when thrown. As balls were wound tighter and able to be thrown further, shortstops moved into the infield (with Dickey Pearce, credited by many, as the first to do so). Adams, a left-handed batter, played regularly and productively into his forties.

At Adams’ suggestion, the first baseball convention of ball clubs met in May 1857 to formalize set rules between clubs and ultimately leading to the formation of the National Association of Base Ball Players. Adams was elected president of the convention and was the first chairman of the Rules Committee. In his leadership positions, Doc played a crucial role in the establishment of several key aspects that make up the game of baseball, including nine players per team, the nine inning game, ninety feet between bases, and catching the ball on the fly to record an out rather than being able to catch the ball on one bounce for an out (the latter not officially gaining universal support until 1864).

In 1862, Adams stepped down from the Rules Committee post and resigned from the Knickerbockers. He left the legendary club as the most significant member in team history, membership that included Hall of Famer Alexander Cartwright. Upon his retirement, the Knickerbockers named him an honorary member of the club and presented him with a scroll that proclaimed him “Nestor of Ball Players.”

Adams ended his medical practice (which he maintained during his time with the Knickerbockers) in 1865 due to health issues and relocated to Ridgefield, CT with his wife (Cornelia Cook, whom he married in 1861). The couple had five children. Adams was a prominent citizen in Ridgefield, serving in the Connecticut House of Representatives, acting as the first president of the Ridgefield Savings Bank, and helping to establish the Ridgefield library (among other duties). Daniel and Cornelia were married until Adams’ death in 1899 at the age of 84. “My marriage was the crowning achievement of my life,” wrote Adams.

Here are the 2014 Overlooked Legend candidates and their point totals: