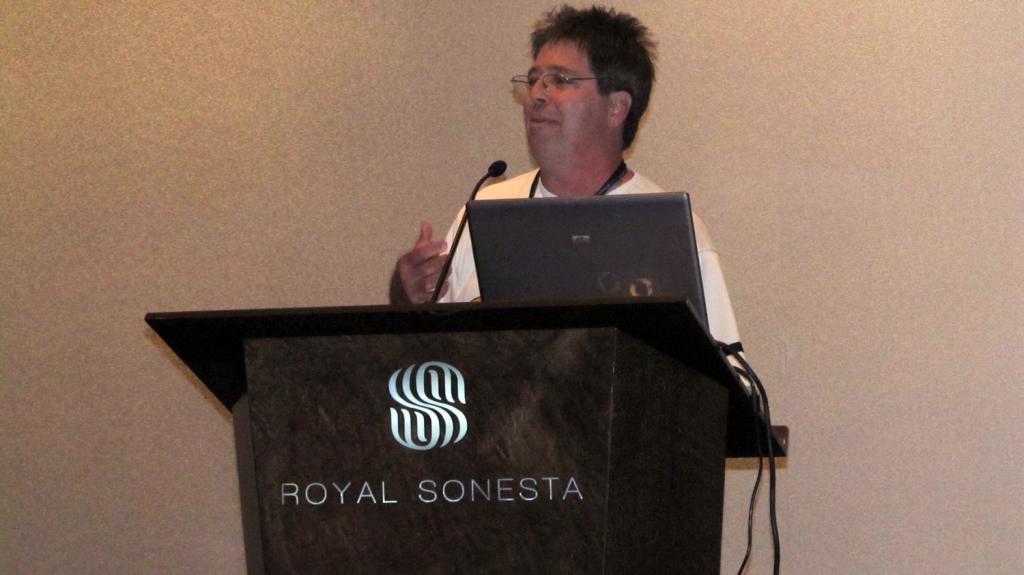 Haupert, a professor of economics at the University of Wisconsin-La Crosse and the co-chair of SABR’s Business of Baseball Research Committee, won the Pappas Award for his presentation, “William Hulbert and the Birth of the Business of Professional Baseball,” which he delivered Friday during SABR 44 at the Royal Sonesta Houston.

Hall of Famer William Ambrose Hulbert was president of the Chicago White Stockings, founder of the National League, and its second president. At the time of his premature death in 1882 he had revolutionized the business and the game of baseball. His impact on the organization of professional sports leagues has endured to this day. Haupert tells the story of William Hulbert as the story of the evolution of the American business organization. Hulbert employed fundamental business principles to create the National League, which replaced the National Association, the first professional sports league in America. Through the discovery of primary documents, including letters, league minutes, and financial records Haupert describes several previously unknown facts concerning Hulbert’s life and work, and will correct many inaccuracies that have been repeated over the past century. 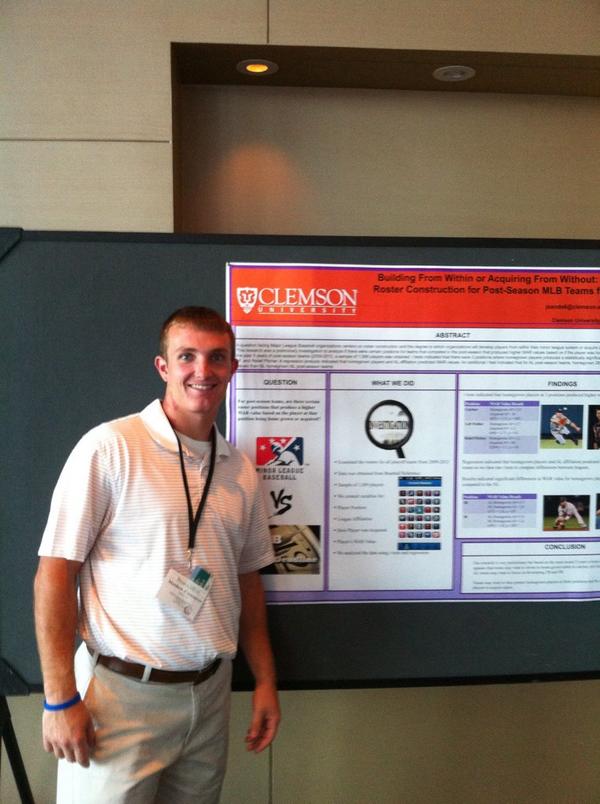 Sanderson, an Assistant Professor in the Department of Communication Studies at Clemson University, and Crownover, a rising junior at Clemson, won the USA Today Sports Weekly Award for their poster presentation, “Building From Within or Acquiring from Without: An Analysis of Roster Construction for Post-Season MLB Teams from 2009-2013.”

Their abstract is posted below:

To what extent should an organization build their roster through homegrown players, or through acquisitions? Sanderson and Crownover examined the rosters for all playoff teams in MLB for the 5-year period from 2009 – 2013, using variables for player position, league affiliation, and how the player was acquired, and also incorporated the player’s WAR value. Using regression analysis and sampling, they explore whether having homegrown at certain key positions does, in fact, correlate with better performance.