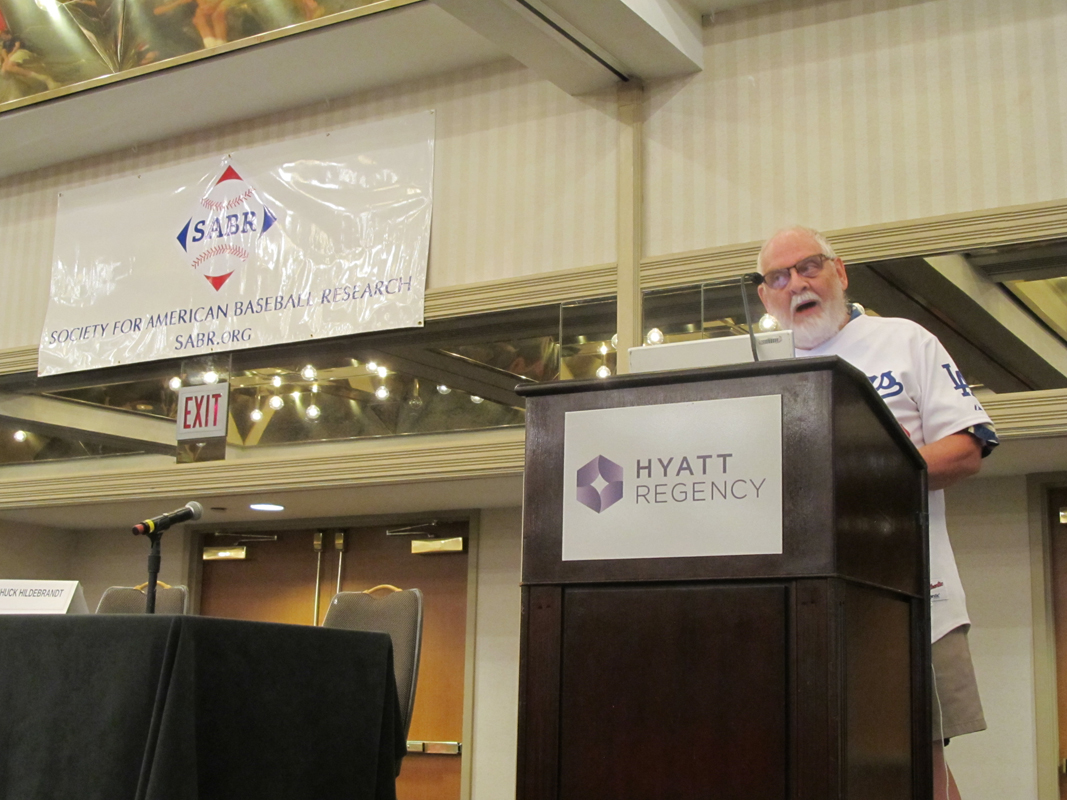 Smith’s abstract is posted below:

No one questions that relief pitcher usage has changed immensely in recent decades. If we are to believe managers and coaches, and (more importantly) the baseball media, today’s rigidly defined progression has contributed mightily to winning. A number of researchers have sought to determine whether the evidence bears out this anecdotal belief. None, until now, have unleashed the full power of Retrosheet’s database. Examining the last 95 years of game data, Dave Smith shows that the probability of victory when leading by 1-3 runs in the ninth inning has been remarkably constant the whole time, whether the starter goes the distance or the manager deploys a fresh “assigned role” reliever every inning from the sixth or seventh on, or any pattern in between.

Click here to read Smith’s award-winning paper, “The Myth of the Closer” (PDF).