Stew Thornley, Minnesota’s foremost baseball historian and the inaugural president of SABR’s Halsey Hall Chapter, was announced as the winner of the Bob Davids Award during the SABR 46 Awards Luncheon on Friday, July 29, 2016, in Miami. 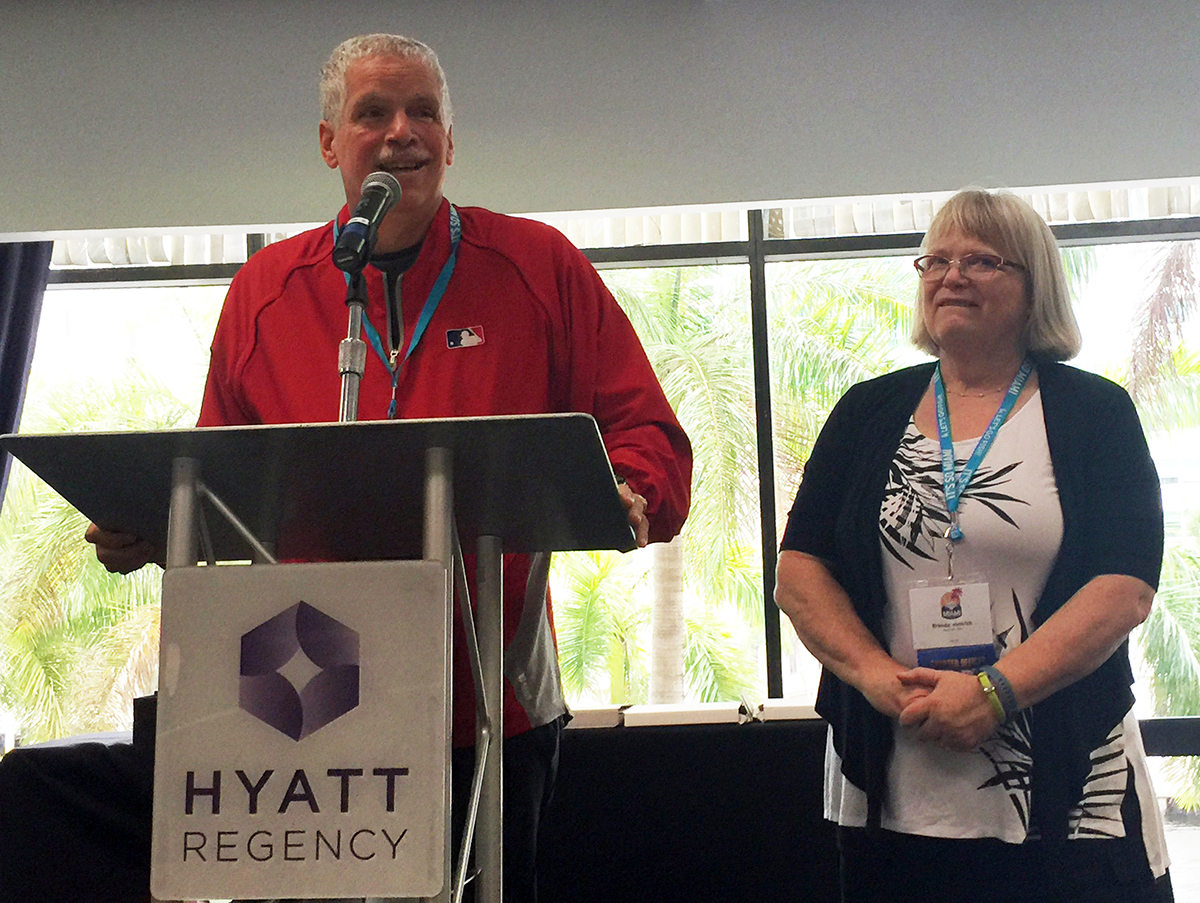 Thornley is the author of many articles and books on Minnesota baseball history, including the award-winning On to Nicollet: The Glory and Fame of the Minneapolis Millers, The St. Paul Saints: Baseball in the Capital City, Holy Cow! the Life and Times of Halsey Hall, Minnesota Twins Baseball: Hardball History on the Prairie, and SABR’s Minnesotans in Baseball.

He is also a noted scholar on the Polo Grounds and he has written SABR BioProject articles on the likes of Hall of Famers Roberto Clemente and Kirby Puckett, singer/songwriter Dave Frishberg, and Negro Leagues pioneer Toni Stone. He is well-known for his “macabre” hobby of visiting Hall of Famers’ gravesites and has created a website to catalog them all. He also maintains a list of MLB no-hitters broken up in the ninth inning.

For more than 30 years, Thornley has been one of the driving forces behind Minnesota’s Halsey Hall Chapter, one of SABR’s most active regional groups and host of the SABR 42 convention in 2012. He edits and produces the chapter’s monthly newsletter; has been the driving force in getting A-list speakers for semi-annual meetings; organizes chapter outings to regional minor-league games and events; and actively promotes the chapter whenever possible. He and his wife, Brenda Himrich, who is also a past chapter president, are regular attendees at SABR’s national convention.

Thornley can often be found in the Minnesota Twins’ press box, where he serves as one of the team’s official scorers. In 2013, he was named to the MLB Official Scoring Advisory Committee. Last year, he organized a new SABR research committee dedicated to the study of Official Scorers. 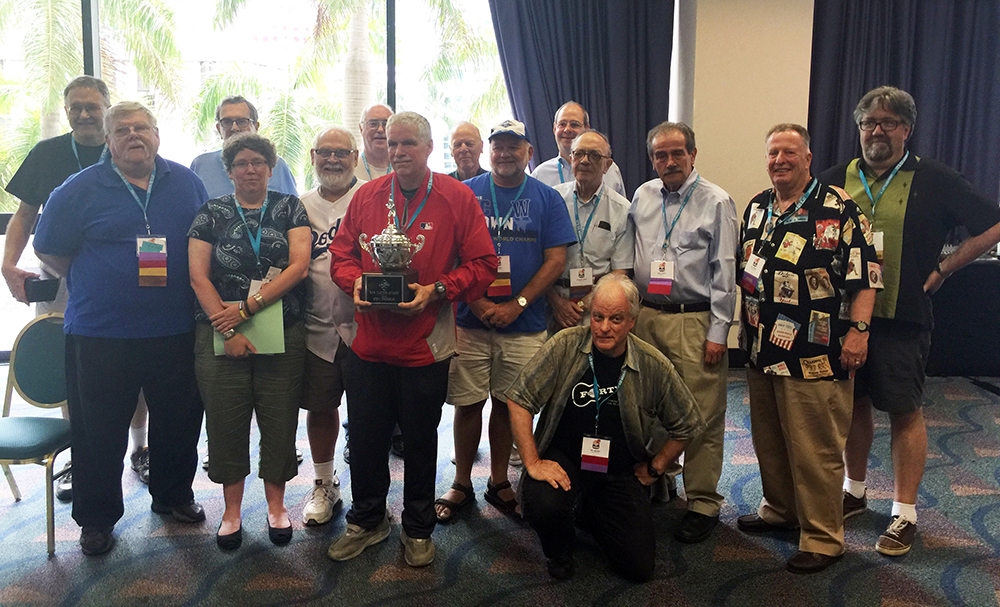 “It’s hard to find anyone more passionate about baseball history, SABR, and quality research than Stew,” said Dick Beverage, a Bob Davids Award recipient in 2013 who served on the award selection committee along with Dan Levitt and Jan Finkel.