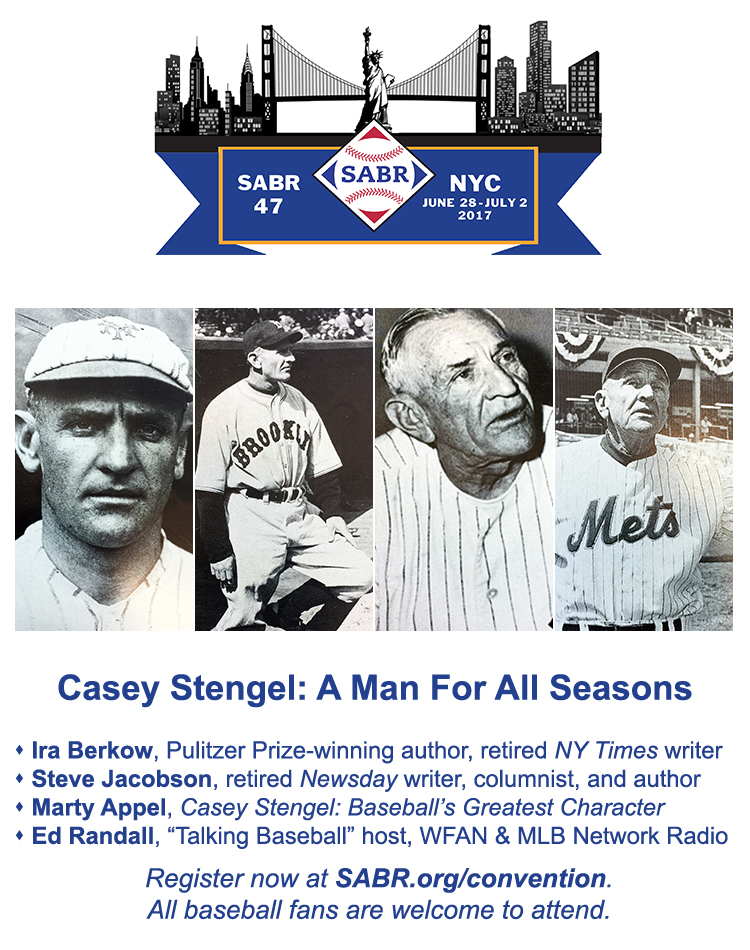 We’re excited to announce another featured panel at SABR 47 in New York City.

Casey Stengel: A Man For All Seasons, scheduled for 10:30 a.m. on Thursday, June 29, will focus on one of New York City’s most beloved baseball figures.

Casey Stengel spent 30 of his 55 baseball seasons in New York, as the only man to wear the uniforms of the Brooklyn Dodgers, New York Giants, New York Yankees, and New York Mets. He spanned from John McGraw to Tug McGraw, and his baseball universe extended from the playing fields to the hotel bars, from the players to “my writers” to the fans. He lived at the Essex House Hotel during his Yankee and Met years, and was always ready to talk baseball with anyone he encountered. He had no hobbies — he didn’t hunt, fish, golf, go to the movies, or play cards — and he got through the offseason by reading The Sporting News and giving baseball speeches. As a player, he would have been an occasional All-Star. As a manager, he hit the heights and the depths of the profession, winning 10 AL pennants and seven World Series championships. MLB Network named him the greatest character in the history of the game; you could look it up.

Our panelists are expected to include: