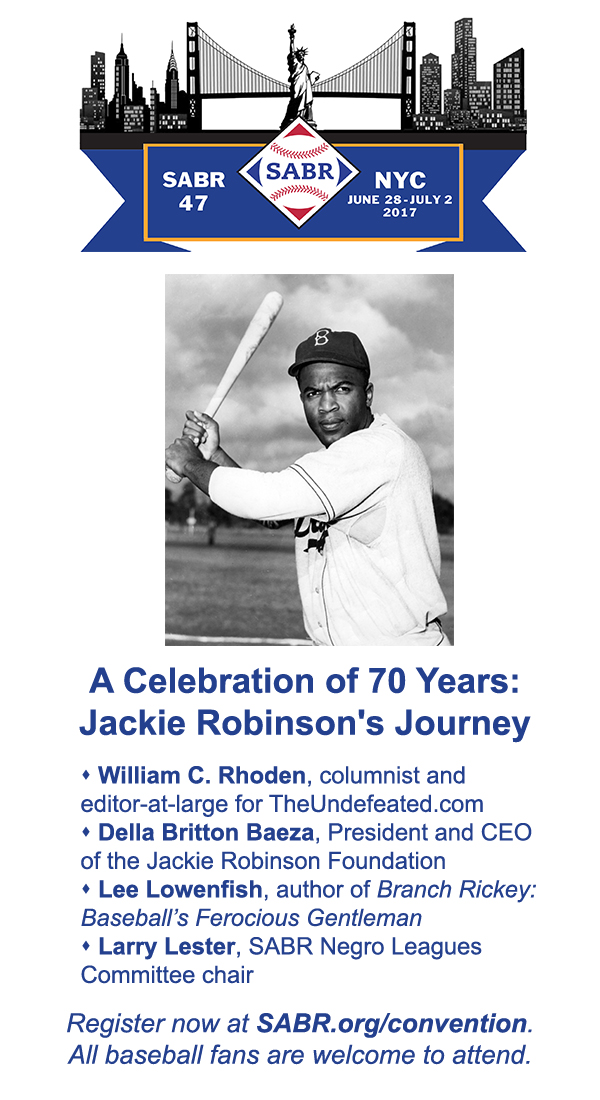 We’re excited to announce another featured panel at SABR 47 in New York City.

A Celebration of 70 Years: Jackie Robinson’s Journey, scheduled for 9:00 a.m. on Friday, June 30, will explore the legacy of the Brooklyn Dodgers’ baseball pioneer seven decades after he broke the major leagues’ color barrier in 1947. Our panelists are expected to include: