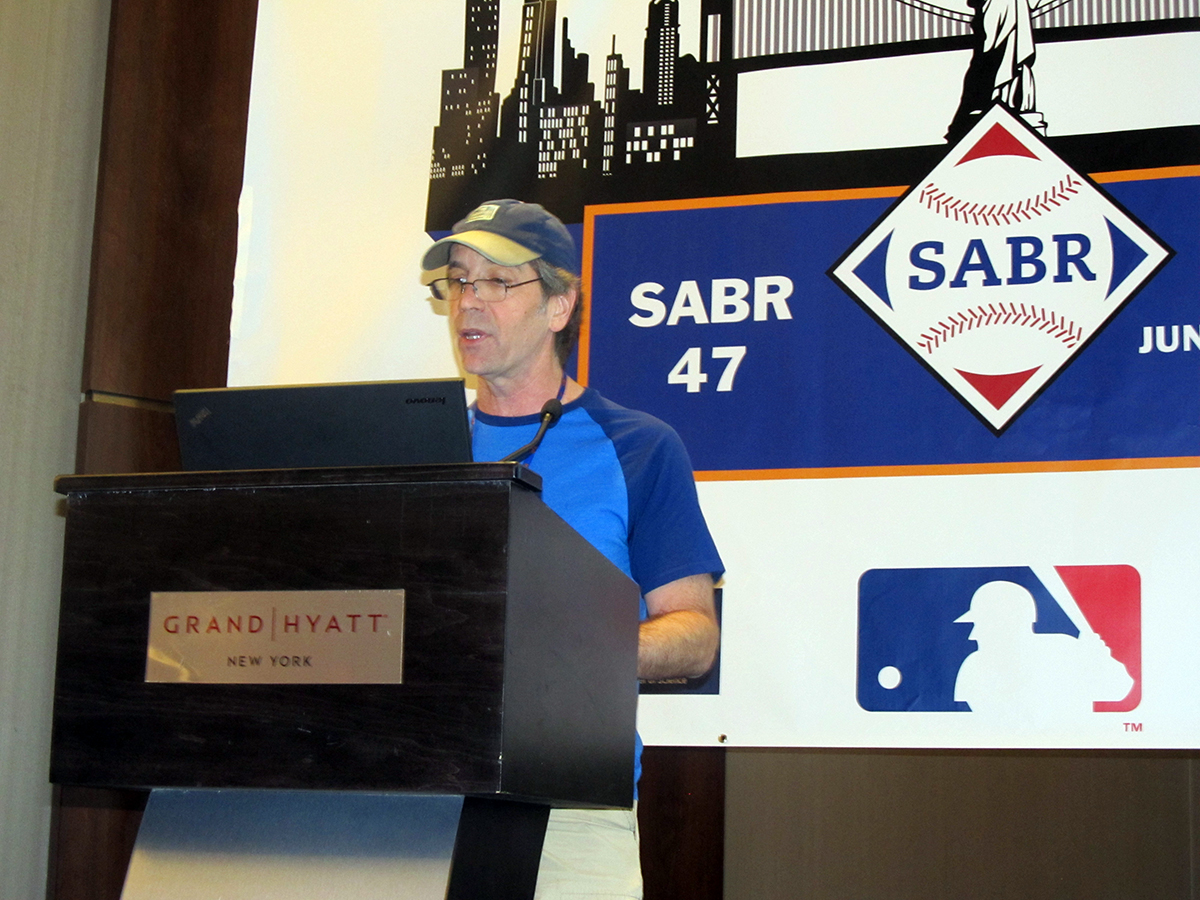 Hildebrandt, the chairman of SABR’s Baseball and the Media Committee, won the Pappas Award for his presentation, “Does Changing Leagues Affect Player Performance, and How?” which he delivered Thursday, June 29 during SABR 47 at the Grand Hyatt New York. The Chicago resident is a previous winner of the Pappas Award, in 2015 for “‘Little League Home Runs’ in MLB History.”

Hildebrandt’s abstract is posted below:

Major League Baseball has attempted to bring more uniformity between the National and American leagues in recent years, such as interleague play and the creation of a single set of umpires across both leagues. Chuck reviews the recent seasons of the new millennium, and studies whether going from one league to the other during the offseason currently has any effect on those batters’ and pitchers’ performances, and if so, to what degree.

Macaluso, a retired traffic engineer who has researched and collected catcher’s mitts for 30 years, won the SABR Convention Poster Presentation Award for his poster, “The Evolution of Baseball’s Catcher’s Mitt, 1888-2015.” His abstract is posted below:

As long as baseball has existed, there have been experiments and innovations in equipment. One of the principal places where these improvements have changed the game is in catchers’ equipment. Macaluso is particularly interested in the catcher’s mitt and how its development influenced what it takes to be a good catcher (and vice versa). This presentation gives us a look at what he has found in his 20-year quest. His research has taken him to the HOF library, but also to the US Patent Office, to century-old glove catalogues, to yard sales and online auctions, to talks with former MLB backstops, and even to the factory floor of a company that makes mitts.

The SABR Convention Poster Presentation Award was previously known as the USA Today Sports Weekly Award; it was first presented in 1990 as the John W. Cox Award and includes a $125 cash prize with a matching donation to SABR.

In addition, special recognition was given to Tom Tippett for his presentation, “Another Look at the 2011 Boston Red Sox Season.”