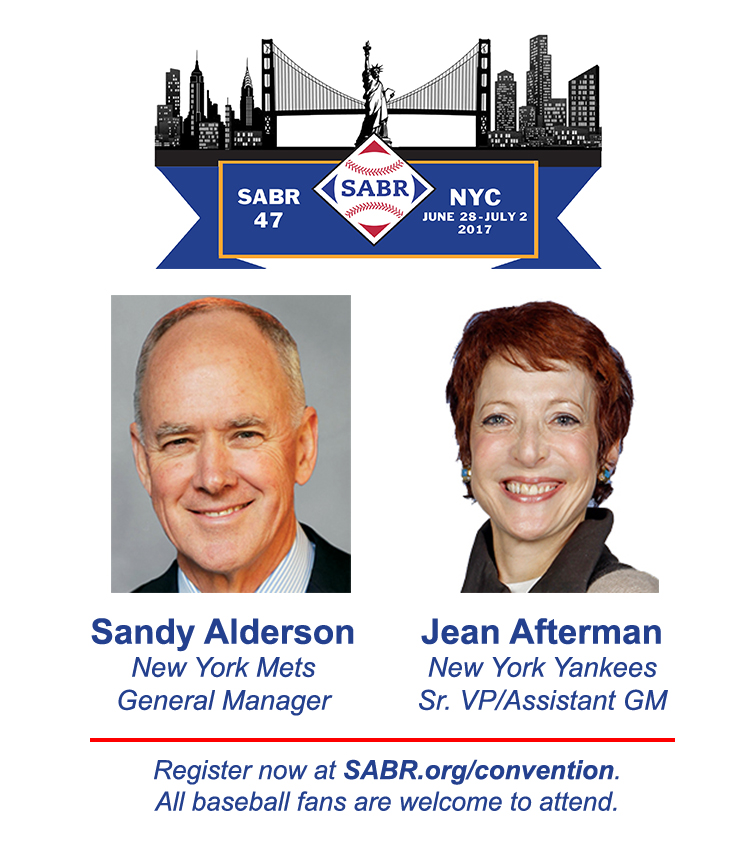 SABR 47 will be held June 28-July 2, 2017, at the Grand Hyatt New York. Discounted early registration rates are available until May 1 at SABR.org/convention. All baseball fans are welcome to attend.

Our guest speakers will include:

Alderson will be interviewed by Barry Bloom, MLB.com national columnist, as part of our “A Day at the Ballpark” pregame session on June 30 at Citi Field.

Click here to learn more about our featured speakers and panelists.