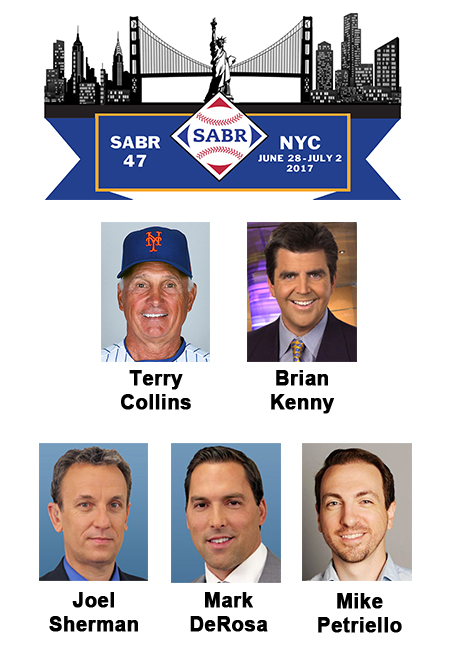 New York Mets manager Terry Collins will participate in the SABR 47 “A Day at the Ballpark” session on Friday, June 30 at Citi Field, where he will be interviewed by MLB.com national columnist Barry M. Bloom.

The MLB Now: The Changing State of Sabermetrics Panel, scheduled for 3:00-4:00 p.m. on Thursday, June 29 at the Grand Hyatt, is expected to include: