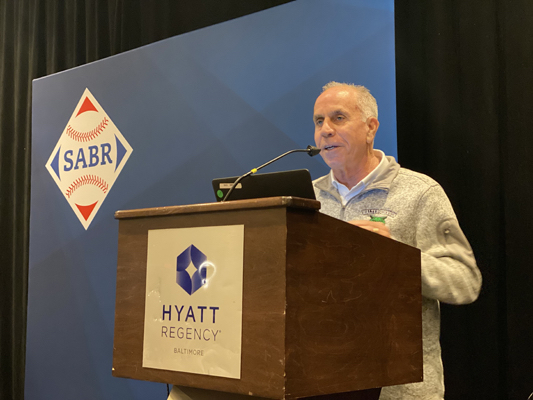 At SABR 50 in Baltimore, longtime SABR member Tim Kurkjian delivered the keynote address at the Awards Luncheon on August 18, 2022, at the Hyatt Regency Inner Harbor. Kurkjian was recently honored at the Baseball Hall of Fame in Cooperstown during Induction Weekend as the 2022 BBWAA Career Excellence Award Winner.

Kurkjian joined ESPN in 1998 as both a reporter for Baseball Tonight and a senior writer. He continues to provide insight and analysis through his writing as well as regular appearances on Baseball Tonight and SportsCenter. He also is a regular analyst in the booth for ESPN’s national television games and is a staple in ESPN’s Little League World Series coverage. He has authored three books, including most recently I’m Fascinated by Sacrifice Flies in 2016. He covered the Baltimore Orioles for the Baltimore Sun beginning in 1986 before moving on to Sports Illustrated from 1989 to 1997. He is a native of Bethesda, Maryland, and a graduate of the University of Maryland.

On receiving “the call” from the BBWAA

On visiting the Hall of Fame as the BBWAA award winner

On being a SABR member for more than 25 years 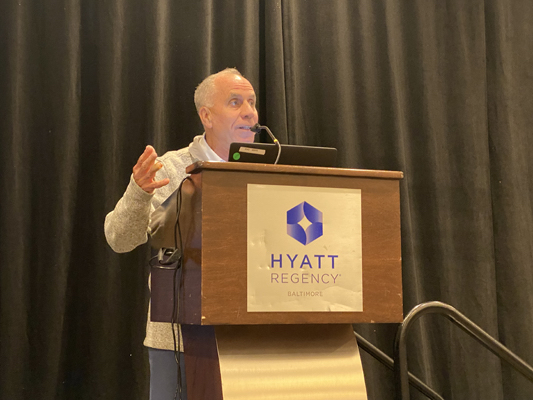