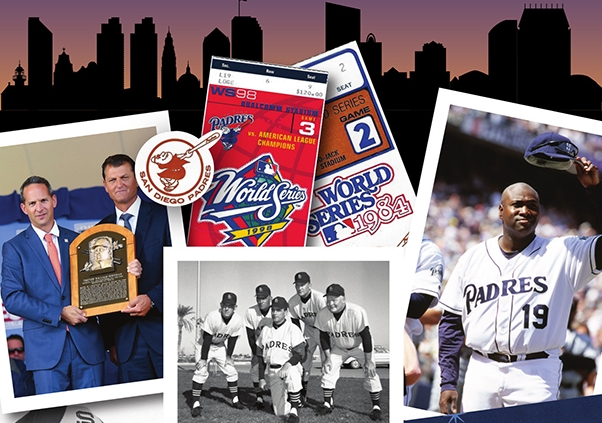 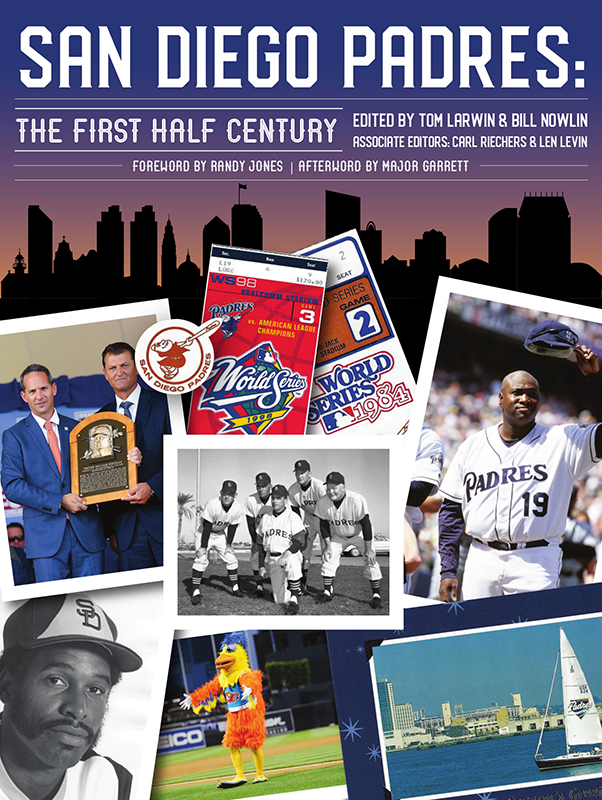 As we get set for SABR 49 this summer, take in some memorable moments from the Old Mission with our newest book from the SABR Digital Library:

San Diego Padres: The First Half Century is the collaborative work of 51 SABR members. It tells the stories of 25 Padres players—from Ashby to Winfield—several team executives and media members, the ballparks, and even a biography of The San Diego Chicken. There are more than 25 accounts of standout games in franchise history and a few other features as well.

“I’m proud to be in the Padres Hall of Fame and have my number, 35, retired but more proud of the friends I’ve made and people I’ve met with my association with the Padres. Reading these stories has certainly brought many of those memories and I can’t thank SABR enough for writing them.” — from the Foreword by Randy Jones