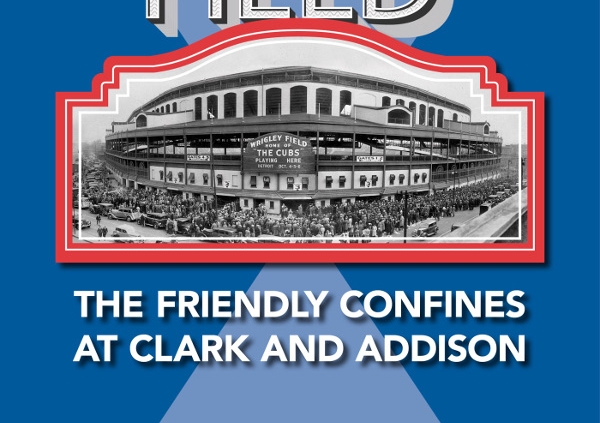 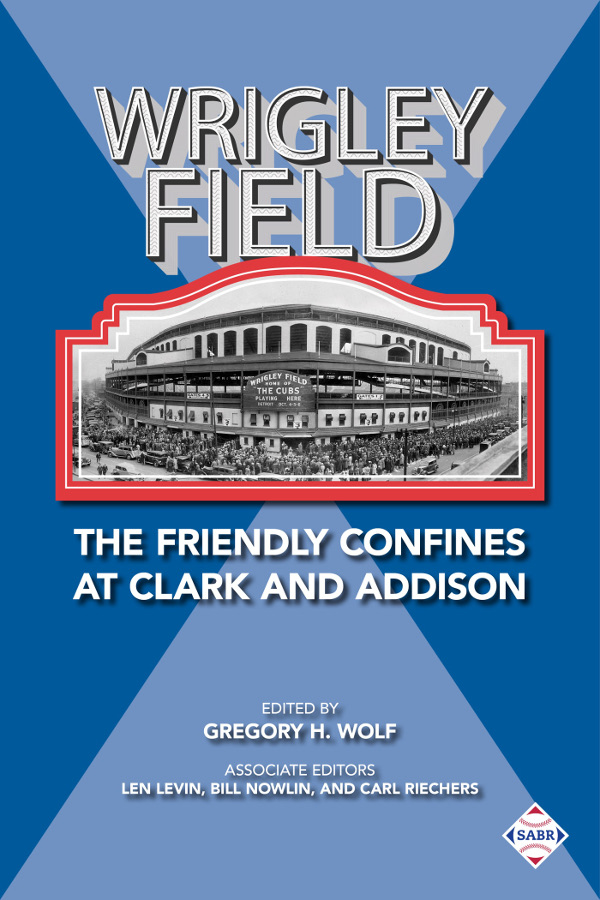 Take a stroll through Wrigleyville with a copy of our newest book from the SABR Digital Library:

Wrigley Field evokes a feeling of perpetual summer, youth, and dreams. Any mention of the ballpark at the intersection of Clark and Addison in Chicago conjures up images of the ivy on the outfield walls, the hand-operated scoreboard, Cubbie blue, and the park’s vibrant neighborhood. Wrigley transcends time and transports its guests to a green oasis in the midst of a bustling city. Built less than 50 years after the Civil War, it was inaugurated when Woodrow Wilson was President of the United States, and a century later it remains a testimony to the enduring power of our national pastime.

This book is an ode to that storied ballpark, evoking its history through detailed retellings of 100 games played there, including not only historic triumphs and defeats of the Chicago Cubs (and the Federal League Whales), but also Negro Leagues matchups, youth championships, and even games by the All-American Girls Professional Baseball League. Including the talents of over 50 members of SABR, the book also includes many historic photographs.