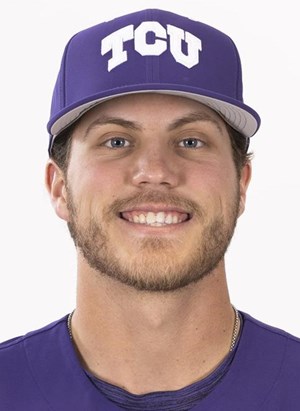 Sacco had a season to remember for the 2022 Big 12 Conference champion TCU Horned Frogs and Big 12 Coach of the Year Kirk Saarloos.

He was drafted by the Houston Astros in the 14th round of the 2022 MLB draft and was assigned to the Class A Fayetteville (N.C.) Woodpeckers of the Carolina League.

The Rams senior standout also started all 54 games, was 6-for-8 in the stolen base department and was a four-year letterman for Texas Wesleyan.

“The selection of this year’s Green and Beringer Award winners was particularly difficult as a number of area collegiate players had outstanding years, all of which is a true testament to the quality of college baseball played in the Metroplex at all levels,” said Banks-Bragan SABR Chapter President Paul Rogers.