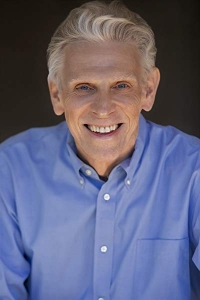 This week’s guest is Don Zminda, author of The Legendary Harry Caray: Baseball’s Greatest Salesman. He spent more than two decades working for STATS LLC, first as Director of Publications and more recently as the company’s Director of Research for sports broadcasts. He has co-authored or edited more than a dozen baseball books, including the annual STATS Baseball Scoreboard (1990–2000) and the SABR Digital Library publication Go-Go to Glory: The 1959 Chicago White Sox. A Chicago native, Don is a graduate of Northwestern University and lives in Los Angeles.

Click here or press play below to listen to Episode #45:

When you’re watching your favorite pitcher in your local ballpark, using data captured by your eyes, your brain has performed a pitch classification. MLB performs a similar task in real time for nearly 750,000 pitches each season using patented pitch classification neural network software that is customized for every pitcher in Major League Baseball. The automated classifications for each pitch are displayed on Gameday, At-Bat, and MLB.TV, as well as on local and national broadcasts, on the scoreboards and in-stadium displays in all 30 MLB venues, and on Baseball Savant.