The founding of the Society for American Baseball Research on August 10, 1971, at the National Baseball Hall of Fame in Cooperstown, New York, marked the beginning of a new era. For the first time, an organization would exist to foster the study of baseball as a significant American social and athletic institution; to establish an accurate account of baseball through the years; and, most important, to facilitate the dissemination of baseball research information around the country.

SABR was the brainchild of L. Robert “Bob” Davids, who on that Tuesday following the Hall of Fame induction ceremonies gathered 15 other baseball researchers in upstate New York to form the organization.

Oh, how our knowledge of baseball has evolved since then.

Without all the groundbreaking research by SABR members, we wouldn’t have comprehensive knowledge of every major league home run ever hit since 1876, we might have forgotten about all the players who toiled outside of the spotlight for years in the Negro Leagues and minor leagues, we might never have learned about all the long-dead stars from the 19th century who helped baseball become America’s National Pastime, and we wouldn’t have the ability to instantly look up the box score of any game from 1 or 21 or 71 years ago.

We also invite you to celebrate SABR’s four decades with us online at SABR.org:

On August 10, 2011, we celebrated our 40th anniversary with a commemorative ceremony at the Hall of Fame in Cooperstown. View a photo gallery of the ceremony here, along with a photo of the scoreboard message posted by the San Francisco Giants at AT&T Park honoring SABR.

On behalf of Major League Baseball, Commissioner Allan H. “Bud” Selig sent along a letter of congratulations honoring SABR on its 40th anniversary. Selig wrote, “Throughout its history, SABR’s discoveries have helped to bring baseball’s rich and unparalleled history to life, and its statistical findings continue to illuminate the evolution of the national pastime. … There are few institutions in existence that evoke the brand of passion that baseball does, and SABR’s more than 6,000 members are emblematic of the profound manner in which this American tradition resonates so deeply with fans all over the world.” Download a copy of the letter by clicking here. 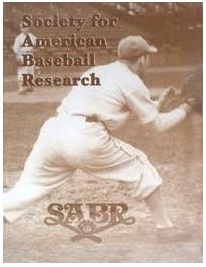 A History of SABR: Originally written by Dick Thompson in 2000 and updated for the 40th anniversary by Tom Hufford — a founding member of SABR — here is the story of the organization that has done more to advance our knowledge of the sport we love. Read how Bob Davids organized a group of like-minded baseball enthusiasts into the game’s pre-eminent research organization, learn how the Society’s regional chapters grew from a single meeting in Washington, D.C., to cross international borders; and find out what SABR is doing today to preserve invaluable baseball research resources. 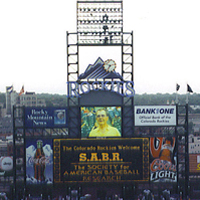 SABR convention history: A multimedia look at each of our national conventions since 1971. We consider the founding in Cooperstown to be SABR’s first annual meeting, but over the last four decades, the convention has grown into an exciting week-long event — including ballgames, stadium tours, research presentations and panel discussions with former players and other figures in the sport — that all baseball fans can enjoy. Listen to keynote speeches, watch video highlights, view photo galleries, read SABR members’ memories and check out the box scores from convention ballgames over the last 40 years. 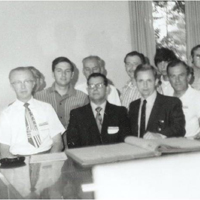 The Cooperstown 16: A profile of Bob Davids and the 15 other “statistorians” who gathered in Cooperstown to form the Society for American Baseball Research four decades ago. Includes recent interviews with SABR’s founding members, the letters sent out by Davids to a group of baseball researchers he called “statistorians” in the spring of 1971, the first SABR Bulletin, a list of the first 100 members, and Baseball Research Journal articles written by the founders. The objectives they agreed upon during that first meeting remain SABR’s mission today. 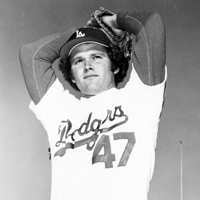 Top Baseball Storylines of the SABR Era: Here are the results of a survey among SABR members to determine the top 40 baseball storylines over the Society’s first 40 years, from 1971 to 2011. The Steroid Era? The introduction of free agency? The designated hitter? Wild-card realignment? Click here to find out. 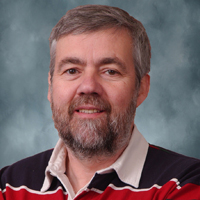 “He Does It By The Numbers”: This article on a little-known baseball writer from Lawrence, Kansas, appeared in Sports Illustrated on May 25, 1981 — and SABR was never the same. A year earlier, in the fourth edition of his his self-published Baseball Abstract, SABR member Bill James had coined the phrase “sabermetrics” (the first part in honor of the Society’s acronym) to describe the mathematical and statistical analysis of baseball records for which he would become famous. Within two years of the SI article’s publication, SABR’s membership had tripled. 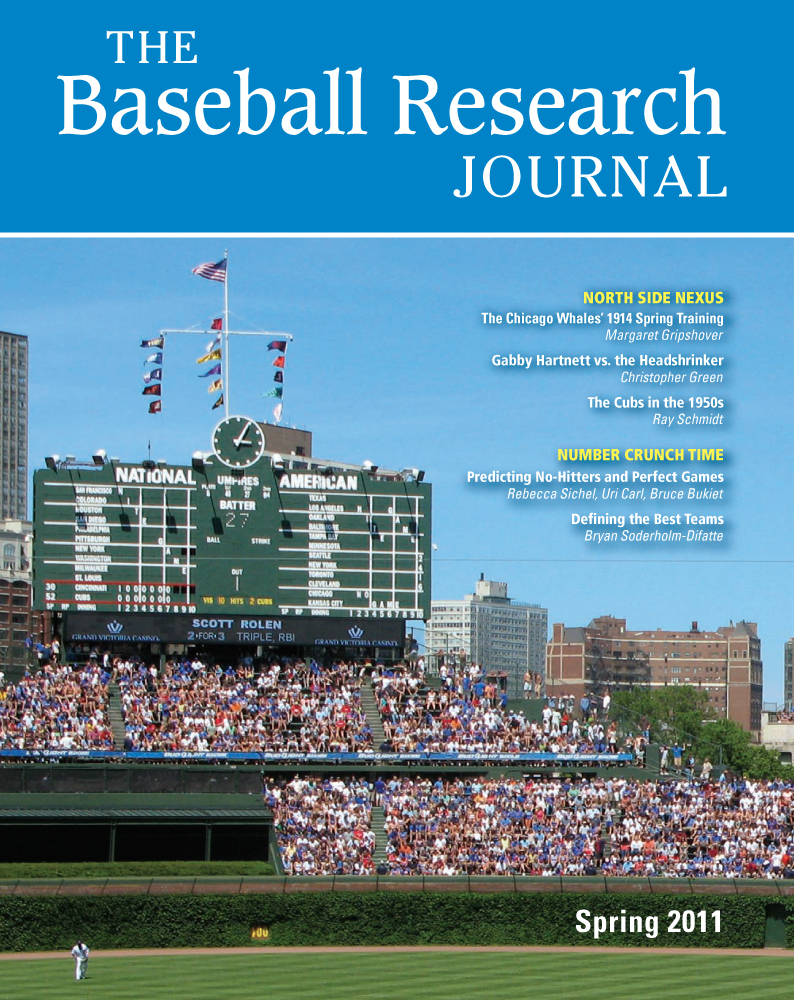 Baseball Research Journal archives: Read thousands of articles from SABR’s flagship publication. Established in 1972 and now into its fourth decade, BRJ was the first magazine dedicated solely to producing the latest baseball historical research and statistical analysis. The Fall 2011 edition of the BRJ will look back over the previous 40 years of baseball in the SABR Era.