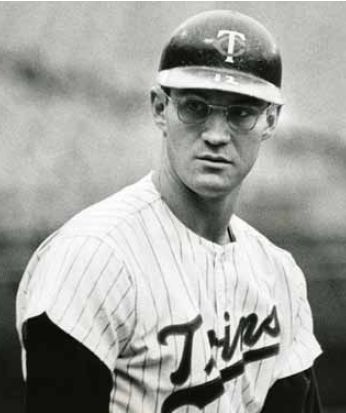 If Andy Kosco’s baseball career could be described in a song, it might be the old Hank Snow classic “I’ve Been Everywhere.” Australian country music artist Geoff Mack wrote the song; in the original version a man hitches a ride with a truck driver and proceeds to tell him that he has visited every town, hamlet, and billabong in Australia.1 Snow adapted the song by incorporating the names of North American locales, and it seems that Kosco, who wore the uniforms of 19 teams in the major and minor leagues during his professional career, played in every one of them.

Andrew John Kosco, IV was born on October 5, 1941, in Youngstown, Ohio.  He was the third of four children of Andrew Kosco, III and Minnie (Rotz) Kosco. Andrew III ran a newsstand with his brother while Minnie stayed at home to raise the children.

Kosco excelled at every sport as a youngster.  By the time he was a senior at Struthers High School, he was a strapping 6-feet-3 and 210 pounds, and excelled in football, basketball, and baseball.  He received 44 scholarship offers for football, including ones from powers such as Michigan State and Ohio State, and 27 offers for basketball.  “I think I was blessed with a lot of size,” said Kosco.  “I ran well and threw well.”2

Kosco was also blessed with a lot of baseball ability, which really manifested itself in his senior year, when he batted over .700 in 11 high-school games with eight home runs, and averaged 14 strikeouts a game as a pitcher. Those numbers attracted interest from all 16 major-league teams.

One scout who spent a lot of time tracking Kosco’s progress was Edwin “Cy” Williams of the Detroit Tigers.3 Williams began watching Kosco play baseball, football, and basketball around the Youngstown area when Andy was a high-school sophomore and followed him for the next couple of years. Eventually, Williams signed him right out of high school in June 1959 for what at that time was an enormous bonus of $62,500.

Of course, sometimes it’s not the money that’s the deciding factor in what sport you decide to play or whom you sign with. Kosco’s father influenced him to go with baseball because that was his favorite sport.  His mother’s respect for Williams also had a role in Kosco’s ending up with the Tigers.

“My mom took a real liking to the fellow,” said Kosco.  “He was a religious, dedicated fellow and my mom said that (Williams) was her favorite, so that’s the reason why I ended up signing with Detroit.”

As soon as he signed, Kosco began working out with the major-league club, but it was apparent that actually playing was better for Kosco’s development than just working out with the major leaguers, so they sent him to the Decatur (Illinois) Commodores of the Class D Midwest League.  Except for one 18-year-old who played in six games with the Commodores, Kosco, at 17, was at least two years younger than anyone else on the team.  The transition was not easy.

“It was the first time I had ever been away from home (other) than visiting some colleges,” he said.  “We had never been on a vacation or left town, really.”

Kosco also had to adapt to superior competition.  Even Class D pitchers threw better curveballs than high schoolers and they also threw them when they were behind in the count.  In addition, he had never seen a slider before he reached the pro level, and he also had to get used to the inside knockdown pitch. The result of making all those adjustments was a low batting average (.237), but Kosco did show some power, hitting nine home runs in 232 at-bats.

The Tigers were impressed enough with those numbers to move Kosco up two levels to Class B with the Durham Bulls of the Carolina League. He had impressive statistics there, with a .273 average and 22 home runs. The Tigers promoted him again, but he quickly showed he couldn’t hit A ball. Or Double-A or Triple-A for that matter.  In 1961 he hit nine home runs, in 1962 he hit six and in 1963 he hit zero.

Kosco began the 1964 season with the Duluth-Superior (Duluth, Minnesota/Superior, Wisconsin) Dukes, a Tigers affiliate in the Class A Northern League.  But the Tigers, convinced Kosco was regressing, cut him on June 3.

Being let go by the Tigers could be classified under the “blessing in disguise” category, because just as Kosco was getting ready to return home to Ohio, he got a call from Vern Morgan, manager of the Northern League’s Bismarck-Mandan (North Dakota) Pards, a Twins affiliate.  Morgan signed Kosco, and then spent hours working with him on his hitting, including having him stop switch-hitting and bat exclusively from the right side.  Suddenly the can’t-miss guy who was missing everything revived his power stroke.  He won the league’s Triple Crown, hitting .346 with 28 home runs and 97 RBIs and earned an invitation to the Twins’ spring training in 1965.

An invitation doesn’t mean you’ll make the team, and although Kosco had a good spring, and even went north with Minnesota, he had the misfortune of being an outfielder on a team that sported the likes of Tony Oliva, Jimmie Hall, and Bob Allison.  The Twins sent him back to Triple-A Denver, where he tore up the Pacific Coast League, batting .327 with 27 home runs and 116 RBIs in only 119 games.  He made it difficult for the Twins to keep him down on the farm.  They finally called him up in August 1965.

Kosco made his first appearance in a major-league game on August 13 at Cleveland. He grounded out pinch-hitting for pitcher Garry Roggenburk.  He got his first start, first hit and first home run the next day, going 1-for-4 and playing right field.

At that point in the 1965 season, the Twins held a comfortable eight-game lead over second-place Cleveland.  The winning continued as the Twins went on to capture the American League pennant.  Kosco got into 23 games and hit .236 with that one home run to his credit.  He did not play in the World Series even though he was with the team prior to the August 31 cutoff date. He was dropped when Commissioner Ford Frick allowed Minnesota to include pitcher Camilo Pascual, who was injured at the deadline, on its World Series roster.

“It was exciting being with the team through the excitement of winning,” said Kosco. “But I probably would have been better off getting more at-bats down (in the minors).”

Kosco was with the Twins again in 1966, but the team’s strong roster meant playing time was at a premium, and he got into only 57 games with two home runs and 13 RBIs. He spent most of the 1967 season back in Denver, where he hit a respectable .297 with 13 home runs and 67 RBIs in 108 games.  After that season, the Oakland A’s purchased his contract, and then allowed the New York Yankees to obtain him in the Rule 5 draft.

The 1968 Yankees weren’t the Bronx Bombers of old, as they finished fifth with an 83-79 record (the Twins finished seventh with a 79-83 mark). The Yankees gave Kosco playing time and he responded with a .240 average, 16 home runs, and 59 RBIs in 131 games, all the while loving every minute he wore the pinstripes.

“You cannot imagine the thrill it is to put on a Yankee uniform and play in Yankee Stadium,” he said.  “And you have to be around [Mickey] Mantle every day to appreciate what he is — the most courageous man I have ever seen.”4

The thrill was short-lived.  The Yankees traded Kosco to the Los Angeles Dodgers for pitcher Mike Kekich after the season, but they claimed they did it for his sake. The old Yankee Stadium had a vast outfield (it was 463 feet to straightaway center and 457 feet to left-center), and Yankees manager Ralph Houk felt that the warning-track drives Kosco hit in New York would go over the fence in another home park.

“At one time [Yankees broadcaster] Jerry Coleman told me that I had hit 24 balls on the warning track in left center by the All-Star break,” said Kosco. “Ralph called me during the winter and said we have a chance, for your sake, of trading you to the Dodgers, which would [have] a more conducive ball park for you.”

Houk was right, at least for 1969.  Kosco played in 109 games in the Dodgers outfield (74 in right and 40 in left) and batted .248 with 19 home runs and 74 RBIs.5  In 1970, however, he lost his outfield spot to Willie Crawford, got into only 74 games and batted .228 with 8 home runs and 27 RBIs.  The Dodgers began a youth movement after that season, bringing up some of the talent they were nurturing on the farm. Kosco became expendable, and was traded to the Milwaukee Brewers for pitcher Al Downing.

After playing 98 games for Milwaukee in 1971, Kosco went on to the California Angels and Boston Red Sox in 1972, then spent two seasons with the Cincinnati Reds.  From 1971 to 1974, he played in 244 games and batted .237 with 28 home runs and 84 RBIs.  His stint with the Reds gave him his only taste of postseason experience when they appeared in the 1973 National League Championship Series against the New York Mets, a best-of-five affair, which the Mets won, three games to two.  Kosco got three singles in ten at-bats.

He also spent some time in the minors during that period, and finished his career in 1975 by playing 48 games with the Toledo Mud Hens, the Philadelphia Phillies’ Triple-A affiliate in the International League.  He batted .235 in his final year of professional ball with six home runs and 22 RBIs.  He broke his wrist that year, and that injury, along with the death of his father, caused him to lose interest in baseball and motivated him to move on.

Having played for seven major-league teams, Kosco became very proficient at adapting to new surroundings. “I think you make an adjustment,” he said.  “[With fewer teams at that time] you got to know a lot of the players on the opposition, so you would kind of fit in a little bit easier.  As long as you’re playing in the major leagues, to me at that time it was immaterial who I played with or for.”

After his playing career ended, Kosco combined working with education. By showing the same persistence in the classroom that he did on the field, he got a bachelor’s degree at Youngstown State University after 15 years as a part-time student.  He also worked in admissions at his alma mater.

In the 1980s Kosco got into the insurance business with former major leaguer Nick Goulish, who played with the Phillies in 1944-1945.  Goulish was suffering from ALS and died in 1984, but the company remained the Goulish-Kosco Insurance Agency.  As of 2014 Kosco ran the agency with his sons Bryn and Dru, both of whom reached the Triple-A level in the minors.6

Kosco’s  wife, Cathy, was his high-school sweetheart. They married in 1962. Besides Bryn and Dru, they had three daughters. When not working, Kosco took part in charity golf tournaments around the United States with former teammates.  All in all, he sadi, he has had a very rewarding life. “I was blessed to play as long as I did and have such a wonderful family and that’s what it’s all about.”

Special thanks to Andy Kosco for generously donating his time and agreeing to an interview.

2 Unless otherwise noted, all quotes are from a telephone interview conducted by the author on April 10, 2014 .

3 During his career Williams signed 45 players who made it to the major leagues.

5 The numbers for the games Kosco played in each position do not add up to 109 because he sometimes played both positions in the same game.

6 Dru Kosco played three games for the Calgary Cannons, the Seattle Mariners’ affiliate in the Pacific Coast League, in 1989. Bryn Kosco played for the Iowa Cubs of the American Association in 1995-1996.