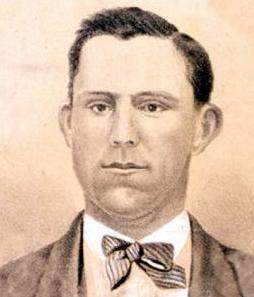 For a few years as a young man he was the most noted second baseman in all of baseball. But a combination of factors prevented Charlie Sweasy from fulfilling the promise of his youth. He played his final major-league game at the age of 30 and is all but forgotten today.

Charles James Sweasy1 was born in Newark, New Jersey, on November 2, 1847, youngest of the six children of Margaret Rachel Meeker and John Sweasy, a brick mason. During his boyhood he was part of a group of Newark boys who became very skilled players.2 As teenagers Charlie and his friend Andy Leonard were good enough to be paid under the table as professionals.3 In 1866 18-year-old Charlie and his friend Andy joined the strong Irvington club in a Newark suburb. A second baseman, young Charlie became known for his exceptional fielding. Playing without a glove and on sometimes rough infields, he made occasional errors on groundballs, but he excelled in catching balls hit into the air.

According to his obituary in the New York Times, in 1868 Sweasy joined “the noted Lancaster Red Stockings, managed by the late Harry Wright.”4 This is inaccurate. The Lancaster Red Stockings did not exist in 1868; they were organized in 1884. Harry Wright never managed a team in Lancaster. What actually happened is that Sweasy and Leonard traveled to Ohio and joined Cincinnati’s strongest amateur club, the Buckeyes. What induced the young men to go west is not known, but if they received under-the-table pay, it would have been the height of hypocrisy. In 1869 the Buckeyes blasted the Red Stockings for going all-professional and said “You may be assured the Buckeyes will not be troubled with ‘revolvers’ who carry their pockets filled with offers from other clubs.”5 More likely, supporters of the Buckeyes found employment for Sweasy and Leonard in jobs that allowed them time to play baseball on the side. Such a practice was common among amateur clubs at the time. It has been reported that both Sweasy and Leonard were employed as hatters before joining the Red Stockings.6 It could be that both young men were recruited to play for the Buckeyes and were provided jobs by the same employer.

We may not know why Sweasy and Leonard joined the Buckeyes. But we know for certain the reason they left. It was money. In 1869 Harry Wright, manager of the Cincinnati Red Stockings, lured Sweasy and Leonard away from his crosstown rivals by offering a salary of $800 for the season’s play.7 The Buckeyes’ best player, Charlie Gould, had already agreed to accept the same salary to switch to the Red Stockings.8

As the Cincinnati Red Stockings swept through their undefeated 1869 season, Charlie Sweasy was clearly one of the stars. Although he is remembered today as an outstanding fielder, he had some notable exploits as a hitter and baserunner. In 1869 Sweasy clouted 30 home runs, second on the club to George Wright’s 49. Some of his homers came in bunches; some were game-winning blows. For example, in a game against the Forest City Baseball Club on July 24, 1869, the Red Stockings were facing defeat for the first time, trailing 14-12, in the last of the ninth. Cincinnati tied it up, and Sweasy knocked in the winning run in a 15-14 victory to keep the streak alive. In an incredible performance in San Francisco on October 1, Sweasy hit for the cycle in one inning – two singles, a double, a triple, and a home run in five appearances in the fourth inning of a game against the Atlantic Base Ball Club. Even more amazing were his baserunning exploits against the Baltic Base Ball Club in Wheeling, West Virginia, in a game that was rained out in the fourth inning. In four innings Sweasy stole six bases, including three steals of home.

Competition was a little tougher in 1870, but Sweasy still hit 18 home runs to lead the club in that department. However, he fell out of favor with Harry Wright for some unacceptable (to the strict manager) behavior. Dissension was developing on the club with two cliques emerging. Harry and George Wright, McVey, and Gould on one side; Sweasy, Leonard, Asa Brainard, Fred Waterman, and Doug Allison on the other. The latter group thought that manager Wright was too strict and had no business censuring their off-the-field activities; the first group objected to rowdy behavior and heavy drinking by some of their teammates.

The problem came to a head on August 26, after a game in which Sweasy had been the hero. Trailing the Riverside Base Ball Club, 27-23, in the ninth inning, the Red Stockings mounted an improbable comeback. With two outs and the bases loaded the Cincinnati club had cut the lead to 27-25. Sweasy hit a grand slam to win the game, 29-27. On board a steamship for a trip back to the Queen City, Charlie Sweasy, probably inebriated, got into a fight with a couple of unnamed teammates. The players got so unruly that the captain threatened to run the boat ashore and throw the troublemakers off. When they got back to Cincinnati, Sweasy was expelled from the club for his disgraceful conduct. The club president announced that the club would be purged of all intemperate, insubordinate, and disorderly members.9

Sweasy was soon reinstated, but his behavior was neither forgiven nor forgotten. There were too many other examples of unacceptable conduct. Meanwhile, the Red Stockings were in financial difficulties. The executive board decided they could not afford to pay the salaries of professional players. In November 1870 the officers decided to return to an amateur status. When baseball’s first openly all-professional team disbanded, Harry Wright was employed as the manager of the Boston Red Stockings in the new National Association of Professional Base Ball Players. Wright soon induced his brother George and former teammates Cal McVey and Charlie Gould to join him in Beantown. Boston’s ownership expressed interest in obtaining Sweasy and other Red Stockings, but Wright demurred. He wanted no drinkers, growlers, or shirkers on his team.

Other clubs were willing to take a chance on Sweasy and some of his fellow drinkers. The Washington Olympics signed him for 1871, but he lasted but one season in the nation’s capital before jumping to the Cleveland Forest Citys in 1872. After one year on Lake Erie Sweasy signed with Boston for 1873. However, he played only one game for Harry Wright’s squad before he had another falling-out with his once and present manager. Wright released Sweasy and allowed him to join the Brooklyn Atlantics with a warning to his new employers: “When you draw up his contract you cannot make it too strict. He will do well if kept well in hand and looked after sharply. … I have talked to Sweasy very plainly and should he fail this season, it would be his last.”10

There are several possible explanations for Sweasy’s decline in productivity. In 1874 he began suffering from rheumatism, which plagued him the rest of his career. Excessive drinking may have also contributed to his declining skills. The much higher level of competition in the professional leagues was also a factor. But the main cause of his diminished productivity was undoubtedly the change in baseball rules. Early rules heavily favored the striker (batter) over the pitcher. The old rules required the ball to be pitched with the arm straight and not jerked or thrown to the bat. The striker could tell the pitcher exactly where he wanted the ball placed, high or low, inside or outside, across the letters, or however the striker wanted it. Strikes were called only after the batter had been warned for not offering at well-placed pitches. Three balls entitled the striker to a base. Balls hit into fair territory but rolling foul before reaching first or third base were considered fair balls. This led to the corner infielders positioning themselves at the bag or even in foul territory, making huge gaps in the infield.

In 1876 the new National League replaced the defunct National Association.

Cincinnati fielded a team, again known as the Red Stockings, in the new circuit. Sweasy’s former teammate Charlie Gould was named manager of the club. Sweasy returned to Cincinnati as the club’s regular second baseman. Although he performed reasonably well in 1876, his contract was not renewed. In 1877 he played a few games for the Rhode Island club in the New England League. In 1878 he returned to the majors as a member of the National League’s Providence Grays. He played his final major-league game for Providence on September 30, 1878, at the age of 30.

In 1879 Sweasy played for the Manchester club in the National Association (now a minor league.) After that stint, he was out of professional baseball for a few years. In 1881 he was employed as a jeweler and played for a strong semipro team in Attleboro, Massachusetts, “The Jewelry Capital of the World.” Rheumatism soon caused Sweasy to give up the sport temporarily. He tried a comeback with his hometown Newark Domestics of the Eastern League in 1884, but appeared in only two games in his final season in Organized Baseball.

In reminiscing about the 1869 Red Stockings, Harry Wright told The Sporting News in an 1886 conversation, “That team was rather easy to handle, although Sweasy and Leonard would occasionally kick over the traces, and Doug Allison had to be treated very gingerly at times. … All the members of the club are alive today. … Sweasy is, I think, working at his trade in New York, he is a hatter.”11

Whether Sweasy actually resumed his work as a hatter is doubtful. Other sources say that after retiring from professional baseball, Sweasy returned to Newark. He played some ball with local teams, but it is said that his body was worn out and sobriety continued to be an issue.12 For many years he made a living selling oysters. One report is that in his declining years Sweasy “regaled the denizens of various watering holes with tales of his glory days with the Red Stockings.”13The 1900 census listed his occupation as watchman at the town hall in Irvington, New Jersey.

In 1876 Sweasy married Ellen14 Robertson of Boston, the 26-year-old daughter of Jane and William Robertson, a carpenter. (Both of the Robertsons were born in Nova Scotia and came to the United States in the early 1800s.) Charlie and Ellen had four children, only two of whom survived to adulthood. Their first child, a daughter named Effie, was born in 1876 and was still living in 1930. A son named Charles, was born in 1877 and died in Providence on August 11, 1878. A daughter, Fanny, was born August 11, 1881, in Attleboro. She died on June 20, 1882. The second son, Howard Tipper Sweasy, was born on June 26, 1879, in Providence and died in Quincy, Massachusetts in 1927. By 1900 Charlie and Ellen had separated, but they never divorced.

Charlie Sweasy died of consumption in a Newark hospital on March 30, 1908. His obituary mentions no survivors, although Ellen, Effie, and Howard were all still living. Baseball historians honor Charlie Sweasy as one of the game’s pioneers, a fine-fielding, power-hitting, base-stealing member of baseball’s first openly all-professional club. His reputation is somewhat tarnished by the belief that he had “a rather ornery disposition at times, an irascibility brought on by frequent imbibition.”15 Be that as it may, he was an outstanding contributor to the growth of our nation’s pastime.

The author wishes to express his appreciation to Sharon Meeker for the information about Sweasy’s wife and children, which she provided in a series of email communications in March 2015.

In addition to those cited in the notes, the following sources were useful:

1 In early records the surname is sometimes spelled as Swasey, Sweasey, and other variants. The name was transcribed Smeasu by ancestry.com in its report on the 1900 census.

14 Her name was sometimes spelled as Ellen, sometimes as Helen. Her middle name may have been McGregor.