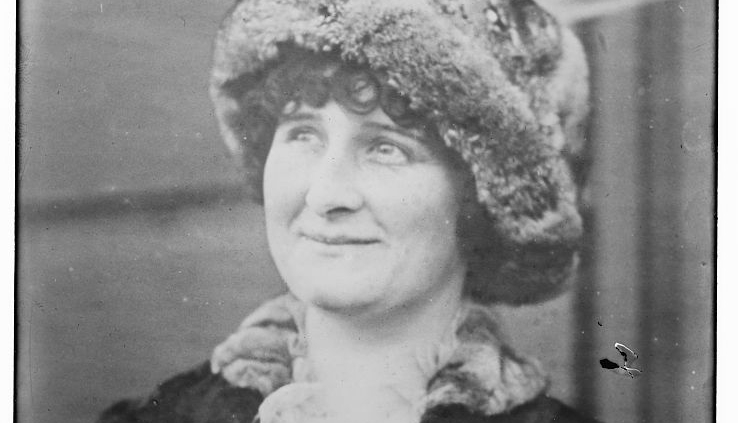 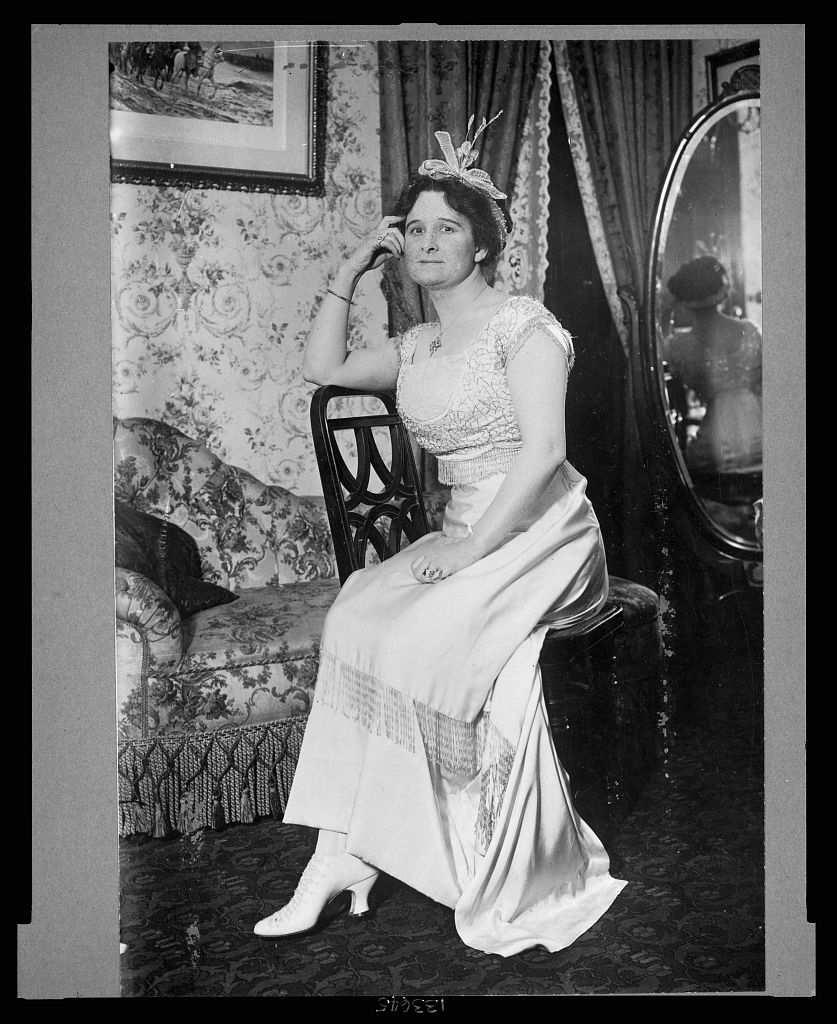 In March 1911, with woman suffrage a popular topic in the newspapers, a major league baseball club owner’s death caused a stir in the worlds of sports and society. The will left by Stanley Robison revealed that he had bequeathed controlling interest in the St. Louis Cardinals to his niece, Helene Robison Britton. The remaining shares went to Helene’s mother, the widow of former club co-owner Frank DeHaas Robison, Stanley’s brother. Early reports dismissed the notion that a woman-or women-would maintain ownership, least of all control, of a baseball franchise. But Helene, a young wife and mother of two small children, surprised the male-dominated world of baseball by not only refusing to sell her acquisition but taking an active role in its operation for the next six years, becoming the first woman in history to own a major league baseball club.

Born on January 30, 1879, Helene Hathaway Robison spent her youth at her family home, a mansion on a bluff overlooking Lake Erie in Cleveland’s distinctive Bratenahl suburb. Her father and uncle owned a Cleveland streetcar business in addition to that city’s National League baseball team, the Spiders. Helene’s relatives encouraged her to become familiar with sports in general, teaching her to play billiards and other such games. Though refined and well educated, she adopted an especially keen interest in baseball through the family enterprise. Learning to keep score while attending Spiders games, Helene described that activity as a “better mental exercise than anything.” But in 1899 Stanley and Frank Robison purchased the NL’s St. Louis Brown Stockings and arranged the two rosters to favor St. Louis. As a result, the Spiders ended up with one of the poorest records in baseball history and became one of the four clubs the NL eliminated for the 1900 season, leaving Helene without her hometown team. She nonetheless maintained her interest in baseball, frequently accompanying her family on road trips of the St. Louis club, which had changed its colors from brown to red and adopted the enduring name of Cardinals.

In 1901 Helene married Schuyler Britton, a Cleveland attorney employed in a printing business, and was living with him, their two children, and her mother at her family home by the lake at the time of Stanley’s death in 1911. Reports indicate that Helene and her mother initially considered selling the Cardinals to Charles Weeghman of Chicago, but they quickly decided to keep and operate the club as its late owner had requested. Assuming her role as baseball magnate, or “magnette” as some called her, Helene endured with dignity a great deal of media gibing about a woman assuming the position of a major league baseball magnate-one newspaper cartoon jokingly suggested that the players’ uniforms might soon include bloomers. Some stories described Mrs. Britton as a militant suffragette, but interviews of the time portray her more as soft-spoken, intelligent, and strong-willed than militant. During her years in baseball she never criticized her female detractors when she overheard their spiteful remarks. In an interview held at the ballpark, she once told a female reporter that those same women could excel in other traditionally male-dominated fields if given the chance.

On assuming ownership of the Cardinals, Helene expressed admiration for manager Roger Bresnahan. When asked what she would rather have, a team of good hitters or a team of fair batsmen with a good corps of pitchers, she told a St. Louis Post-Dispatch reporter, “Certainly there will never be a pennant prospect for the Cardinals until they have both. And I am satisfied that Mr. Bresnahan intends to get them for me.” When the Cardinals moved up to fifth place during her first year as owner, Helene rewarded Bresnahan with a new five-year contract worth $10,000 a year and 10 percent of the club’s profit. But the team didn’t fare as well the next season, and the resolute “magnatess” met head on with the pugnacious manager. One report states that Bresnahan went into a tirade at the Britton home while defending himself against accusations of throwing games. He also persisted in offers to buy the franchise after she refused to sell. Arguments kept erupting between the two, and at the end of the 1912 season she finally fired him after he angrily told her that “no woman can tell me how to run a ball game!” 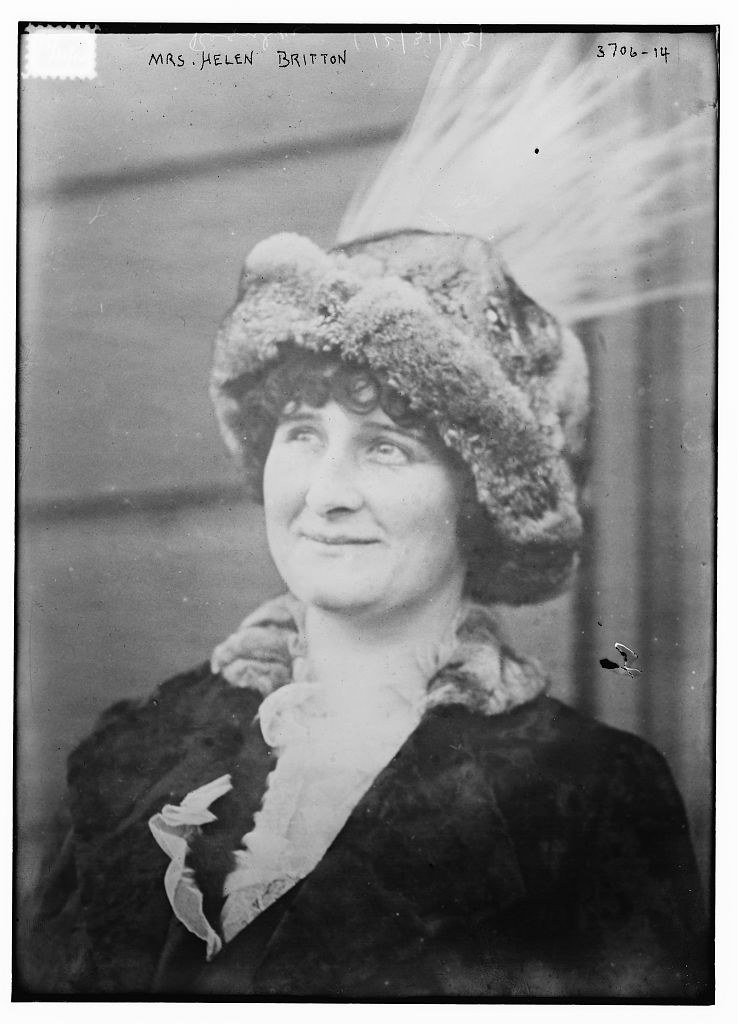 Though her Robison predecessors maintained a Cleveland address even after their purchase of the Cardinals, Helene wanted to be closer to her operation. In 1913 she moved with Schuyler and their children to a mansion on Lindell Boulevard in St. Louis. That year, with Helene’s influence, the bespectacled, cigar-smoking Schuyler was elected president of the Cardinals-much to the relief of the NL’s other owners (for two years Helene had insisted on attending and participating in their previously men-only meetings herself). But Schuyler was a figurehead; time revealed that it was Helene, who some fans referred to as the club “mascot,” who actually controlled the operation. It was her decision to lure women to games by introducing a Ladies Day, when all “fanettes” accompanied by male escorts were admitted to the grandstand free. She also hired a crooner to perform between innings. In an era when following baseball and attending games unescorted were considered unladylike, Helene abated society’s misgivings while encouraging her own gender to develop an interest in the sport.

Mrs. Britton staunchly maintained her ownership despite facing a number of difficulties. A lack of funds to renovate the Cardinals’ deteriorating ballpark (originally called New Sportsman’s Park, then Robison Field), the club’s fall to last place in 1913, and the birth of the Federal League in 1914 failed to dampen her resolve. The St. Louis Federal League team, the Terriers, snatched some of her club’s talent. Additionally, she contended with competition from the American League’s Browns, who played a couple blocks away at old Sportsman’s Park. Despite those obstacles the Cardinals rose to third place in 1914, the highest position attained by the club since its purchase by the brothers Robison.

In January 1916, at a peace conference over the disposal of the failed Federal League, Helene held her ground when the NL attempted to force a sale of her club. The Cardinals were falling behind in the standings, were short of money, and Robison Field was sorely in need of repair. Reportedly Helene had already named a price when the other club owners demanded that she sell for the “good of the game.” At that point she called in her selling option and returned home still in possession of the club and its park. The caption over her photo in a newspaper article about the incident reads “Never Tell Her She Must,” suggesting that her gender accounted for her refusal to sell.

Compounding the problems concerning her ball club, Helene also dealt with domestic problems barely mentioned in the news. She separated from Schuyler several times in 1916, the year she also replaced him as club president. Filing for divorce early the next year, she alleged that he was an alcoholic and claimed that not only did he mentally abuse her, but that he also “frequently struck” her. Her original divorce petition of February 8, 1917, states that he absented himself from her for long periods of time, refused to provide support for her and the children, and incurred large bills on his own personal account and compelled her to pay them, squandering her means to such an extent as to imperil her fortune.

Finally in 1918 Mrs. Britton sold the Cardinals and their ballpark for $350,000 to a local investment group headed by Sam Breadon, who went on to become club president. The Robison brothers’ original investment of $40,000 had netted a handsome profit for their descendant, but years later Helene said that she loved baseball and regretted her decision to sell. About her own success she said, “All I ever needed was the opportunity. That’s all any woman needs.” Helene re-married to Charles S. Bigsby, an electrical appliance dealer from Boston who eventually predeceased her by 15 years. She died at age 70 on January 8, 1950, in Philadelphia, where she lived with her daughter, Marie R. Britton. Her son, Frank DeHaas Britton, also lived nearby, as did her four grandchildren.

An earlier version of this biography appeared in SABR’s Deadball Stars of the National League (Brassey’s Inc., 2004), edited by Tom Simon.