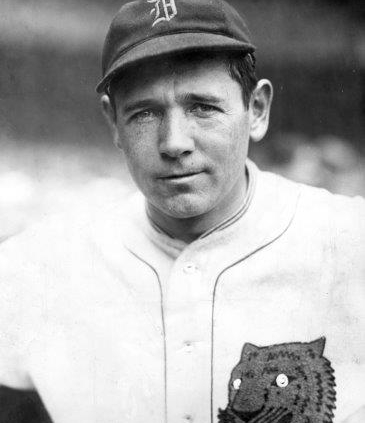 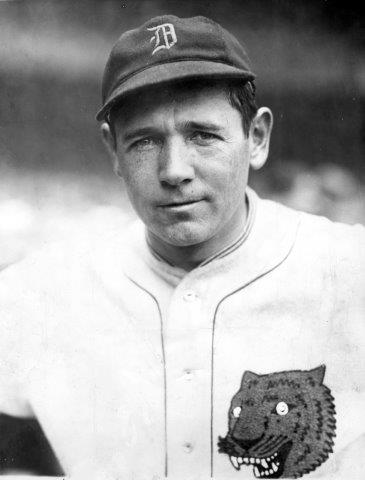 Following the highs of a 1917 world championship and a 1919 American League pennant, the latter mitigated by a disappointing (to most) World Series loss to the Cincinnati Reds, the Chicago White Sox had played the 1920 season under the pall of allegations — as well as a grand-jury investigation in September — of game fixing perpetrated by several of their players during the previous year’s Series.

Despite this, they cruised to a 96-58 record — a .623 winning percentage that was nearly the equal of the 1919 pennant winners’ .629 clip — and missed returning to the Series by a mere two games. The club seemed well-positioned to contend for another flag in ’21.

But despite the players’ acquittal in a court of law, Commissioner Kenesaw Mountain Landis nevertheless permanently banned the eight alleged conspirators — consisting of seven starters and their number-one bench player — from participating in Organized Baseball.

The loss of the banished players removed almost 27 Wins Above Replacement1 from the 1921 Chicago roster2 — which would put a severe crimp in any team’s chances to return to glory, even one not daunted by the ascendance of an impending juggernaut awakening in the Bronx borough of New York City.

The Detroit Tigers, on the other hand, had no real pretensions to being a contender in 1921. A pretty fair team themselves in 1919, finishing 80-60 and just eight games off the pace, they had utterly collapsed in 1920, limping across the finish line in seventh place with an execrable 61-93 mark. Their response was to allow longtime skipper Hughie Jennings to resign “by mutual consent”3 and save themselves a salary by knighting Ty Cobb as the team’s manager.4

The season lid-lifter at Detroit’s Navin Field had been scheduled for April 13, but rain postponed the game to the following day. Cobb tapped veteran southpaw Dutch Leonard to launch the Bengals’ campaign. Leonard was in his third season with the club after having been purchased for $12,000 during the 1919 season from the Yankees, for whom he’d never thrown a single pitch because of a salary dispute with autocratic owner Jacob Ruppert. The single-season earned-run average record-holder (0.96 in 1914), Leonard was looking to improve upon his poor 10-17 showing of 1920.

The Sox countered with Dickey Kerr, who had famously recorded Chicago’s first two wins of the tainted World Series in his rookie season a couple of years before. Kerr had a spectacular sophomore season in 1920 as one of four 20-game winners the White Sox ran out to the mound that season. Fresh off his success and mindful of his employers’ dire circumstances after eight men were put out, Kerr staged a holdout that resulted in more suitable if begrudged remuneration for the 1921 season. Now regarded as the team’s ace, fronting a squad “full of rookies and castoffs,” Kerr would kick off the season.5

Fighting a constant drizzle that eventually turned into a steady rain lasting all game,6 Leonard started the festivities in the first inning by mowing down the top of the White Sox order on two groundouts and a popout. After yielding a leadoff walk to Ralph Young in the bottom of the first, Kerr fielded a Donie Bush sacrifice bunt and threw him out at first, Young advancing to second. Cobb then flied out to left fielder Bibb Falk, who doubled Young off second to end the threat.

Leonard also set down the heart of the White Sox order one-two-three on three groundouts in the second inning while Kerr essentially did the same to the Tigers, albeit allowing a one-out double to Harry Heilmann in the process.

Leonard’s luck started running out against the bottom of the Chicago order in the third. He coughed up his first run on Eddie Mulligan’s leadoff single, Ray Schalk’s follow-up double, and a surprising RBI single by Kerr, Schalk advancing to third. Harry Hooper’s lineout to second baseman Young, who leaped high to snag the drive,7 held Schalk at the hot corner, but Ernie Johnson squeezed Schalk home with a sac bunt that went pitcher to first. Eddie Collins flied to left to end the inning with the Sox up 2-0.

The Tigers failed to reciprocate in their half of the third. Although they placed two runners on with two outs when Young reached on an error and Bush singled, Cobb stranded the runners by striking out looking. The fourth inning passed uneventfully as both sides went out on three batters in their respective halves.

The South Siders kicked up their heels again in the fifth inning when they loaded the bases with no outs (Mulligan and Schalk singles, Kerr HBP). Hooper was robbed on another great smash that was caught near the scoreboard in left-center field, but which did score Mulligan and send Schalk to third.8 Johnson blooped a Texas Leaguer to right field that Kerr misread and which got him forced out at second base, although Schalk scored to stake the White Sox to a four-run lead.9

The Tigers finally broke through in their half of the fifth. After two groundouts to start the inning, Ira Flagstead, pinch-hitting for an ineffective Leonard (who’d yielded five hits and four tallies in his five innings), singled to left. Young walked and Bush singled to center to score Flagstead and break the seal for the hometown team.

Now facing relief pitcher Suds Sutherland, the White Sox came right back with a run in the top of the sixth inning when, with runners on first and third and two outs, third baseman Bob Jones muffed a Schalk popup, allowing Earl Sheely to score from third. The Tigers singled in the bottom of the sixth and the White Sox took a walk to lead off the seventh, but each team failed to score.

Luck ran out for Kerr and his team in the bottom of the seventh. With the Tigers down 5-1, Eddie Ainsmith reached on an error by Jones and Sutherland doubled him to third. Young singled to score Ainsmith and send Sutherland to third, from which he scored on a sacrifice fly by Bush. Cobb doubled to right, sending Young to third base. After Bobby Veach fouled out to first baseman Sheely, Kerr walked intentionally walked Heilmann to face Jones with two outs and the bases loaded.

As light-hitting left-handed-batting Jones was slated to face the southpaw Kerr, the Georgia Peach, perched on second base, decided to send up right-handed rookie Larry Woodall to pinch-hit. Cobb’s decision was rewarded as Woodall laced a single into right-center field to score both Young and Cobb and knot the contest at five. The game-tying hit chased Kerr; he was replaced by Bugs Bennett,10 who was promptly let off the hook as Sammy Hale, running for Woodall, was caught stealing to end the inning.

Sutherland teetered in the eighth inning, coughing up a one-out double by Johnny Mostil and a single by Falk, but got out of trouble as Mulligan fouled out to Clarence Huber, who had replaced Jones at third base, and Schalk grounded out to first unassisted.

Detroit went one-two-three in the eighth and the Sox did likewise in the top of the ninth, bringing the Tigers to the plate with the scored tied in the bottom of the frame. Bennett walked Young and Bush to lead off the inning. Cobb sacrificed the runners along and Bennett intentionally walked Veach to pack the bags with Tigers.

That brought up 26-year-old Heilmann, at that time merely a pretty good hitter with a little bit of pop. It wouldn’t take a bomb to win the game, though. A sacrifice fly, a groundball, a walk, a hit by pitch — any of these minimal events would score Young and ice the game for the Tigers. The tension of the moment was fierce: “Those present couldn’t be criticized if they felt … that [ensuring] a safe blow in that situation would justify them committing a felony.”11

Heilmann did his team one better, though: he crushed the ball over right fielder Hooper’s head, who “surveyed the ball and waived [sic] it away as though in disgust.”12 The statutory single easily plated Young and gave the reliever Sutherland and the Tigers a 6-5 Opening Day victory over the erstwhile Black Sox to open the 1921 season, sending 23,000 soggy fans home deliriously happy.13 In his maiden effort, Cobb was praised for his “managerial skill” and ability to “[do] the right thing in the right place.”14

Alas, the big win did not augur success for the Detroit Tigers that season. They finished a distant sixth in the league at 71-82, 27 games behind the first-ever-pennant-winning New York Yankees. As for the Chicago White Sox, their fall from grace in the court of public opinion was finally matched by the fall on the field as well: They landed in seventh place with a ghastly record of 62-92, the worst in their brief history, 36½ games out of first.

1 Wins Above Replacement” (also known as WAR) is a theoretical all-encompassing statistic comparing a player to a replacement-level big-league player, one who could be freely switched out for the best minor-league alternative who could provide the exact same level of performance, and measured in terms of wins contributed by the player to his team(s) during a given season or career above such a replacement-level player.

8 While Retrosheet reports Hooper’s sacrifice fly as going to left field, accounts in the Detroit Free Press, Chicago Tribune, and Detroit Times all attribute the catch to center fielder Cobb.

9 Irving Vaughan, “Tigers Trim Sox in Ninth on Hit by Heilman, 6-5,” Chicago Tribune, April 15, 1921, 15. Note that Harry Heilmann’s name was misspelled in the headline and throughout the news account.

10 Although the major baseball database sites refer to this pitcher primarily as Bugs Bennett, every major newspaper reporting on the game at the time, notably the Detroit Free Press, Chicago Tribune, and Detroit Times refer to him as Joe Morris. Indeed, Baseball-Reference indicates that Bennett was also known as Bugs Morris. Bugs Morris — B-R Bullpen, accessed February 12, 2021. https://www.baseball-reference.com/bullpen/BugsMorris.

15 .366/.438/.572, typically referred to as a slash line, is a shorthand reference to Heilmann’s batting average, on-base percentage, and slugging percentage across his final 11 seasons.

16 As described on the Major League Baseball website, “OPS+ takes a player’s on-base plus slugging percentage and normalizes the number across the entire league. It accounts for external factors like ballparks. It then adjusts so a score of 100 is league average, and 150 is 50 percent better than the league average. For example, Miguel Cabrera’s .895 OPS in 2014 was 50 percent better than the MLB average after being adjusted for league and park factors. As a result, his OPS+ was 150.” Accessed February 12, 2021. http://m.mlb.com/glossary/advanced-stats/on-base-plus-slugging-plus.