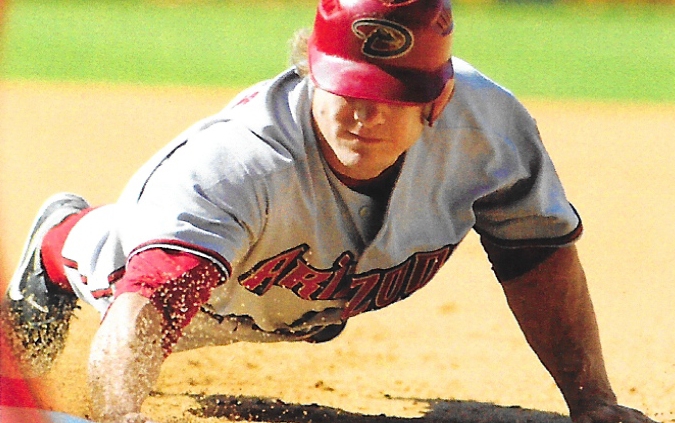 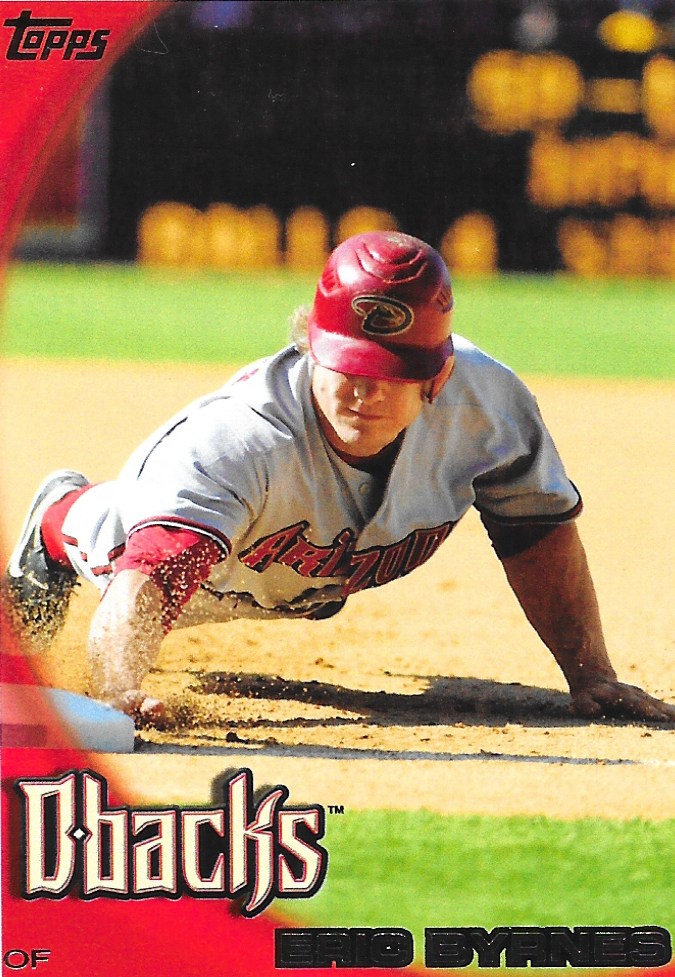 Coming into 2001, prognosticators predicted good years for the St. Louis Cardinals and Arizona Diamondbacks. The 2000 National League Central champion Cardinals were nearly everyone’s darling. The Sporting News projected them as the best team in the National League.1 New York Times baseball writers unanimously predicted they’d win the NL Central Division; two of the four picked them for the pennant.2 The Diamondbacks also had their backers, including the Associated Press, which predicted they’d win the West Division.3

Through the first two weeks, however, both were stuck in neutral. As they met for a mid-April Tuesday night game, the Diamondbacks were 5-8 and the Cardinals 6-7. They’d already met four times. St. Louis swept an offense-heavy three-game series in Arizona on April 6-8, outscoring the Diamondbacks 29-17, while Arizona had won the April 16 opener of a three-game set in St. Louis, 2-1, when pitcher Robert Ellis, a veteran of 10-plus minor-league seasons, recorded his first major-league victory.4

Part of the problem for both had been injury, notably St. Louis slugger Mark McGwire, who was having trouble recovering from knee surgery. He tried to rush his comeback but he was 2-for-21 to that point and the team ended up putting him on the DL on April 18, where he stayed until June. Besides McGwire, the Cardinals were also without Garrett Stephenson, their number-two starter in 2000, who had tendinitis in his left elbow; he eventually missed the season.5 Closer Dave Veres was also sidelined briefly because of numbness in his right hand.

For the Diamondbacks, the most significant loss was pitcher Todd Stottlemyre, who missed the season as he recovered from surgery.6 Beyond injury, the team was trying to figure out what to do with Steve Finley, a two-time All-Star stuck in a slump, going only 3-for-41 over the season’s first two weeks. Hoping rest might restart him, manager Bob Brenly gave him a day off for April 17.

All was not gloomy for the two squads, however. The Cardinals were ecstatic about rookie Albert Pujols, who made the roster after Bobby Bonilla began the year on the disabled list for tweaking a hamstring in spring training.7 In his first 13 games, Pujols had a 1.199 OPS and 12 RBIs. For the Diamondbacks, Luis Gonzalez had slugged nine home runs in his first 10 games.

As Arizona’s starter for April 17, Brenly tapped Armando Reynoso, who’d lost both his previous outings, allowing 12 runs and 19 hits in a combined 9⅓ innings. The first of those had come against the Cardinals, 12-9, on April 6, when Reynoso surrendered seven runs in 4⅓ innings, including Pujols’ first major-league homer.

For St. Louis, manager Tony La Russa started Dustin Hermanson, who was 1-0 in two starts with a 6.75 ERA, his victory coming in that April 6 game when he was only slightly better than Reynoso, allowing six runs in five innings.

The April 17 rematch turned out quite differently.

The day was cold: The forecast called for highs only of 47, with lows into the 30s.8 Despite that, the attendance was healthy, 28,517, the fourth largest on a day featuring 14 major-league games.

The Diamondbacks started their assault immediately as Tony Womack led off with a double. After Jay Bell grounded out, Gonzalez slugged his 10th home run of the season, giving Arizona a lead it would never relinquish. Their next two batters grounded out to close the inning and the Cardinals answered with a run in the bottom half. Reynoso hit leadoff batter Fernando Vina, who advanced to second on a groundball and scored on a single by Jim Edmonds, but the inning ended when Pujols grounded into a double play. That was as close as St. Louis got.

Arizona scored two more in the second: Reggie Sanders doubled leading off and moved to third on a groundout. Rod Barajas walked and went to second on Reynoso’s sacrifice before Hermanson got Womack to hit an “easy fly” to J.D. Drew in right, but Drew “muffed” it, his two-base error making the score 4-0.9 Arizona threatened to add more: Bell’s single moved Womack to third, but the inning ended when Womack was caught trying to steal home.

Arizona knocked Hermanson out in the third: He walked the first two, then allowed a two-run double to Mark Grace, followed by home run by Sanders, making the score 8-1. After a one-out single by Barajas, La Russa replaced Hermanson with rookie Chad Hutchinson, who’d made two appearances to then, totaling 2⅔ innings, during which he’d given up four earned runs on three hits and five walks. In his previous outing, April 14 against Houston, he’d walked all three he faced. Against Arizona, he began well enough, closing out the third with no further damage, retiring Reynoso and Womack easily. The fourth was another story: Bell singled leading off, his second of four hits in the game, and Gonzalez followed with another single; both came in on Matt Williams’s double. After Hutchinson retired Grace on a foul pop, he walked Sanders, then Dave Dellucci hit a three-run homer, making the score 13-1. After St. Louis went down in order in the bottom of the inning, Hutchinson went back out for the fifth, but faced only two batters, giving up a leadoff triple to Womack and then Bell’s home run. La Russa replaced Hutchinson with Mike James, later saying, “What I disliked was having to stay that long with Hutchinson. That’s not a good thing to do to any pitcher, especially … when it wasn’t there for him tonight.”10

The team subsequently sent Hutchinson to Triple-A Memphis, where he finished the season 4-9 with a 7.92 ERA before leaving professional ball. His final major-league line: three games, four innings, a 0-0 record, a 24.75 ERA with nine hits, six walks, and two strikeouts.

James got out of the fifth with no further damage, but after scoring in every inning thus far, Arizona was up 15-1. Post-Dispatch sportswriter Rick Hummel quipped that their 22452 line score to then more resembled a ZIP code than something one would find on a scoreboard.11

James and two other Cardinals relievers (Mike Matthews and Steve Kline) kept the Diamondbacks from scoring in the sixth through eighth, allowing just a walk and a hit. Meanwhile the Cardinals scored two in a notable fashion in the bottom of the sixth. With two outs, Pujols singled (extending a hitting streak to 11 games). James was due up but La Russa pinch-hit for him with pitcher Gene Stechschulte, who had only one professional plate appearance before then, at Memphis in 2000, when he’d doubled. However, at Ashland University he’d been an All-America shortstop his junior year, batting .391 with 15 home runs that still (as of 2019) ranked second in school history. Against Arizona, on the first pitch he saw from Reynoso, he slammed a two-run homer to left-center. The Cardinals added their final run in the eighth when Vina reached on a two-base error by shortstop Womack, advanced to third on a groundball, and scored on Eli Marrero’s sacrifice fly.

For the ninth, La Russa decided to spare his bullpen. He approached Bonilla, who had been on the bench, and asked if he’d ever pitched. He’d never pitched, Bonilla said after the game, but he told La Russa, “[I]f you want me to do it, I’ll do it.”12 His plan was simple: “I was going to throw all fastballs. I wasn’t going to mess around. … We were getting our butts beat [so] I wasn’t going to work slow.”13 Bonilla pitched the full inning, walking one and allowing two runs and three hits, including Erubiel Durazo’s pinch homer, the Diamondbacks’ fifth homer of the game.

After the Cardinals went down in order in the ninth, the game was in the books, 17-4. Reynoso (six innings, three runs, four hits, two walks, and four strikeouts) had his first win of the season. It also was his last in the majors: After struggling from then until early June, he went on the disabled list with a shoulder injury, then went to the minors. He got back to Arizona for two games in September 2002, but after giving up two runs on three hits and a walk in 1⅔ innings, his major-league career was over. Hermanson took the loss, his first of the year; he finished the season at 14-13, tying his personal best for victories, and retired in 2006.

As for the teams: The Cardinals avoided a series sweep by taking the final game the next day, 3-1, and eventually won the NL wild-card spot for the playoffs. The Diamondbacks won the West, and the two met in the National League Division Series, which Arizona won three games to two on its way to winning the World Series.

In addition to the sources listed in the notes, the author also consulted Baseball-Reference.com and Retrosheet.org for statistics and game accounts.

10 Ibid. James entered as part of a double switch, batting fifth in place of Ray Lankford, who had been in left field; Craig Paquette, who had been playing first, moved to left, and Larry Sutton entered the game, playing first and batting ninth.