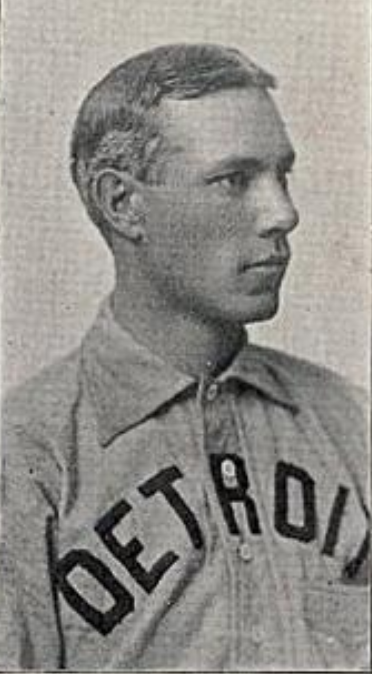 When Charles Comiskey and other investors purchased the minor Western League in 1894, it was with the express intent of transforming the loop into a major league on a par with the well-established National League. Aggressively signing major-league-caliber players and shifting franchises from smaller markets such as Grand Rapids and St. Paul to Cleveland and Chicago, the league, reorganized as the American League of Professional Baseball Clubs in the fall of 1899, declared itself a bona-fide major-league beginning with the 1901 season. Among the Western League holdovers now a charter member of the new American League: the Detroit Tigers.

The largest crowd ever to attend a baseball game in Detroit1 streamed into Bennett Park to see the Tigers make their major-league debut against the Milwaukee Brewers. A parade complete with bands, city officials in carriages, local fraternal organizations, and the players from both teams had traveled up Michigan Avenue, while at Bennett Park a crowd of 10,023 — some 1,500 greater than seating capacity — was spilling over from the stands into the outfield.

A band of heavy rain that lingered for days across the Northeast provided the upstart loop with an inauspicious start, causing postponement of three of the four season openers scheduled for April 24, including the game in Detroit. But the next day offered a bright, clear sky and a modest breeze, and although the field was still wet and the basepaths muddy, a fine day for a ballgame.

Pregame ceremonies began with the visiting Brewers marching onto the field, followed by the Tigers, who paraded before the grandstand in bright red wool coats and doffed their caps to the cheering crowd. “Oom Paul,” the club’s unofficial mascot and good-luck charm since the previous year, when the Tigers won 21 of 22 with the dog in attendance, was brought out to home plate to a roar of delight from the stands. There were a handful of speeches and the presentation of an oversized cup to team owner James Burns and manager/co-owner George Stallings. Finally, City Council President Jacob J. Haarer, filling in for Mayor William Maybury, tossed out the ceremonial first pitch to Charlie Bennett, the beloved catcher for the old National League Detroit Wolverines. The Wolverines had folded 13 years ago, but Detroit baseball fans still held the heroes of the 1887 world champions in high regard.

The umpires, in consideration of a rope stretched across the outfield to corral the fans standing or sitting on the outfield grass, informed both clubs that a ball hit into the crowd would be ruled a double. As the band struck up “There’ll Be a Hot Time in the Old Town Tonight,” the Tigers sprinted onto the field. Roscoe Miller, a 24-year-old right-hander who had won 19 games the previous year in Detroit’s final season as a minor-league club, took the mound.

Whether it was the sodden field, the team’s inability to practice for a week due to the unrelenting weather, or simply Opening Day jitters, from the moment the game began the Tigers hardly looked to be ready for the major leagues. Kid Elberfeld, who’d played two seasons in the National League, for Philadelphia and Cincinnati, made a “gorgeous fumble”2 on a ball hit to short by the first Milwaukee batter, Irv Waldron, and was charged with an error. Although Detroit managed to escape the opening frame without surrendering a run, three more errors in the second inning handed Milwaukee a 2-0 lead. The Tigers, for their part, couldn’t get anything going against Pink Hawley, who had jumped to the new league after compiling an 18-18 won-lost record for the last-place New York Giants in 1900.

The third inning saw the Brewers score five runs on an error, four hits, a walk, and a sacrifice. This was the end for Miller, who was replaced by Emil Frisk during the inning. Miller had not pitched particularly well, but five errors behind him, including three by Elberfeld, had also let him down. The inning ended with the Brewers up 7-0.

Detroit finally got on the scoreboard in the bottom of the fourth on an error followed by a ground-rule double into the crowd by Frank “Pop”Dillon. Elberfeld drove Dillon home with another ground-rule double. The Tigers added another run in the fifth when Doc Casey scored on a Kid Gleason double.

After six innings the score stood at 7-3, but the Brewers struck again in the seventh, scoring three more runs on two doubles and a single after two men were out.

At this point Milwaukee player-manager Hugh Duffy, perhaps thinking the game was safely in hand, took out Hawley, replacing him with Pete Dowling. Hawley had been pitching well, having surrendered only five hits and walking one in his six innings on the mound, but Dowling had been “Detroit’s Jonah all last season,”3 beating the Tigers four times, twice by shutout. Dowling retired the Tigers without a hit in the seventh inning.

Milwaukee continued its assault in the eighth, plating three more runs on two walks, three hits, and another Detroit error. The Tigers stirred a bit in their half of the inning, as Dowling gave up four hits and one run, thanks to another ground-rule double by Pop Dillon.

The Brewers were retired in order in the top of the ninth, and with the score now 13-4 the Tigers came to bat for a final time. Many in the grandstand were already heading for the exits, “growling profanely,”4 as Doc Casey stepped into the batter’s box.

Casey drove the ball into the overflow crowd in the outfield for a ground-rule double. Jimmy Barrett followed by beating out a slow roller to third. Kid Gleason then singled to center, scoring Casey. Renewed enthusiasm swept the stands, and the roar of the crowd increased in volume with each successive blow by the Tigers. Ducky Holmes followed with a double, scoring Barrett. Dillon hit his third double of the game, scoring Gleason and Holmes. Kid Elberfeld stroked another double to right field, pushing Dillon across the plate. Five runs had now scored with none yet out.

Hugh Duffy came in from center field and removed Pete Dowling in favor of Bert Husting. Husting immediately uncorked a wild pitch, allowing Elberfeld to advance to third, before retiring Kid Nance on an infield grounder for the first out of the inning.

The charged crowd in the outfield pressed closer toward the diamond. The game was delayed a few minutes as the Detroit players ran out to push the throng back behind the ropes to afford the Milwaukee outfielders a fair chance at getting to long drives. When the game resumed, Husting walked the next batter, Fritz Buelow. Pitcher Emil Frisk followed with a single to left, scoring Elberfeld for the Tigers’ 10th run and sixth of the inning.

“Hats were being thrown in the air, coats were flying and everyone was yelling themselves hoarse. One man in the bleachers threw up his coat and when it came down it was in two sections, but he didn’t care so long as Detroit was hitting the ball, and the chances are that he forgot he ever had a coat.”5

Doc Casey, batting for the second time in the inning, laid down a bunt, reaching first just ahead of the throw by diving head-first into the bag. With the bases now loaded, Jimmy Barrett came to bat but went down on strikes for the second out. Kid Gleason then hit a savage grounder that Brewers third baseman Jimmy Burke fumbled, allowing Buelow to score and keeping Detroit’s improbable rally alive. The Tigers pulled within one run when Ducky Holmes beat out a slow roller to Burke that scored Frisk.

It was now up to Frank Dillon. The first baseman already had three ground-rule doubles, including one earlier this inning. With the count at two balls and two strikes, Dillon drove a pitch down the left-field foul line and into the crowd, while Casey and Gleason raced home with the tying and winning runs.

With Dillon’s hit, pandemonium broke loose at Bennett Park. “Roaring, howling and screaming,”6 the crowd poured out of the stands onto the field. “The crowd almost tore [Dillon] to pieces, and finally he was picked up and carried around the field on the shoulders of some of the excited spectators.”7

The Detroit Tigers were winners in their American League debut by the virtue of, as one account described it, “the most magnificent batting rally ever seen.”8

McCollister, John, The Tigers and Their Den: The Official Story of the Detroit Tigers (Boulder, Colorado: Taylor Trade Publishing, 1999).