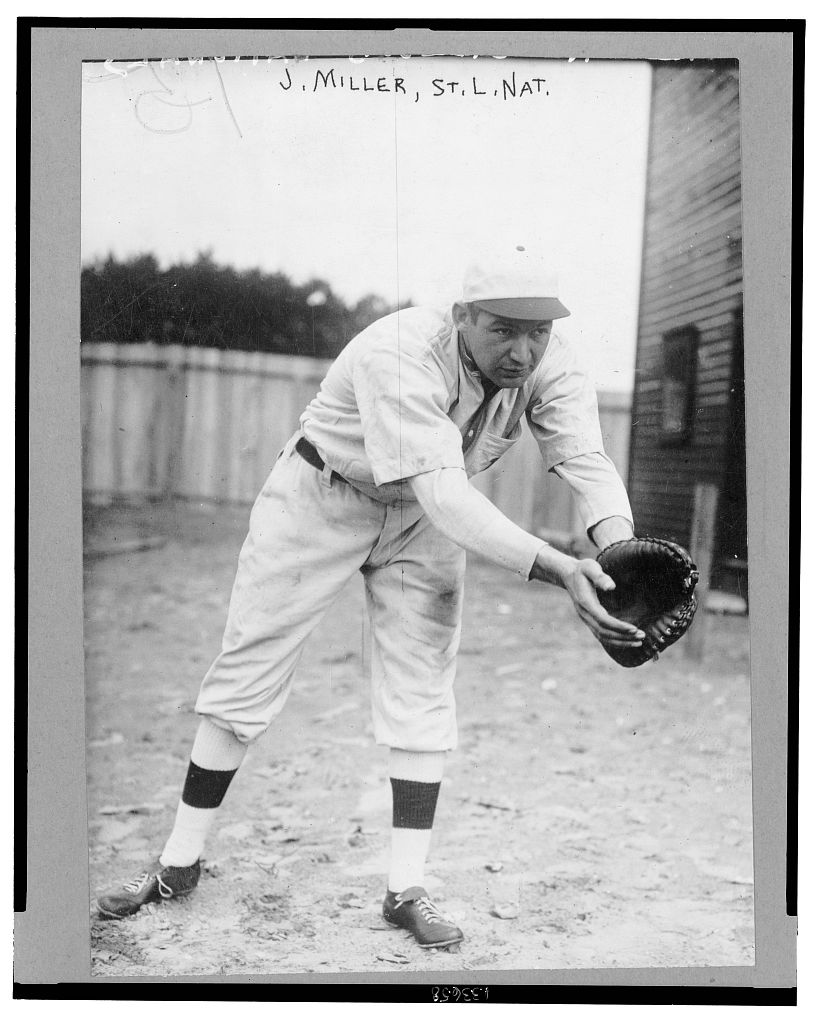 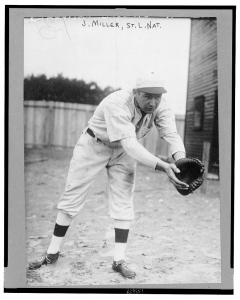 Pittsburgh baseball fans were frustrated over their team’s slow start to the 1912 season. Their displeasure escalated with the team’s inability to scratch out a run in the first game of a series against Cincinnati. The Pirates managed just seven scattered singles while being shut out by Reds hurler George Suggs. Because of a rainout, the second one of the series and the fifth postponed game for the Pirates in 16 days, the team had a day to anguish over their inability to cross the plate.

Before their next contest with the Reds, the Pirates received a new order of bats. When owner Barney Dreyfuss complained about the cost ($2 per bat), manager Fred Clarke told the Pittsburgh Press, he replied: “… we needed the best and that we intended to use them. He informed me that the way we battled on Thursday, we could do well if we had rolling pins, and I had to agree with him.”2 Clarke continued: “Nevertheless, I told him to wait until we had tried our new sticks which I had imported from Cuba for the especial purpose of striking terror to the hearts of opponents.”3

Cincinnati, on the other hand, was red hot. The Reds were on a four-game winning streak and sitting atop the National League standings with an 8-2 record. To make matters worse for the Pirates, they would have to face right-hander Art Fromme in the second game of the series. Fromme had defeated the Bucs just 12 days earlier, pitching a masterful 11 innings in the Reds’ 3-2 win in Cincinnati. Pittsburgh sent Howie Camnitz, 1-1 with a 3.79 ERA, to the mound.

The Pirates wasted no time breaking out with their new bats. The Cincinnati Enquirer wrote: “The Pirates losing no time in skirmishing, jumped into the battle with all their weapons of warfare and smashed everything (Fromme) sent up. Everybody took a crack at the ball, and they were not gentle about it either.”4 Bobby Byrne and Max Carey started things off in the bottom of the first with a pair of singles, and Tommy Leach walked to load the bases.

Honus Wagner then drove a ball that Johnny Bates tracked down “out among the dandelions in deepest center” that brought home the first run of the game and allowed the other runners to move up a base.5 The Pittsburgh Press observed, “Surely, these were not the same Pirates who couldn’t hit a balloon two days back.”6

And the Bucs bats were only getting started. Dots Miller singled to right, bringing home both runners. Chief Wilson launched a “screaming triple to the flagpole” to plate another run.7 Alex McCarthy singled through Jimmy Esmond’s legs to bring Wilson home. George Gibson continued the onslaught with a run-scoring double, but was thrown out trying to stretch it into a triple. Fromme finally was able to get Camnitz to fly out to center for the third out, but the damage had been done, as six Pirates had crossed the plate in the inning.

Fromme was pulled from the game after his rocky first inning and replaced with Bill Prough, in what would be the one and only major-league appearance of his career. The Pirates continued their assault on the new hurler, exploding for five runs in the fourth inning, highlighted by Honus Wagner’s two-run double. The Pittsburgh Gazette Times noted, “The crack of the bat against ball continued so unceasingly that it sounded as though Barney Dreyfuss had a force of riveters at work building another steel wing to his stadium.”8 The Pirates led after four innings, 11-0.

Perhaps no fan at Forbes Field enjoyed the Pirates’ offensive explosion more than the vice president of the United States, James Sherman. He was at the ballpark with a number of other luminaries, including a pair of congressmen and a senator who were in town for an America’s Club dinner. Sherman, a known fan of the national pastime, made sure the group was seated in the grandstand seats so he could be close to the action. Even though the game ended up being a blowout, the vice president stayed until the end and “clapped his hands in applause while the scoring was being done.”9

After the fourth inning, Reds manager Hank O’Day replaced Prough with 22-year-old right-hander Hanson Horsey. Just like Prough, Horsey had “not yet seen the light in the National League” and made what ended up being his only major-league appearance.10 Unfortunately for Horsey, it was not a good day to make a pitching debut against the Pirates. The Cincinnati Enquirer wrote: “No pitcher could have stopped them today after they once got on their way.”11

Just as they’d done to the two pitchers before him, the Pirates jumped all over Horsey and hit him with “unbridled fury.”12 The Pirates got three hits and a pair of runs in the fifth, on a two-run single by Max Carey. The Reds were able to scratch across a couple of runs in the bottom of the fifth off Camnitz, but the Pirates answered back with two hits and two runs in the bottom of the inning, one of the runs coming on a nifty double steal, when Wagner raced home as McCarthy took second. Through six innings, the rout continued, as Pittsburgh increased its lead to 15-2.

Pittsburgh brought home two more runs in the seventh, with the big hit being a run-scoring triple into the right-field corner by Dots Miller, who was gunned down at the plate while attempting to stretch it into a home run. But the eighth inning was when Hank O’Day must have really felt like waving the white flag. The Pirates batted around with six hits and a walk, and pulled off their second run-scoring double steal of the game, all while scoring six runs, to increase their insurmountable lead, 23-2. “It was simply a case of a team being unbeatable, and the Reds were never in the running for a moment.”13 Poor Hanson Horsey was left in to take the drubbing, allowing 14 hits, 3 walks, and 12 runs (10 of them earned) in four innings of work, to finish his one-game major-league career with a 22.50 ERA.

Meanwhile, Howie Camnitz was cruising on the mound, “allowing but six hits in all, and several of them were flukey. Three of them were made in the ninth inning, after the Pirates were so far ahead that they felt ashamed of themselves for being so greedy.”14 The Pirates had avenged their shutout loss in the previous game with a blowout win, 23-4.

The Pirates finished the game with 27 hits, including five doubles and three triples. They also stole eight bases, including two swipes of home on double steals. Pittsburgh also played an errorless game in the field and “[t]hree fast double plays were made, all by the inimitable trio, McCarthy, Wagner and Miller.”15

The Pirates’ new bats were a resounding success. Big numbers abounded. Bobby Byrne finished the day 5-for-6, with a double, four runs scored, and two driven in. Byrne’s five hits raised his batting average from .225 to .304. Dots Miller went 5-for-6 with a double, a triple, a run scored, and five RBIs, raising his batting average from .179 to .267. Honus Wagner was 4-for-5, with two doubles, a sacrifice fly, three runs scored, and five RBIs, as his average climbed from .216 to .286. Chief Wilson added a pair of triples to the cause. Every Pittsburgh batter had at least one hit, except Camnitz, and “[e]very mother’s son of them took part in the run-scoring,” with every Pirate scoring at least one run.16 The Cincinnati Enquirer noted that the Pirates were “the entire class of the party on this occasion.”17

The bats that Fred Clarke ordered had certainly struck terror in the hearts of the Pirates’ opponents, just as he’d promised they would. They were worth every penny of what Barney Dreyfuss was obliged to pay for them. After the game, a satisfied Clarke reportedly said of his new bats: “Didn’t I tell you so?”18