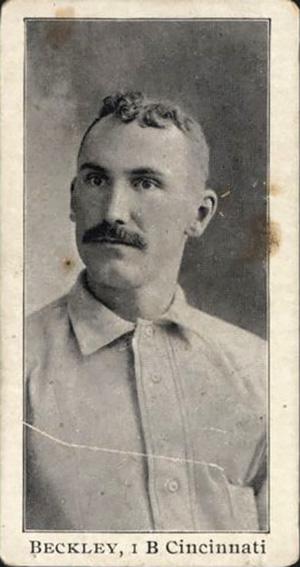 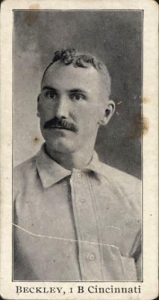 “The Browns went all to pieces, and all in all a worse bluff at playing ball was never made,” reported the Pittsburgh Daily Post following the Pirates’ lopsided 25-2 victory in St. Louis.1 The St. Louis Post-Dispatch added that the shellacking of the hometown Browns was “most disgusting to the 4,500 spectators,” most of whom left before the game was over.2

The Pirates and Browns (who changed their name to the more familiar Cardinals in 1900) were heading in opposite directions when they met for a twin bill on a warm summer Tuesday afternoon at Sportsman’s Park, the newly constructed wooden ballpark at the intersection of Vandeventer and Natural Bridge Avenues on the north side of the Gateway City.

Skipper Al Buckenberger’s third-place Pirates squad (46-33) was completing a 15-day “Western” road swing and had won 20 of its last 26 games to pull within seven games of the NL-leading Boston Beaneaters. (The NL had 12 teams in 1893.)

Scheduled to start the opener of the doubleheader was their ace, Smoky City native southpaw Frank Killen, one of the best pitchers in the league. Acquired in the offseason from the Washington Senators, the stout 6-foot-1, 200-pound hard thrower was en route to a career campaign, and finished with a league-high 36 victories; however, there had been some concerns about Killen’s effectiveness when the season commenced. A major rule change affecting pitchers took place in 1893. The pitcher’s box (a 5½-by-4-foot rectangle whose rear line was 55½ feet from the center of home plate) was replaced with a pitcher’s rubber, located 60 feet 6 inches from home plate.3 (Pitchers still threw from a flat surface; gradually elevated mounds were introduced and regulated by 1904.)

Unlike their opponents, manager Bill Watkins’ seventh-place team (37-41) was in shambles, despite having played 33 of its last 38 contests at home. Scheduled to start was 26-year-old right-hander Dad Clarkson, in his first full season in the majors, during which he eventually finished with a 12-9 slate as the team’s fourth starter. Clarkson was returning to the club after a two-week suspension for violating team rules, a euphemism for drinking, and promised to be in “condition” for the game. However, it was payday for the Browns and the combative pitcher demanded that he receive back pay for the 15 days he had missed. The Browns’ eccentric German-born owner-huckster, Chris von der Ahe, objected.

A confrontation between pitcher and owner ensued and Clarkson was suspended on the spot. Well and fine, but that left Watkins’ club in a pickle because the team’s three primary starters were unavailable: Ted Breitenstein had pitched the previous game; Kid Gleason had cut the thumb on his throwing hand; and Pink Hawley was scheduled for the second game. Watkins tabbed a 23-year-old, 5-foot-5 rookie Jimmy Bannon. The Daily Post noted that “Bannon has been touted as a ‘phenom,’” however, he was an outfielder and by all accounts was making his first professional appearance as a hurler.4

New Sportsman’s Park (which was later called Robison Field) was robustly packed on a Tuesday afternoon, but “the ‘curtain raiser’ served to disgust” the spectators almost as soon as the game began, opined the Post.5 As was customary at the time, the home team had the option to bat first, which the Browns exercised. After each team tallied a run in the opening frame, the wheels flew off for the Browns.  “It would be useless to repeat the game in detail,” opined the Pittsburgh Commercial Gazette.6 Though Pittsburgh and St. Louis papers published game summaries, they did not include play-by-play reports.

Needless to say, it was a slaughter. The Pirates tallied seven runs in the second, seven more in the third, and three in the fourth to lead 18-2 after four innings. “The Pittsburghs hammered Bannon’s delivery worse than Pat Gilmore’s band used to hammer the anvil chorus,” gushed the Commercial Gazette humorously, evoking the bandleader who composed “When Johnny Comes Marching Home Again” while serving in the Union Army during the Civil War.7

In those four innings Bannon yielded 10 hits, walked five, and plunked two batters; 10 of the 18 runs were earned. (It should be noted that the St. Louis and Pittsburgh papers, as well as Sporting Life, reported that Bannon left after the third inning; consequently, there may be a scoring error regarding Bannon’s statistics.)8 Perhaps the highlight of his stint was a home run by Killen that the Gazette declared was “probably the longest hit ever made, and is the only instance in which a batter has been able to ‘knock the ball out of the lot’ at new Sportsman’s Park.”9 Killen, who clubbed four homers in 1893, was a bruising hitter who many claimed could become one of the game’s best sluggers should his right wing ever fail.

Bannon, for his part, never pitched another game for the Browns or started another one in the big leagues, though he did pitch twice in relief for the Boston Beaneaters, with whom he signed the following season and emerged as a good hitter, batting .336 and .347 in 1894 and 1895, respectively, as the starting right fielder.

The game took a bizarre turn around this time. With the Pirates holding a commanding lead and the outcome essentially decided, Buckenberger approached Watkins about calling the game so that the teams could begin and complete the second game early enough to allow the Pirates to catch their train to Pittsburgh that evening. In an egregious breach of protocol, von der Ahe burst suddenly onto the field and began arguing with both skippers, who seemingly had come to a conclusion to end the laugher. According to the Post-Dispatch, von der Ahe “announced that the farce must go on” and made his manager “look like a monkey.”10 The St. Louis daily furthermore opined that the only reason von der Ahe demanded that the teams complete the game was to “save the Browns another defeat.”

The game went on, but not with Killen. Buckenberger pulled him some time after the fourth inning so he could start the second game of the doubleheader; however, he was credited with the victory. Tom Colcolough, a 22-year-old rookie, was his replacement.

Bannon gave way to 26-year-old Frank Pears, described by newspapers as a local man who had occasionally pitched and played center field in his thus far brief professional career. Making what proved to be his only mound appearance of season, and his last of four in the majors, Pears was easily peeled. “The manner in which both these alleged pitchers were pounded was most disgusting to the 4500 spectators,” opined the Post-Dispatch in a bellicose and frustrated game report.11 Pears was clubbed for nine hits and seven runs (six earned), walked two and hit a batter. Five tallies came in the fifth to give the Pirates a 23-2 lead; the final two came in the eighth.

The game was completed in 2 hours and 20 minutes.12 The Pirates’ 23-run margin of victory was, as of 2018, the most lopsided victory in franchise history. Only three of their 19 hits went for extra bases, Killen’s home run and triples by Jake Beckley and Denny Lyons (both of whom recorded 16 that season); Beckley had a team-high four safeties while Jack Glasscock tallied a team-best four runs; 53 batters went to the plate in eight innings (the Pirates did not bat in the ninth). “The browns [sic] had ‘that tired feeling’ when the game was over, from chasing the ball,” declared the Gazette.13 The Browns managed just eight hits.

If the Browns pitching and batting weren’t bad enough, the Post-Dispatch had choice words about the club’s fielding, opining that the game “gave several of the Browns an opportunity to show what unreliable fielders they are.”14 The team committed seven errors, including two each by third baseman Jack Crooks and shortstop Frank Shugart. Those two infielders, along with second sacker Joe Quinn and outfielder Tommy Dowd, “were all guilty of the most slovenly and inexcusably bad ball playing,” proclaimed the paper.15 Even the Gazette chimed in, noting, “The field support given both [Browns pitchers] was simply frightful.”16

It didn’t get much better for the Browns in the next game. Killen went the distance, yielding nine hits, to win, 6-1. Hawley was charged with the loss, surrendering 11 safeties, including Lyons’ three-bagger in a four-run seventh, though only of his six runs was earned.

The Browns were undoubtedly happy to get out of the Mound City for a while, but probably few looked forward to a grueling five-week, 34-game road trip. They won only 10 of those contests and eventually finished with a 57-75 slate and in 10th place. The Pirates continued playing well, winning 33 of their last 48 games to finish with an 81-48 record, five games behind the champion Beaneaters.

10 “Yesterday’s Double Attraction Turned Out to Be a Farce – Diamond Clips.”

11 “Yesterday’s Double Attraction Turned Out to Be a Farce – Diamond Clips.”

14 “Yesterday’s Double Attraction Turned Out to Be a Farce – Diamond Clips.”

15 “Yesterday’s Double Attraction Turned Out to Be a Farce – Diamond Clips.”