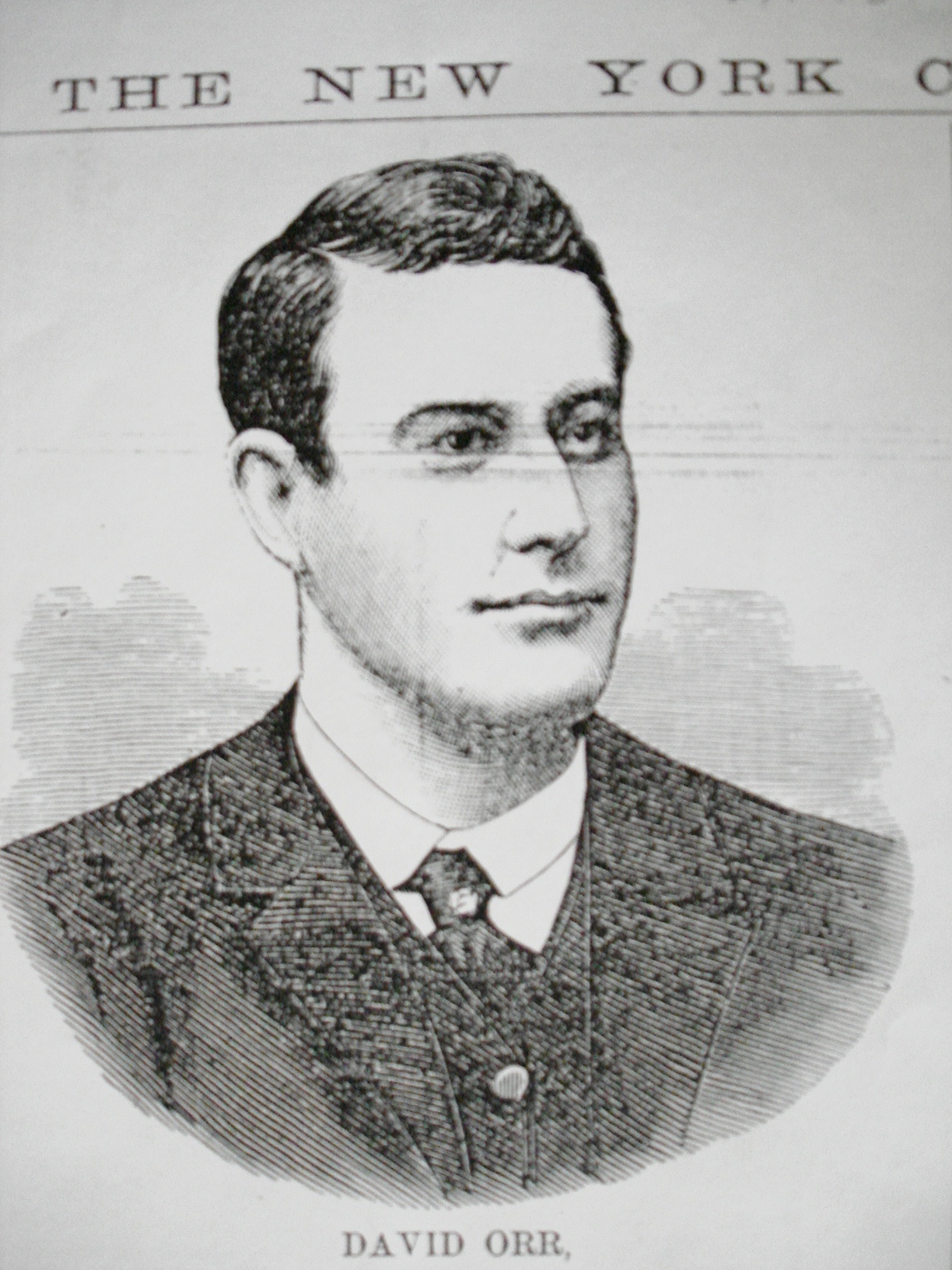 Down by a run in the final inning, the Baltimore Orioles “succeeded in getting the necessary runs to give them the victory”1 over the New York Metropolitans. The Orioles had an uphill battle during the entire game, yet they came through with a walk-off victory at home. About a thousand spectators showed up at Oriole Park in Baltimore on a Wednesday afternoon to watch the final game of the three-game series. The Mets had won the first game, 11-8, on Monday, and the Tuesday game had ended in a 10-10 tie. The fans were expecting lots of runs again in this American Association game.

Baltimore’s Phenomenal Smith and New York’s Jack Lynch were the opposing pitchers. Of interest is that “both clubs objected to [Ted] Sullivan’s umpiring.”2 Sullivan had come to the field, but Baltimore manager Billy Barnie “firmly declined to play the game with him as referee.”3 Sullivan had umpired the two previous games between the Orioles and the Metropolitans. Chris Fulmer, a catcher for the Orioles, was decided upon by both teams and he umpired an impartial contest, giving “general satisfaction.”4

As in the first two games of the series, the New Yorkers scored in the first inning. Paul Radford lifted a fly ball to Joe Sommer in left field, and Sommer dropped it. Darby O’Brien laid down a sacrifice, advancing Radford to second. Mets first baseman Dave Orr followed and “hit the ball full, and it went sailing away down into the extreme corner of right center for a home run.”5 The Mets had taken a quick 2-0 lead.

Each team managed a hit in the third, but nothing amounted in either case. In the fourth inning, though, the Mets added another tally. Orr singled, moved up a base on a passed ball and scored on a single by Charley Jones. Jones was stranded as Smith retired the next three batters in order. Baltimore responded in its half of the fourth. Lynch walked Bill Greenwood to start things off. With Mike Griffin batting, Greenwood took off for second base. The throw by Mets catcher Andy Sommers was wild, and Greenwood scampered to third on the error. Griffin singled, and Baltimore had a run. Then, as Yogi Berra is credited with saying, “It was déjà vu all over again.”6 With Jumbo Davis now in the batter’s box, Griffin took off for second. Sommers’ throw got away from second baseman Joe Gerhardt, and Griffin took third. Griffin scored on Davis’s sacrifice fly. The Mets’ advantage was trimmed to one run.

Gerhardt opened the fifth for New York with a single. Pitcher Lynch forced him at second, and Radford then forced Lynch. O’Brien hit a Baltimore chop in front of the plate and “reached first before Smith could pull the ball down out of the air.”7 Orr then smacked his third hit of the game, a two-run triple that made its way to the center-field fence. The Metropolitans led, 5-2.

New York added two hits in the seventh, including a double by Orr, but could not bring another runner home. Orr’s double gave him what is now known as a “cycle,” single, double, triple, and home run in the same game.

The Orioles battled back in the bottom of the seventh. Oyster Burns walked. Davis tripled to the right-field fence, driving in Burns. Tommy Tucker hit an infield grounder, but the only play was at first and Davis scored.

The Orioles tried to tie the score in the eighth when Greenwood walked and stole second. He then attempted to steal third,, but the umpire ruled him out in a “close call.”8

The Mets were retired in order in the ninth, giving Baltimore its last chance. Burns led off and sent a ball high (but foul) over the clubhouse. On Lynch’s next offering, Burns straightened it out a bit and sent the ball “over the right field fence only about two feet inside the foul line, and made the circuit of the bases for the home run.”9 An out later, Tucker sent two pitches over the clubhouse (in foul territory) before drawing a five-ball walk. With Blondie Purcell batting, Tucker stole second, getting into scoring position. Purcell “hit a grass-cutter past shortstop”10 and Tucker raced home with the winning run in walk-off fashion.

The Baltimore squad banged out six hits, but Lynch allowed four walks that assisted the Orioles in scoring the six runs. The Mets had 10 hits (seven singles and the three extra-base hits by Orr). Smith gave up two bases on balls as well.11

Lynch did a good job on the mound, “but the home team won by almost faultless fielding.”12 New York’s errors with men on base in the fourth contributed to two unearned runs. Of course, Burns’s timely home run in the ninth inning helped as well.

The win put Baltimore’s record at 47-37 in the American Association standings; the Metropolitans dropped to a dismal 28-56, 35 games behind the league-leading St. Louis Browns.

Although the term “cycle” was not yet in use, Orr’s accomplishment was duly noted. According to the Baltimore Sun, “The hitting of Orr, of the Mets, was something wonderful. He went to the bat four times, and each time hit the ball safely — once for a home run with a man on base, once for a single, once for a three-base hit, with two men on bases, and once for a two-base hit — a total of ten bases off four hits.”13 In addition to the four hits, Orr scored twice and drove in four of New York’s five runs.

In five different 1887 American Association games a player accomplished the rare feat of hitting for the cycle. Along with Orr, the others were O’Neill (who did it twice as noted above), Fred Carroll (May 2), and Bid McPhee (August 26).

In addition to the sources mentioned in the Notes, the author consulted baseball-reference.com, mlb.com, retrosheet.org and sabr.org. Play-by-play comes from the newspaper accounts cited in the Notes. Thanks to SABR member Jack Zerby for his suggestions.

6 This is a “Yogi-ism” attributed to Mr. Berra, as detailed by the Yogi Berra Museum & Learning Ccenter (see https://yogiberramuseum.org/about-yogi/yogisms/). Accessed March 2019.

11 At the time, walks were included in the “Hits” column in box scores, such as the one accompanying the Baltimore Sun game story cited herein.

14 Notice that both Reilly and O’Neill accomplished their pairs of cycles within a week of each other, whereas two seasons separated Orr’s cycles. All three two-timers played in the American Association