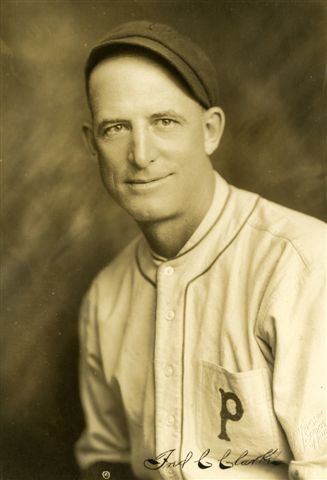 The defending world champion Pittsburgh Pirates were in first place on August 10, 1926, having routed the Brooklyn Robins in the first two games of a three-game series at Ebbets Field. To the outside world, the Pirates seemed harmonious, but the team was divided over whether Fred Clarke should be allowed to sit on the bench. An esteemed former player and manager, Clarke led the Pirates to four pennants between 1900 and 1915. In 1926 he was a vice president and stockholder of the club, and as assistant to manager Bill McKechnie, he sat on the bench and gave advice to the players, often with a sharp tongue.

The three longest-tenured members of the 1926 Pirates — pitcher Babe Adams, left fielder Carson Bigbee, and captain and center fielder Max Carey — felt that Clarke’s presence on the bench was detrimental to the team and wanted him removed. But in a secret ballot instigated by the trio, the players voted 18 to 6 to allow Clarke to remain on the bench. Clarke was upset over the matter and chose not to sit on the bench during the Brooklyn series. The trio would receive reprisal when the series was over.

In the final game of the series, on Wednesday, August 11, 1926, the starting pitchers were 26-year-old Pittsburgh southpaw Emil Yde (pronounced EE-dee) and 35-year-old Brooklyn right-hander Dazzy Vance. In both 1924 and 1925, Vance led the major leagues in wins and strikeouts, but he was struggling in 1926 with a 4-8 record.

Both teams featured a brilliant 23-year-old rookie: Pittsburgh right fielder Paul Waner was hitting .317, and Brooklyn first baseman Babe Herman led the National League with a .349 clip. Herman went 7-for-7 with two home runs in the first two games of the series, though the Robins lost both games. The team was on a nine-game losing streak, which had dropped it from fourth to sixth place in the league.

It was a warm day in Brooklyn as the Pirates scored a run in the top of the first inning on Waner’s triple and Pie Traynor’s single, and they added a second run in the seventh inning on Yde’s triple and Waner’s single. Herman kept on hitting with a single in the first inning and a double in the fourth to extend his streak to nine hits in nine at-bats; he was finally retired in the sixth when Kiki Cuyler caught his “murderous line drive” in deep left field.1

Trailing 2-0, the Robins rallied in the bottom of the eighth. Hank DeBerry led off with a double to right-center field. With Yde wilting in the heat, McKechnie replaced him with right-hander Vic Aldridge, who promptly gave up a run-scoring single to pinch-hitter Charlie Hargreaves. Pinch-hitter Jack Fournier grounded to Traynor at third base; it should have been a double play but Traynor’s throw to second base sailed into the outfield and proved to be a costly error. Southpaw Don Songer was then brought in to face left-handed batters Merwin Jacobson and Babe Herman; Jacobson walked to load the bases, but Herman fanned, missing the “third strike by a foot.”2

Adams, a right-hander, now entered the game to pitch to the right-handed Dick Cox. With a single to right field, Cox drove in Hargreaves with the tying run. Pinch-hitter Jerry Standaert followed with a sacrifice fly to Cuyler in left field, which brought Fournier home with the go-ahead tally, and William Marriott’s single knocked in an insurance run.

At Clarke’s insistence, the Pirates released Adams, Bigbee, and Carey after the game. Adams, at age 44, was done after nearly 3,000 innings pitched for the Pirates in 18 seasons. Bigbee, a reserve outfielder, was no longer needed after 11 seasons with the team. And Carey, the team captain in his 17th year with the club, was also let go. The thwarted mutiny became known as the “ABC Affair,” named for the initials of the three ousted mutineers.

Clarke was criticized for what happened, and after the season he resigned from the Pirates and “severed all ties from the organization,” wrote his biographer, Ronald T. Waldo. This “ugly incident … chased him away from major league baseball.”3

Carey was acquired by the Robins on waivers and served as player and coach. Herman credited Carey’s coaching for improving his hitting, baserunning, and fielding.4

The Pirates finished in third place in 1926, but won the pennant the following year with a new manager, Donie Bush, and a new center fielder, Lloyd Waner, Paul’s younger brother.