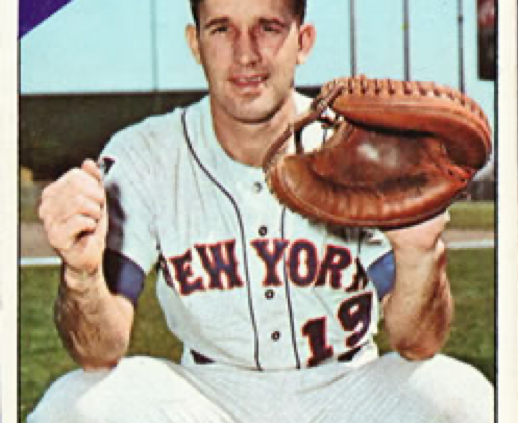 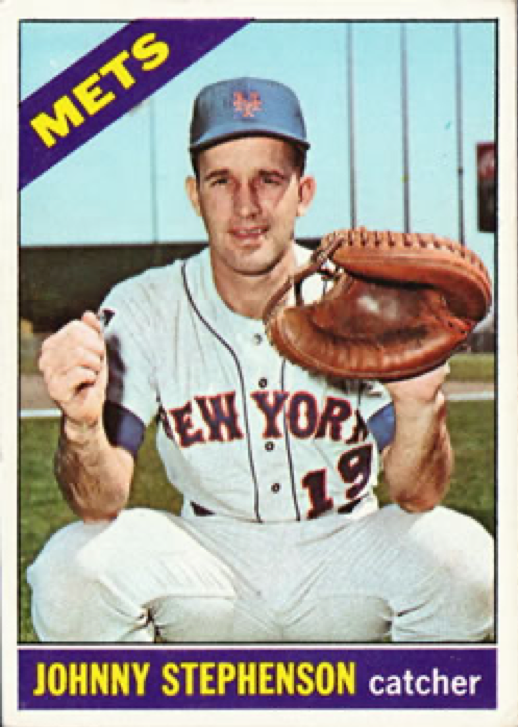 For most fans, watching a pitcher strike out 16 hitters in a game would be a memorable experience. Now, imagine seeing a pitcher strike out 16 hitters — only to be outdone by the other starter’s 24 whiffs. The 462 fans who saw two teams in the Class A New York-Penn League play the second half of an August 11, 1963, doubleheader witnessed a pitching performance for the ages, as the starting pitchers — both career minor leaguers — combined for a league-record 40 strikeouts.

The visiting team, manager Dick Cole’s Auburn Mets, came into the doubleheader with a 57-42 record, in second place in the eight-team league, behind the Wellsville Red Sox. Three players who appeared for Auburn that year reached the big leagues, and one of them, catcher-outfielder John Stephenson, started the second game in center field.1 The other two were pitcher Ron Locke, who made the parent Mets the following year, and outfielder Cleon Jones, who appeared in only 14 games in Auburn before being promoted to Class A Raleigh. Jones briefly reached the majors in 1963, appearing in six games with New York. He later became a mainstay of the 1969 World Series champion “Miracle Mets.”

Manager Buddy Hancken’s Batavia Pirates started the day in third place with a 49-54 record. Five Batavia players appeared in the big leagues — including Hancken, a former catcher2 who pitched in one game for Batavia in 1963 as a fill-in at age 48. The team’s biggest bopper was future big leaguer Byron Browne, who led the league with 32 home runs while hitting .291.3 He started the second game on August 11 in right field. Future major leaguers Jose Martinez (.311 with 14 homers in 69 games) and Carl Taylor (.294 with 11 homers in 120 games) also started at second base and catcher, respectively.4

After Batavia took the first game 5-3, Cole tapped fastballing right-hander Paul Alspach to start the nightcap. The second-year player from Ohio posted a 10-9 record and 4.41 ERA in 21 games with Auburn, also making seven relief appearances with Raleigh of the Class A Carolina League. Alspach was opposed by Andrew Daviault, an 18-year-old rookie righty from Montreal who went 8-8 with a 3.17 ERA in 24 appearances for Batavia. Daviault was the younger brother of Ray Daviault, a well-traveled pitcher who made 36 appearances for the 1962 New York Mets in his only big-league season.5 The two starters had also gone head-to-head on May 30, with Daviault throwing a five-hit shutout in a 5-0 Batavia win.6

Both pitchers specialized in strikeouts, with Alspach ringing up 192 batters in 155 innings over the full season and Daviault whiffing 178 batters in 145 innings. Batavia batters were particularly vulnerable in this department, leading the league with 1,178 whiffs. In contrast, Auburn hitters were the league’s hardest to strike out, doing so just 854 times.

Neither pitcher had any problems racking up strikeouts over the course of the nine-inning game.7 In fact, it might be easier to quickly sum up the offense and get it out of the way before turning to the strikeouts. Both pitchers went the distance. Alspach yielded seven baserunners on three hits, three walks, and an error by right fielder Browne. Daviault gave up five hits and two walks and hit a batter. The Mets pieced together the game’s only run in the sixth inning on a single by third baseman Robert Sturges, a sacrifice by pinch-hitter Eduardo Ventura, and another single by Stephenson. Sturges, who went 2-for-4, was the only batter on either side with more than one hit. Batavia’s Martinez, who doubled, was the only batter to collect an extra-base hit.8

Alspach, who “had his blazing fastball and curve working to near perfection,” notched 24 strikeouts to break the league record of 20.9 He struck out the side in the second, fourth, fifth, seventh, eighth and ninth innings.10 The only Pirates to be retired on something other than a strikeout were Martinez, who made an unspecified out at third — possibly following his double — and shortstop John Pavlus, who made two outs not specified in game accounts. The three future big leaguers in the Batavia lineup — Martinez, Browne, and Taylor — went a combined 2-for-10 with seven K’s, and Alspach whiffed center fielder James Hassett and left fielder Larry Nichols four times each. The Auburn paper’s game story noted several instances of Alspach falling behind in the count 3-and-0 and fighting back to strike out batters.11

Alspach’s performance overshadowed a fine night of work by Daviault. The Batavia hurler struck out 16 batters, and the two starters jointly established a league record for strikeouts in a game with 40. The previous record of 32 had been set five years earlier.12 Alspach’s catcher, rookie Cliff McWilliams, also landed his name in the loop’s record book with a one-game total of 24 putouts.13 Local sportswriters suggested that Alspach might have recorded the second-best strikeout performance in pro baseball history but noted that it was not the all-time best. Ron Necciai of Bristol in the Class D Appalachian League struck out 27 batters in a game in May 1952.14

Necciai’s sensational performance helped earn him a call-up to the Pittsburgh Pirates later in 1952. Alspach’s success, and the parent Mets’ lack of same,15 led one writer to suggest that the big-league team might similarly call him up.16 This did not come to pass. The righty spent 1964 with another Mets Class A affiliate, in Salinas, California. His career topped out with seven games at Triple-A Buffalo in 1965, where he went 0-1 with a 7.20 ERA. After one final season at Class A in 1966, he left baseball. Daviault, his hard-luck opponent, peaked with 12 games at Double A in 1965 and was also gone from pro ball after the 1966 season.

Daviault’s duel with Alspach gave him a share of one league record, but denied him another. Five nights later, on August 16, Daviault struck out 20 batters in a nine-inning, 3-1 win over Erie. His performance would have tied the league record for K’s in a nine-inning game — had Alspach not moved the bar higher less than a week before.17 It’s also worth noting that, for all their strikeout heroics, neither Alspach nor Daviault led the league in that category. The 1963 New York-Penn League strikeout champ was George Angel of the Geneva Senators, with 250 whiffs.18

Auburn went on to win the league’s regular-season championship with a 76-54 record, three games ahead of Wellsville and 13 ahead of Batavia. But the Pirates had the last laugh in the playoffs, beating Auburn in the semifinal round and the fourth-place Jamestown Tigers in the final to win Batavia’s first postseason title since 1946.19 A sore arm sidelined Alspach for the playoffs.20

The author thanks FultonHistory.com for providing several of the news articles used in research.

Image of 1966 Topps card #17 downloaded from the Trading Card Database.

1 The back of Stephenson’s 1966 Topps card reported that he played with a broken finger in 1963, appearing mostly in center field because he could not play behind the plate. Stephenson played 330 games at catcher during his 10-season major-league career, also making 15 appearances at third base and 12 in the outfield.

2 In his only major-league game, Hancken caught the ninth inning for the Philadelphia A’s against Cleveland on May 14, 1940. He did not make a plate appearance.

4 The other Batavia player who made the majors but is not mentioned here was pitcher Bob Lee, who went 20-2 with a 1.70 ERA in 27 games.

9 The old record was jointly held by two pitchers: Jerry Kleinsmith of Jamestown in 1948 and Ron Owen of Hornell in 1955.

13 Pinckney. McWilliams played four seasons in the minors, hitting an even .200 in 216 games. His career peaked at Double A.

15 The last-place Mets’ pitching staff gave up the most hits, runs, and home runs in the National League, posted the fewest strikeouts, and had the worst collective ERA.