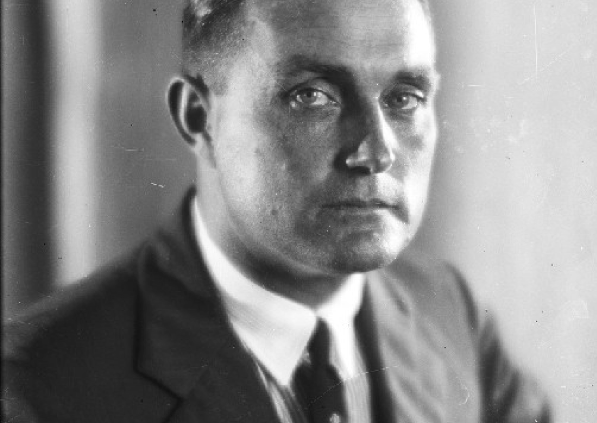 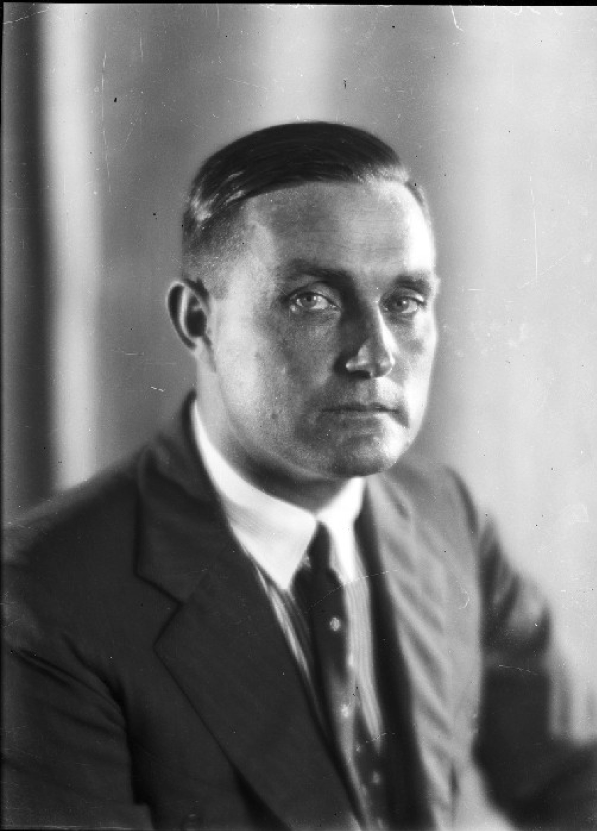 Billy Evans referred to Youngstown, Ohio, as his first love.1

And on a summer day in 1931, his Northeast Ohio hometown repaid his love in kind.

Evans was born in Chicago, but his family moved to the steel-producing city when he was a boy. His father, James, worked as a supervisor for the Carnegie Steel mill, and the family fit into the area’s thriving Welsh community, which included another mill worker who would become famous in the world of sports, John “Bonesetter” Reese.

Evans attended the city’s lone high school, named for Judge William Rayen, and his classmates included Albert Warner, who with his brothers would go on to form their eponymous movie production company. After high school, Evans attended Cornell with plans to become a lawyer, but was called home when James Evans had a stroke. After James died, Evans took a job with a local newspaper, the Youngstown Vindicator. Among his beat as sports editor were events at the city’s amusement park, Idora Park, which had opened in 1899 at the end of a trolley line. Also working at the amusement park was Harry Burt, whose Good Humor candy company would pioneer the manufacturing of ice-cream bars and the use of ice-cream trucks, and the Warners, who were showing movies.2 (Evans and the Warners remained lifelong friends; he had a standing invitation to visit them when he was on the West Coast.3)

And it was at Idora Park on August 17, 1931, that Evans was honored at an exhibition game between the Cleveland Indians and the Youngstown team in the Class C Middle Atlantic League.4 The team had been in Youngstown — its third location that season — for about a month, having started the season in Hagerstown, Maryland, and then moving to Parkersburg, West Virginia. Youngstown seemed like an inviting market, having more than quadrupled in size, from 40,000 in 1900 to 170,000 just 30 years later. (It was also home to a movie palace built by the Warner brothers in tribute to their late brother Sam, opened that May.)

Youngstown’s boom era coincided with Evans’s rise to prominence. He was pulled into umpiring a game he was covering, and from there, thanks to the intercession of another Youngstown native, Jimmy McAleer, Evans moved into the American League. He remains the youngest man ever to be a major-league umpire, and after a 22-year arbiting career, including six World Series, Evans was named general manager of the Indians in 1927. He’s believed to be the first man to hold that title for a major-league team. Evans was well-respected enough that when Ernest Barnard died, he could have succeeded him as American League president. But he opted to stay in Northeast Ohio.5

In-season exhibitions were the norm for major-league teams at the time, but Evans as general manager had steadfastly refused to schedule them, wanting to keep his players fresh. However, he was willing to make an exception for his hometown, noting that it was the first in-season exhibition he’d scheduled in the four years he’d been with the Indians.6 And the Buckeyes also accommodated the game, returning to Idora Park in the middle of a two-week road trip for the exhibition.7 But then, they could use the change in scenery, having lost 16 of their previous 19 games.8

Cleveland manager Roger Peckinpaugh, who it was announced two days earlier would return for the 1932 season, played his starters, and an appreciative — and sometimes unruly — crowd turned out. The Plain Dealer estimated attendance at 5,000, as did the Telegram, while noting that only half of them were paying customers. “It looked as tho [sic] every kid in town had scaled the fence to get inside the ballpark.”9 The crowd included Evans’s mother and his son, dressed up in an Indians uniform, as well as city leaders and actress Bessie Love, who was performing at the Keith Palace Theater in downtown Youngstown.

The game started at 4 P.M. Originally, the plan was to play it in the evening under floodlights, but this was almost four years before the first major-league night game, and the American League expressly prohibited night baseball.10

The Indians got on the board in the first inning, when, with Odell Hale at third, Earl Averill hit a home run to the Jack Rabbit in right field. (The Jack Rabbit, an out-and-back side-friction roller coaster, ran parallel to the first-base line and then turned inward just beyond the right-field fence. Only the mightiest home runs cleared the roller coaster.) The Buckeyes answered in the third when Babe Phelps socked a three-run home run off Indians starter Roxie Lawson. In the break between the top and bottom halves of the inning, Evans was presented with a large floral arrangement and a travel bag.

The Indians retook the lead in the bottom of the third, pushing two runs across, but starter Lefty Carney was lifted for Walt Masters, who’d gone directly from the University of Pennsylvania to the Washington Senators earlier that season, but hardly distinguished himself there. However, this day on the South Side of Youngstown, he was almost unhittable. “Masters slow-balled the Indians into submission,” the next day’s Telegram said. “He didn’t pitch a half dozen fast balls during his stay on the mound, and the Redskins could do little with his teasing slow ball and deceptive curves.”11 (Masters ultimately made eight major league appearances, and also played in 12 games as a quarterback and punter in the NFL.)

The Buckeyes took a lead they would not relinquish in the top of the fourth when, with the bases loaded, Earl Christensen hit a three-run double. Two innings later, Masters drove in two runs with a triple, and then came around to score himself.

The Buckeyes added a run in the top of the seventh, and in the bottom half of the frame, the Tribe chipped away. Dick Porter singled to left field, Hale walked and Averill was hit by a pitch to load the bases. Porter scored when Ed Morgan grounded into a double play, and Hale scored after Walter Cazen bobbled a grounder by Joe Vosmik. But Masters got Willie Kamm to pop out to end the inning. Hale singled with Porter at second in the bottom of the ninth, cutting the lead to three, but the Indians would get no closer.

The Indians quickly departed Youngstown, with a doubleheader on tap against the Senators — and Evans left sooner than anticipated as well. “A testimonial dinner was planned for Evans at the Ohio hotel last night, but thru [sic] an oversight on the part of somebody the guest of honor was not notified in time to alter a previous engagement,” the next day’s Telegram reported. “Evans returned to Cleveland shortly after the game.”12

4 Most records, including William Akin’s book on the league, say the team was called the Tubers — in reference to Youngstown Sheet & Tube, the largest local steel producer — but contemporary coverage from the Youngstown Telegram and the Cleveland Plain Dealer identifies the team as the Buckeyes — the nickname they’d take the next year. The Youngstown Vindicator called them the Youngstown Mid-Atlantic team.